This thread is for the general discussion of the vehicle Rust to Track. Please add to the discussion here.
Last edited: May 4, 2021

Picked this 1995 Talon TSI AWD project up from a local guy who had owned the car for 15ish years of its life. Was driven (195k miles) most of its life here in the Midwest and has rot issues in the rear wells and a bit on the passenger side strut tower. I have a soft spot for these things and couldn't pass it up. Paid 1500$ for it...not the greatest deal but it was local and I've been looking for an AWD to build. With the shortage of AWDs lately and the all to common issues of rust I wanted to challenge myself to see if the rot can be fixed and how bad doing the job really is. So this build thread will follow my journey to getting this car from a sitting broken down rusty shell to a hopefully somewhat respectable car that I can take to an event LIKE #GRIDLIFE.

My goals for the car are to have a car I can learn to road race on. I've been into cars for as long as I can remember and have always valued suspension over going fast in straight lines. So I am going to attempt to use this car to learn how to race in a controlled environment. Ill be honest I have no clue if there are even events like these near me or if I am even capable of doing this but I've always wanted to. So wish me luck and here we go.

Here is how I found her on day one... 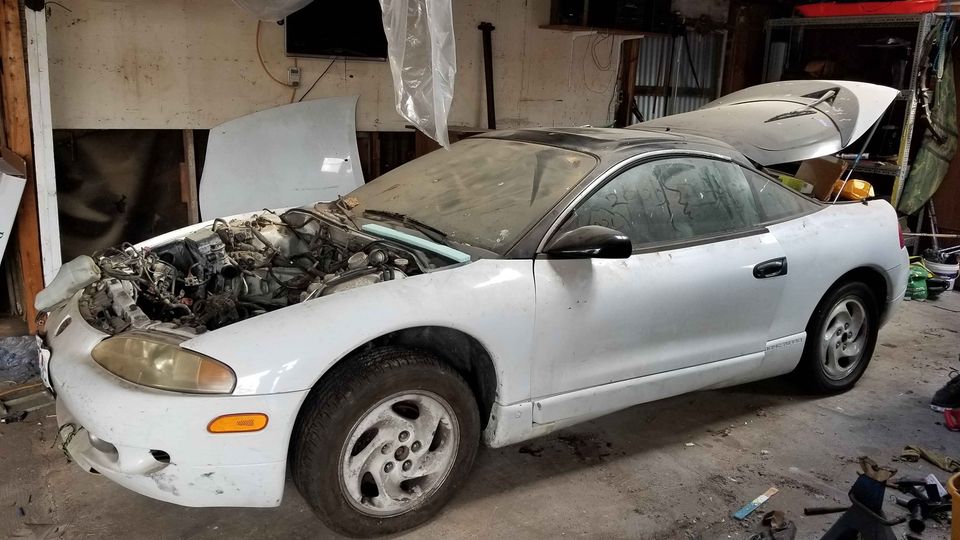 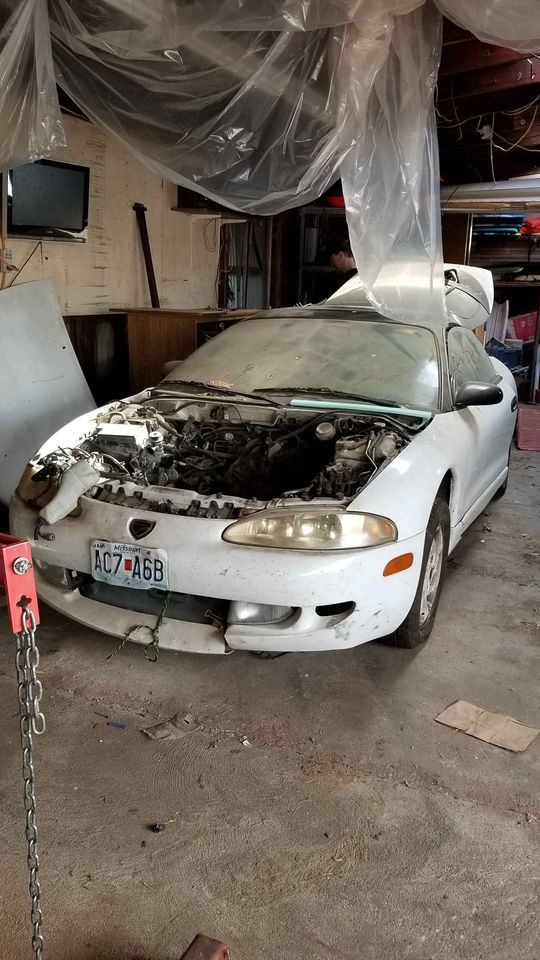 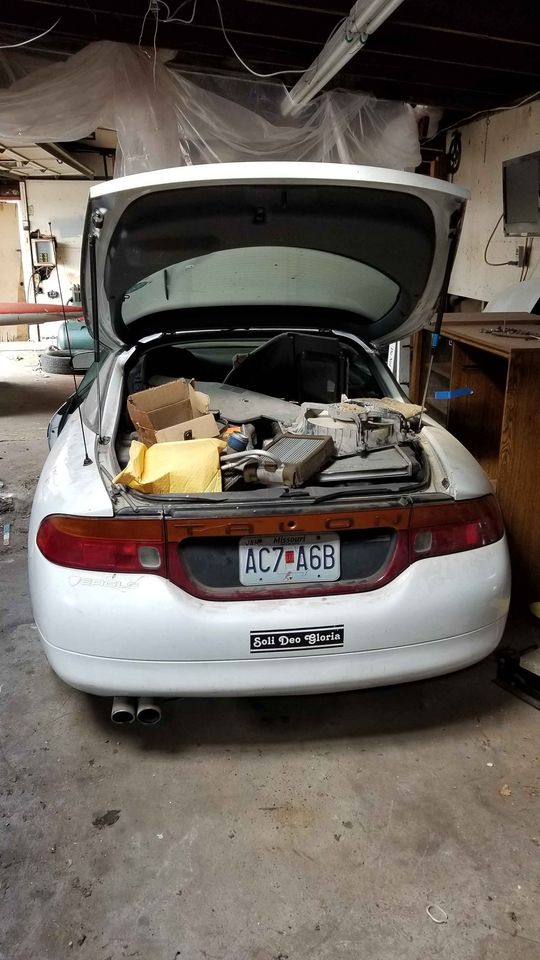 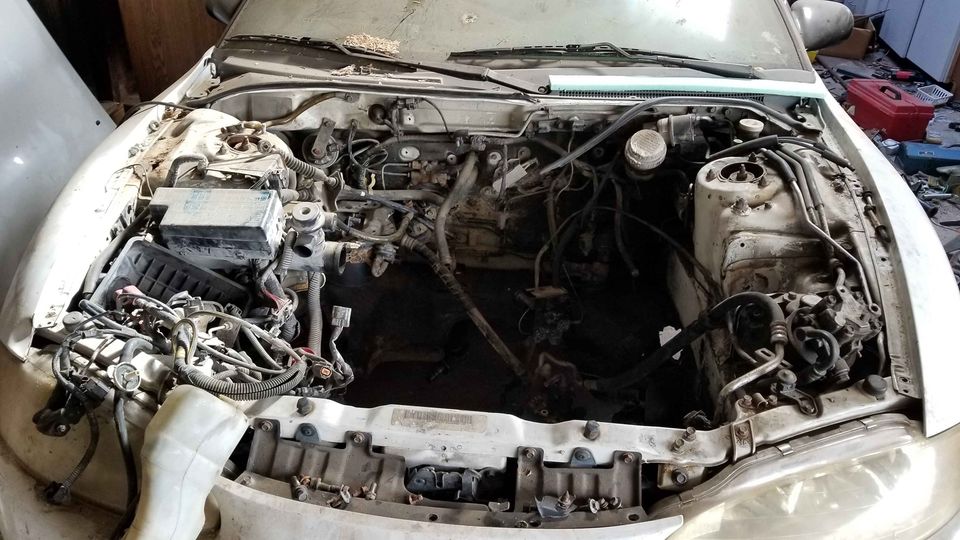 A couple weeks or so after purchase:

Towed the car home and basically let it sit for a couple weeks. Honestly I was torn between whether to keep the car or to flip it. The rot in the rear wells is quite bad but I've seen worse and gotten rid of other AWD shells with worse. But I've never really done this kind of work before and just wasn't sure if this shell was worth it or not. So I set a few goals and mile stones for me to hit before I made my decision. In order for me to make my decision I needed to see what the rest of the shell offered and so therefore I started to dig in.

So I pulled the side skirts and outside of the little screws being rusted the rockers and the frame rails are in really good condition. The pinch welds at the rockers are probably the least mangled and straight I've seen in a long time. After that I gave it a multi stage bath so I could get a better idea on the condition of the paint. Turns out the paint is not faded anywhere, and outside a bunch of door dings along the body bulge the body is in really good shape. First couple of bullets checked off and the car passed, but still unsure if I'm keeping it or not but the car is trying hard to impress 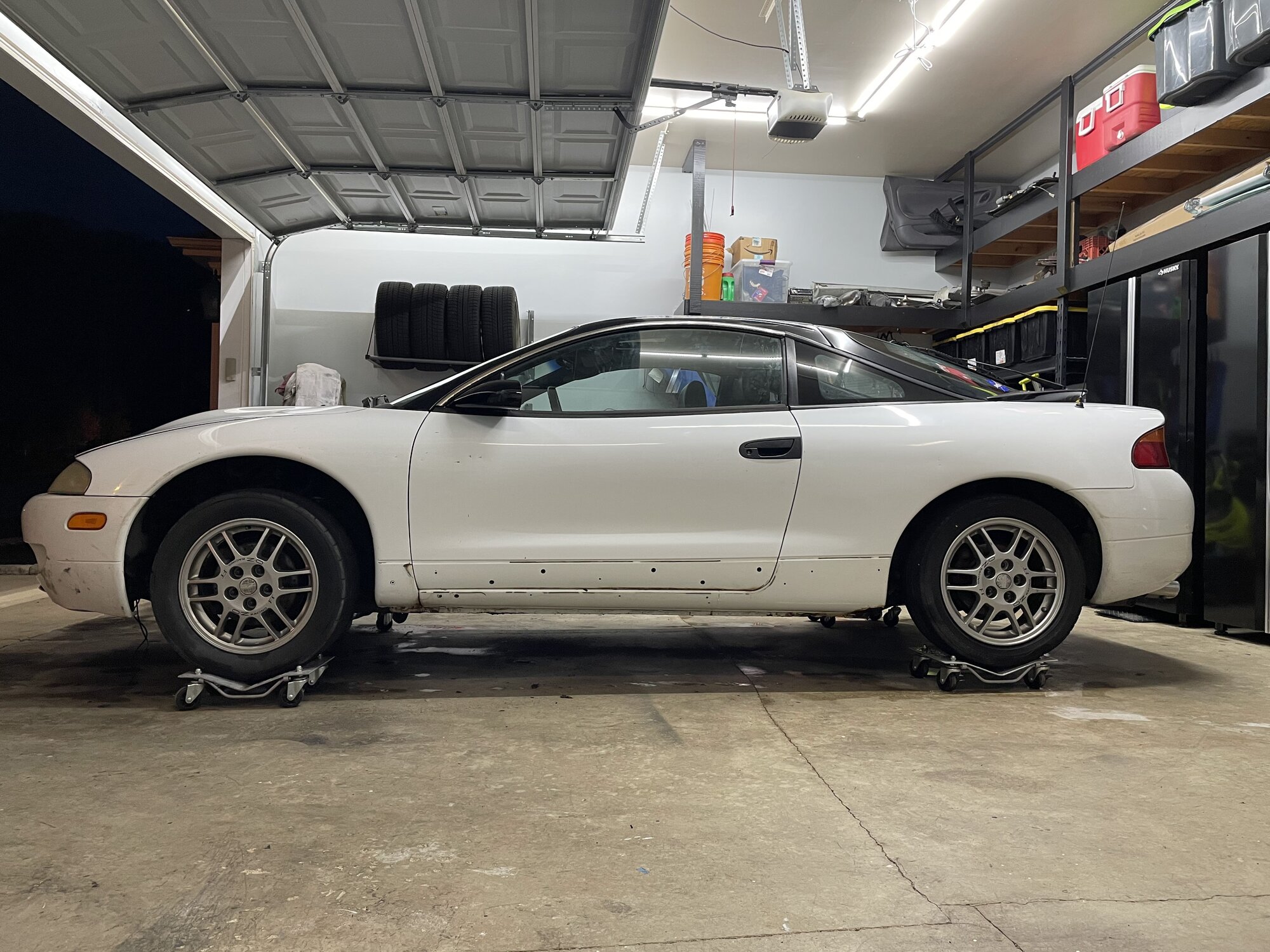 Next step was the clear the hatch of all the crap and pull the front interior so I can get a really good look at the floor pans. Previous owner was...um...dirty. 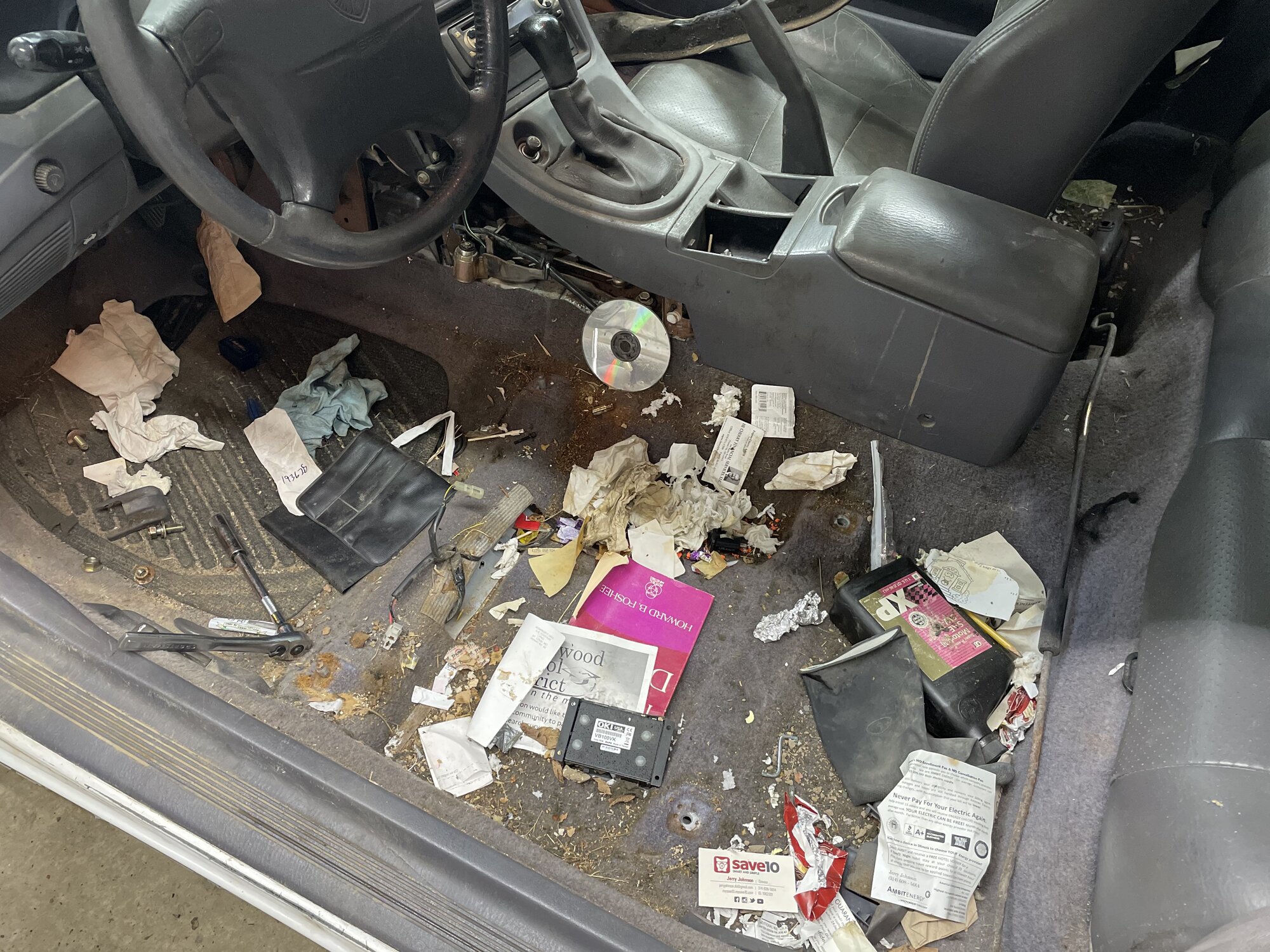 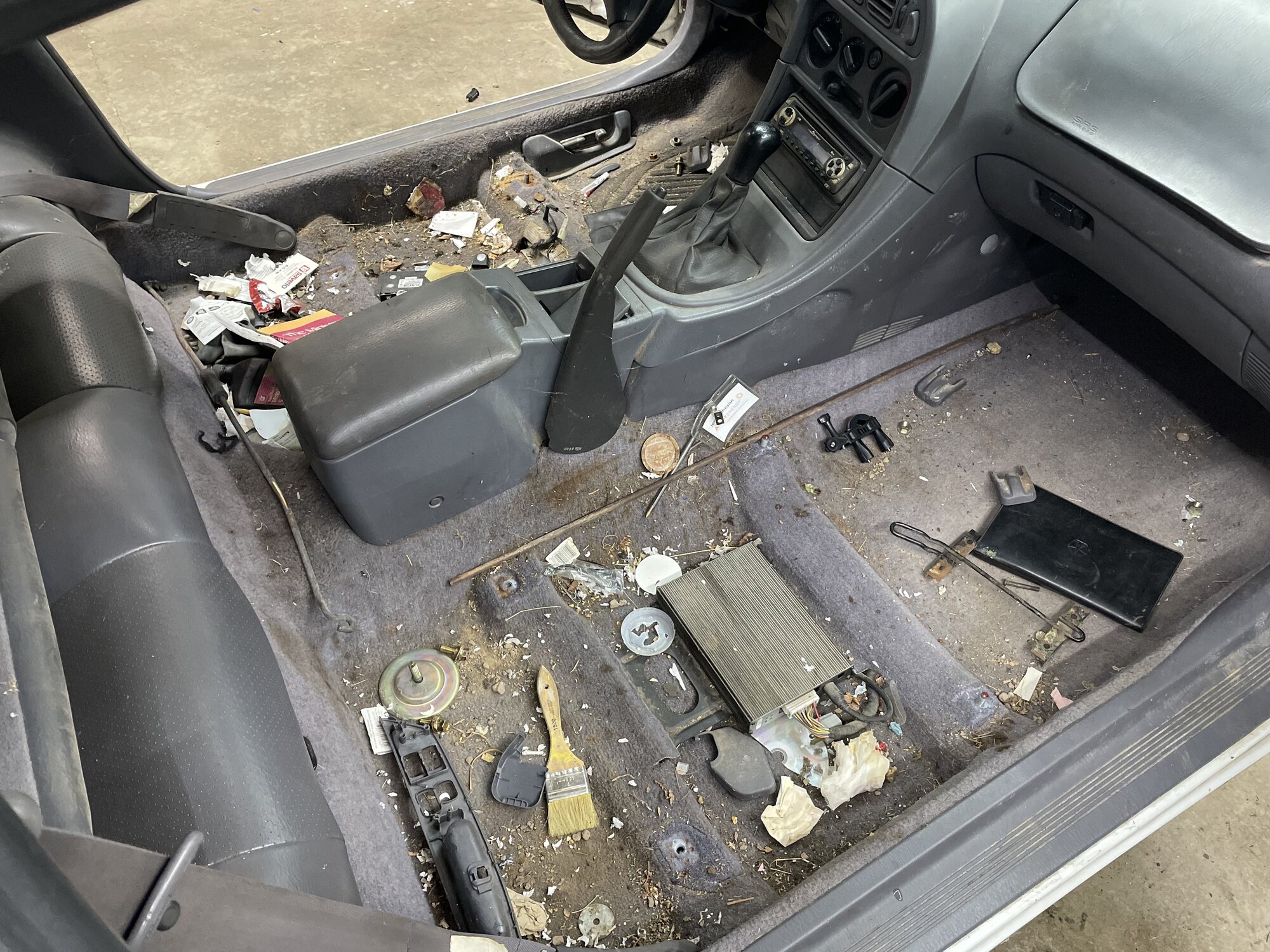 Got down to the pans and outside of being dirty as all heck there is no rust at all and they are all in great shape. 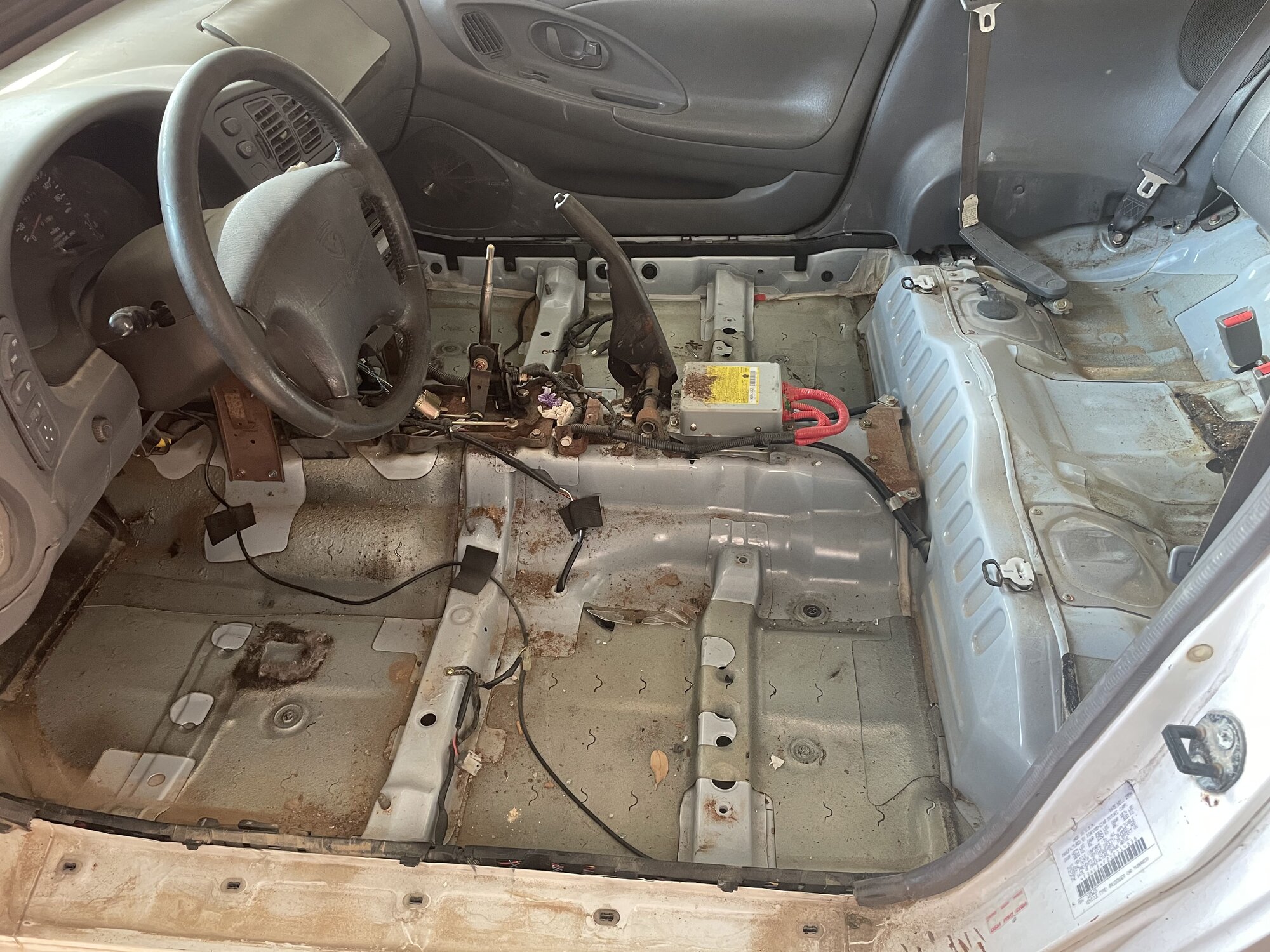 Lastly, and its hard to tell the condition from the picture but the rear hatch area is super clean. No rust at all. Idk how the rear wells rotted so bad but the rest of the car (outside the passenger strut tower) avoided rust. I mean its a good thing but just amazes me. 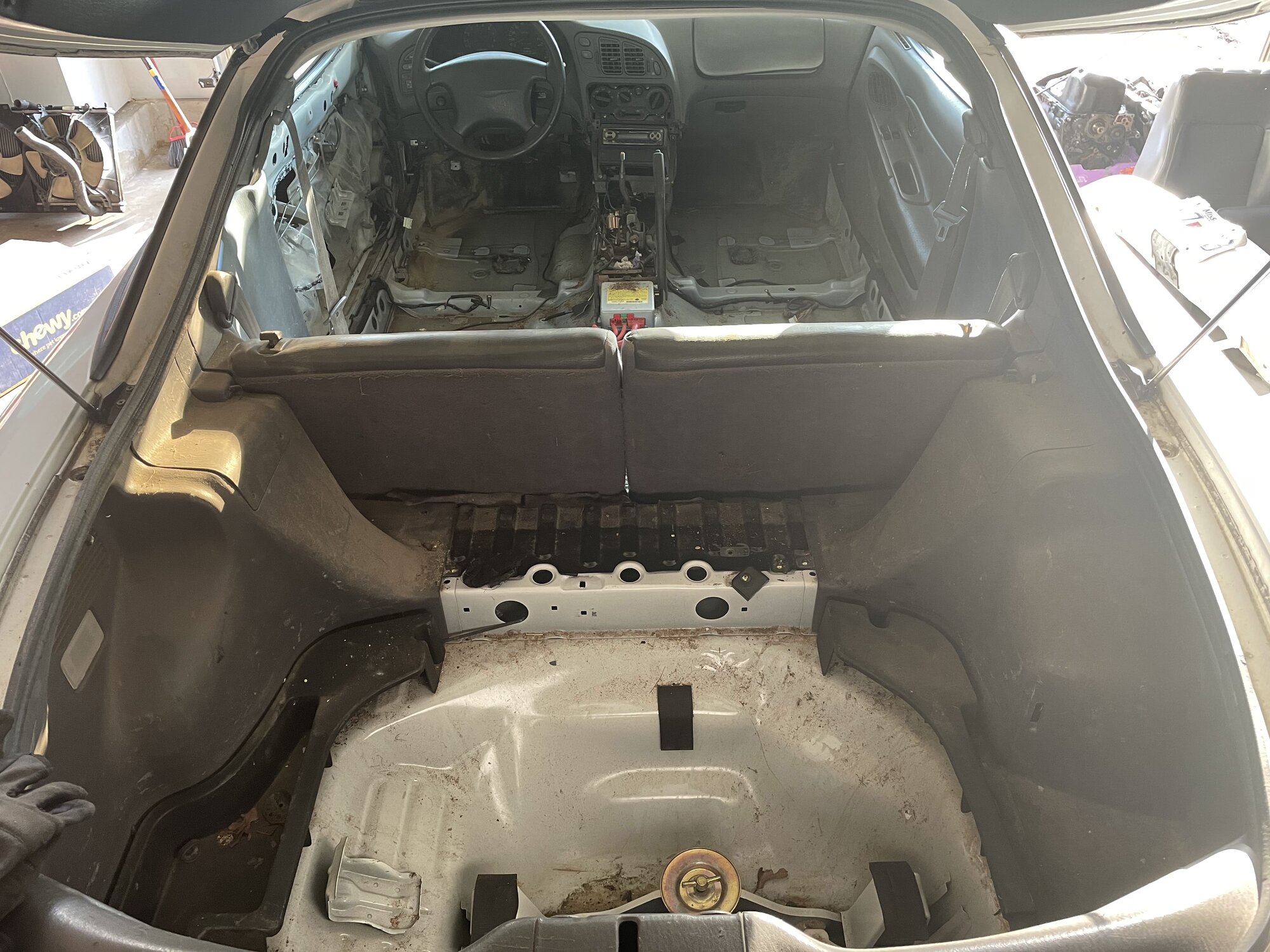 So after a bit of digging and detective work I have decided to keep the car...if the build thread didn't already give it away

I'm glad to see people appreciate these cars enough to bring them back to life. Good luck!

As mentioned before this car has a bit of rust issues in a few places so I wanted to tackle one of the issues that I wouldn't easily be able to replace or repair and that was the front crossmember. Luckily I got to it in time cause it was scaling pretty bad, so I took some time with a wire wheel and then treated it with some rust reformer and then painted over it with Rust-oleums rust preventative protective enamel flat paint. This will hopefully convert/protect the crossmember for the foreseeable future. 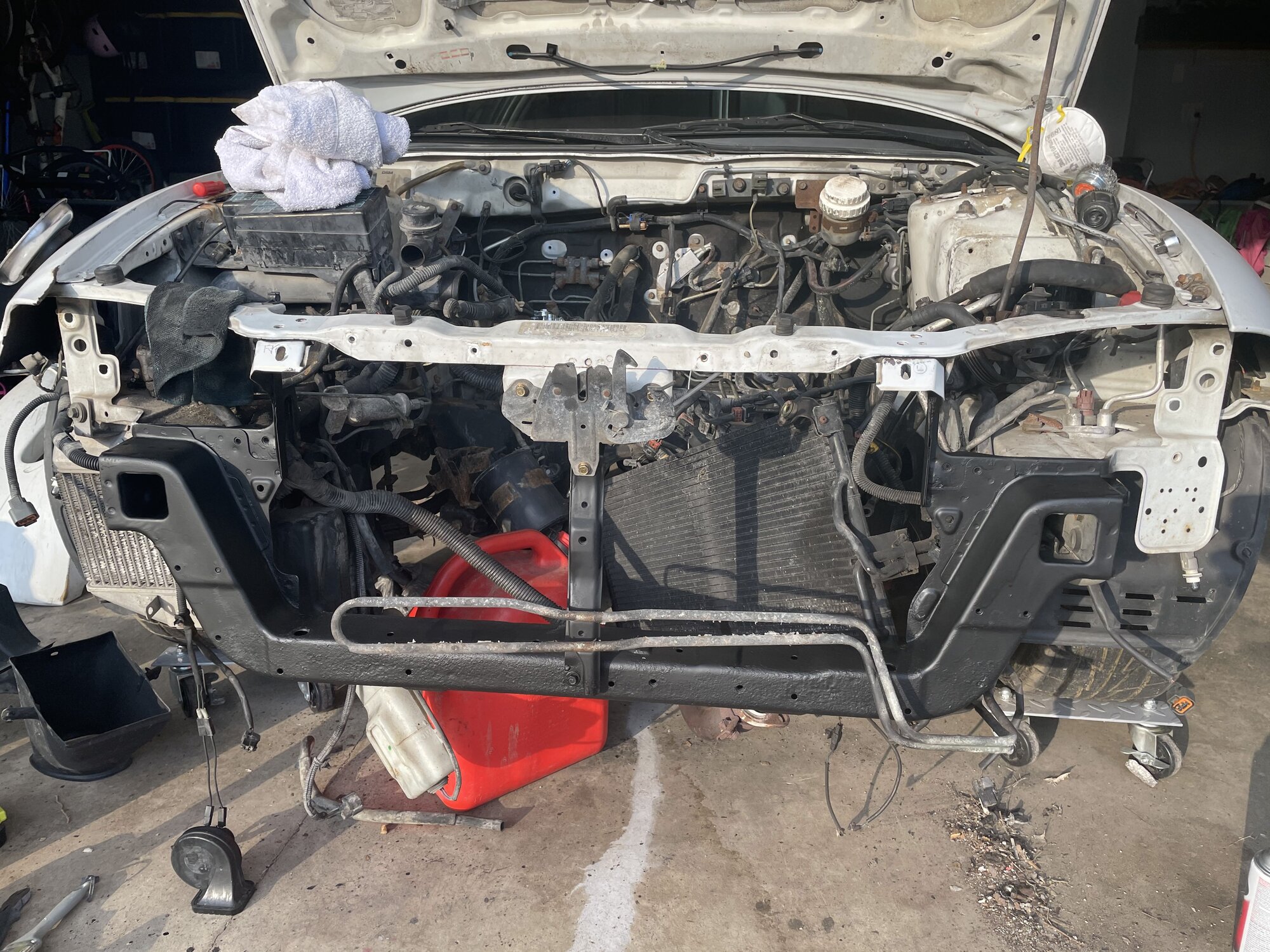 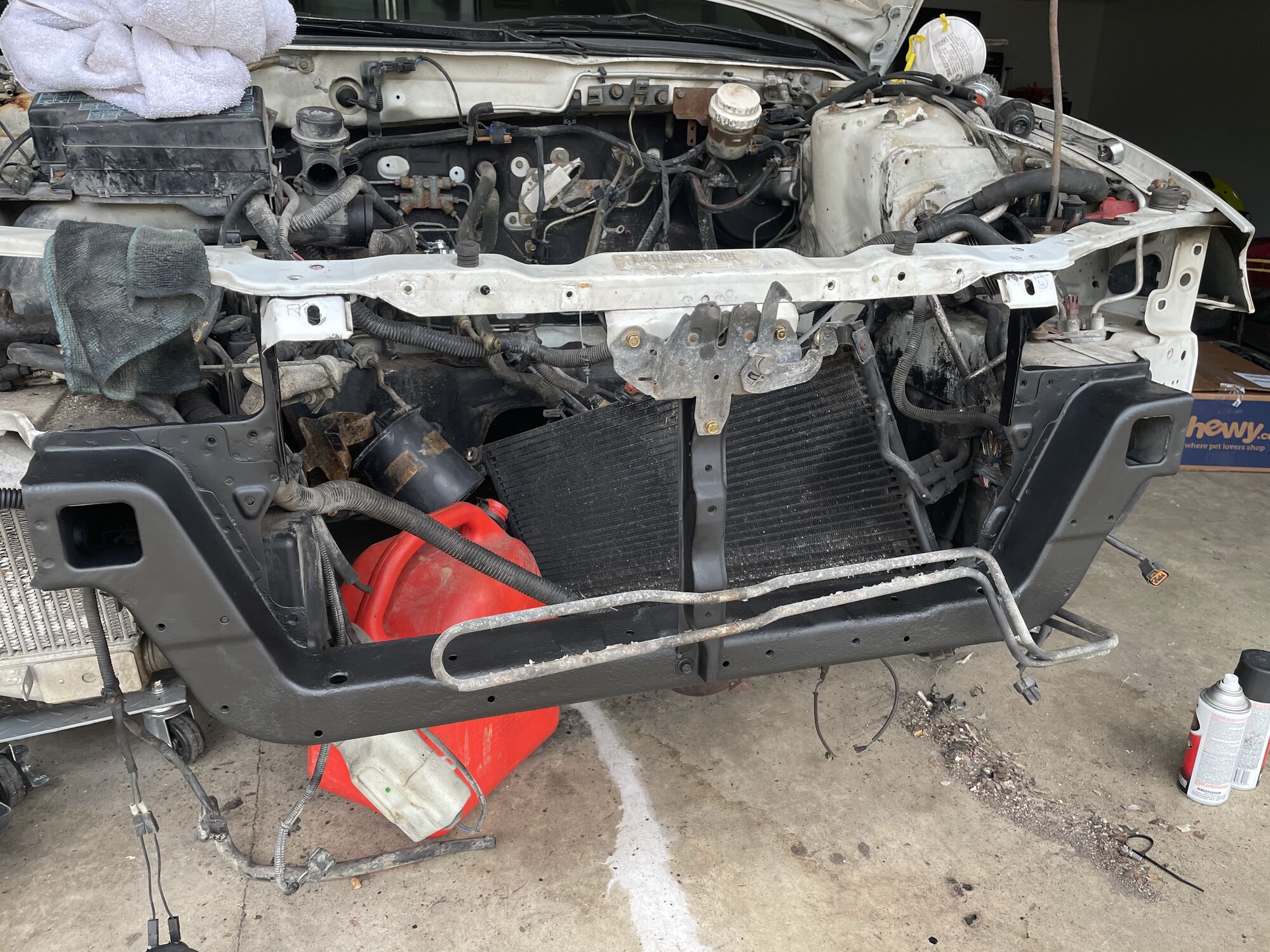 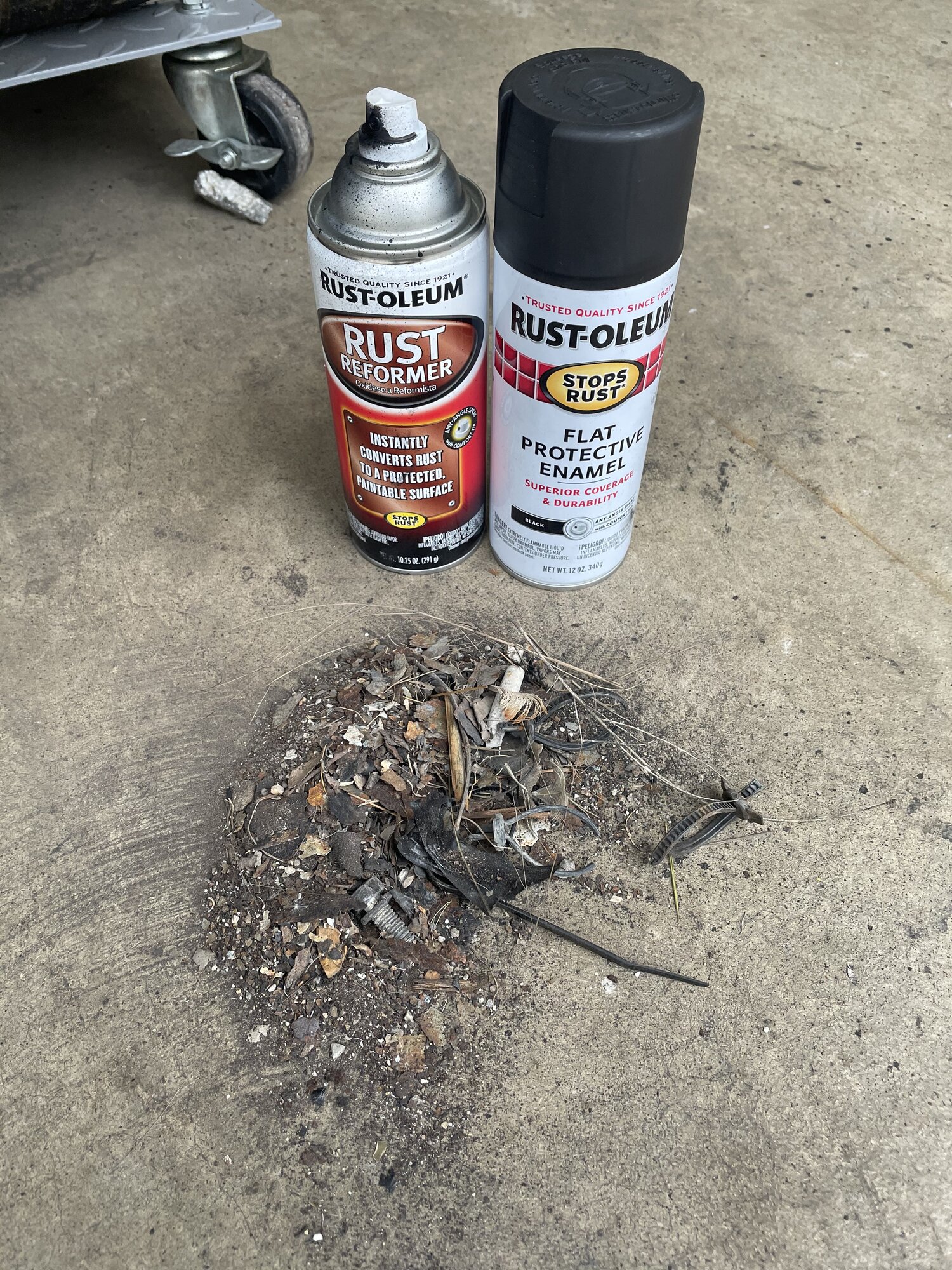 The driver side door handle was broken, so before I installed a new one I wanted to try my hand at paint matching it. It started out pretty good, but my experience with more finished painting is next to 0. The picture doesn't show it well but I ended up having to much paint built up in certain areas and the black plastic bled through the paint once fully cured. I think my issues were I rushed the job a bit and didn't give the adhesion promoter and base coats enough cure times. As well I think I double coated a few areas so I had wet paint under dry paint. I hate it but at least it somewhat matches the car. I have a new set of handles and Ill attempt the job later down the road and try and learn from my mistakes. 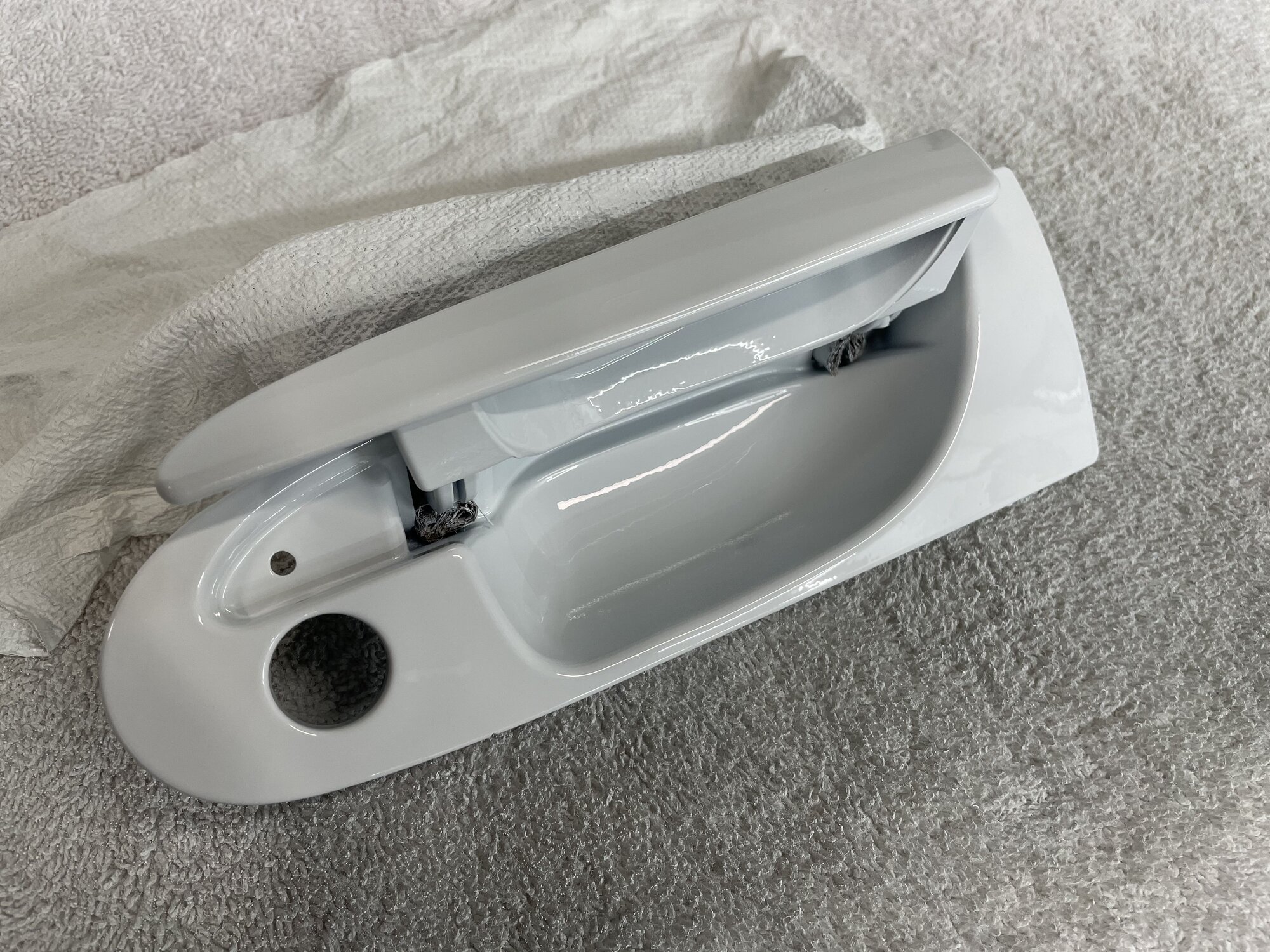 Finally I cleaned (clean compared to what it was) the carpet. I have torn into some dirty cars before back in my days of detailing cars as well as some dirty DSMs but man o man is this car just filthy. Not only was the carpet stained in areas but underneath on the body was just covered in dirt, grim, food, gunk you name it. Its going to take a bit of time to really get this thing cleaned up. After power washing the carpet and letting it dry for a few days I decided to dyed the carpet black. I think it came out pretty good but shows way more dirt. 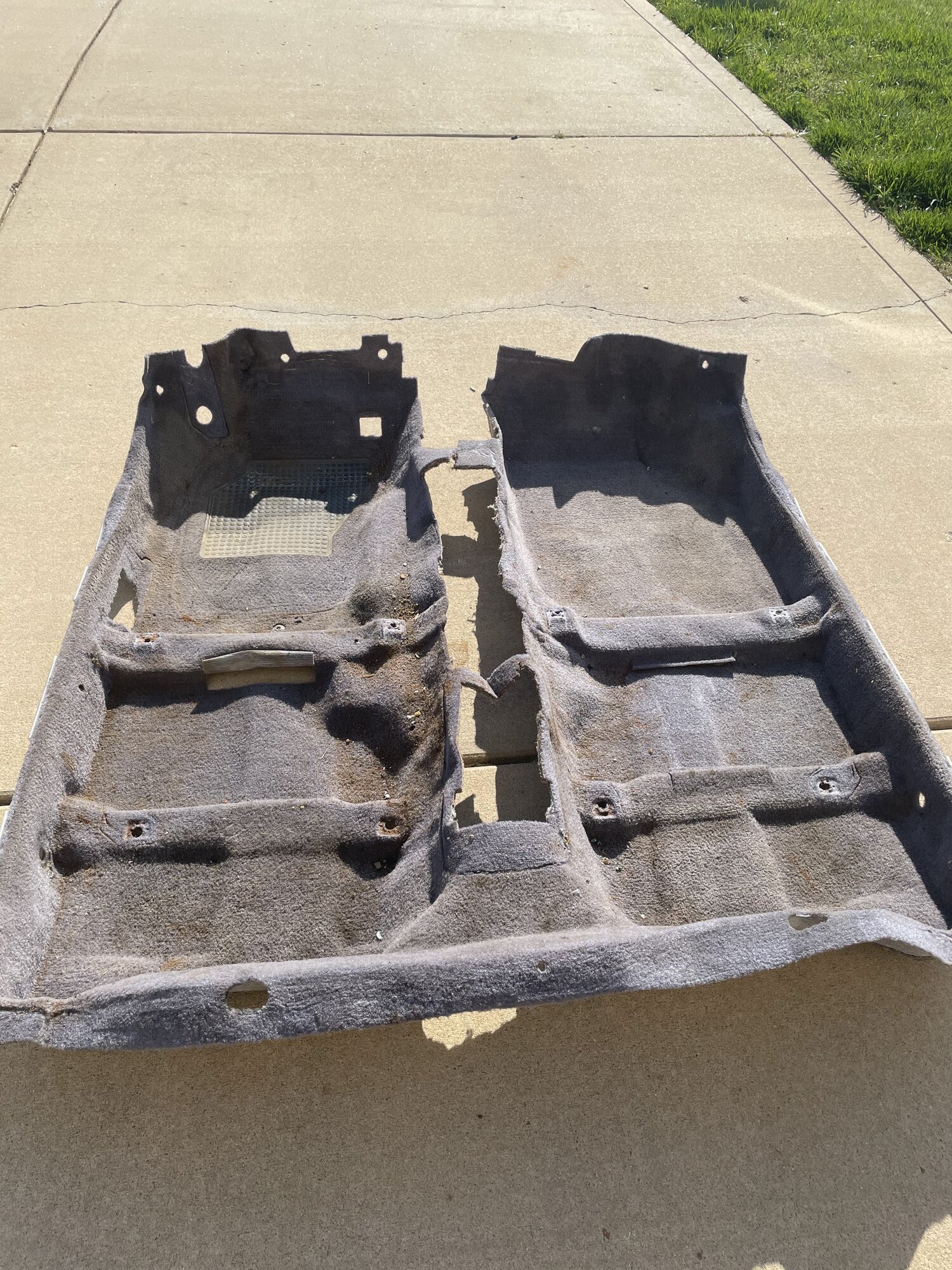 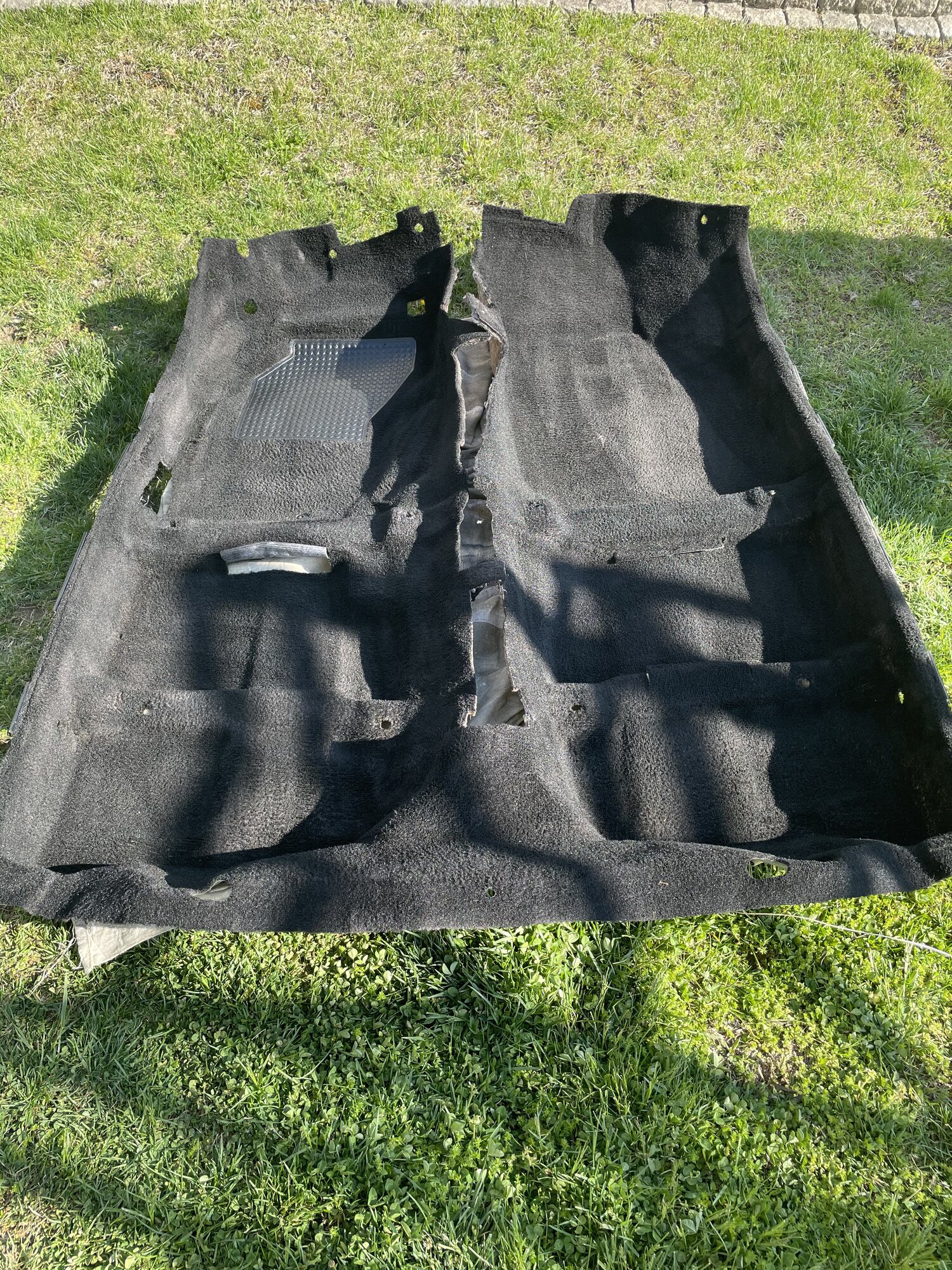 This picture gives a better idea on how black the carpet is: 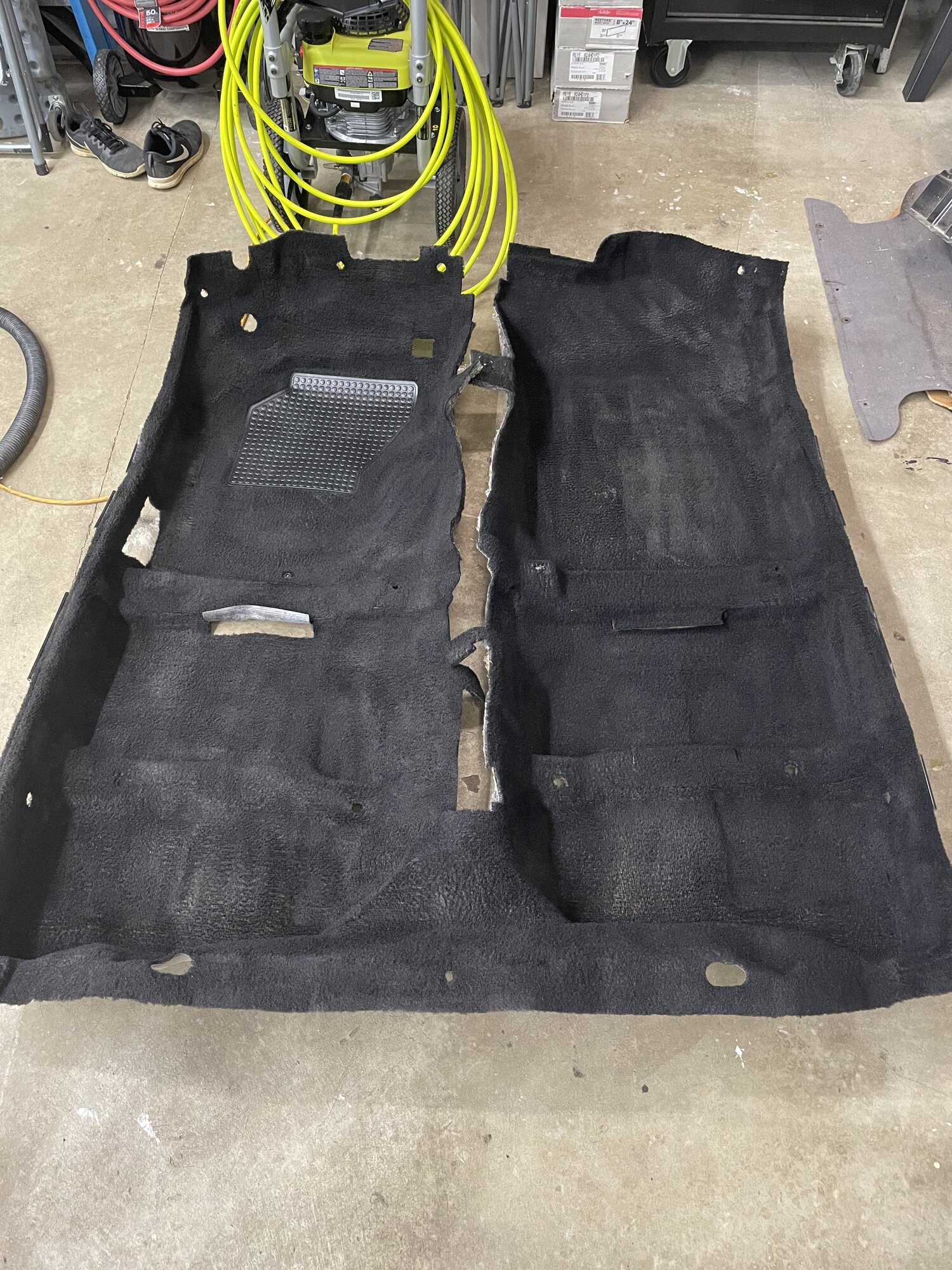 1995 Eagle Talon TSi AWD
Road Race Build
You must log in or register to reply here.