TK's9d2TSi said:
Look closely. I think it says it on the coil.
Click to expand...

Yeah I tried... unless something is covering it I can’t find it. I’m just worried that if I got that confused and found so many different orders then whoever hooked up the coils maybe have had a different order in mind and got the wires crossed etc.. other then this boost leak is only thing that makes sense. Car runs rough, no power or pep... almost like it’s flooded out or something. Sluggish and lacks power. Don’t know how to describe it

Crossing firing order will not cause damage. If you read that post, you’ll see the timing was off and that’s what caused the damage.


Thomas Mason said:
Yeah I tried... unless something is covering it I can’t find it. I’m just worried that if I got that confused and found so many different orders then whoever hooked up the coils maybe have had a different order in mind and got the wires crossed etc.. other then this boost leak is only thing that makes sense. Car runs rough, no power or pep... almost like it’s flooded out or something. Sluggish and lacks power. Don’t know how to describe it
Click to expand... 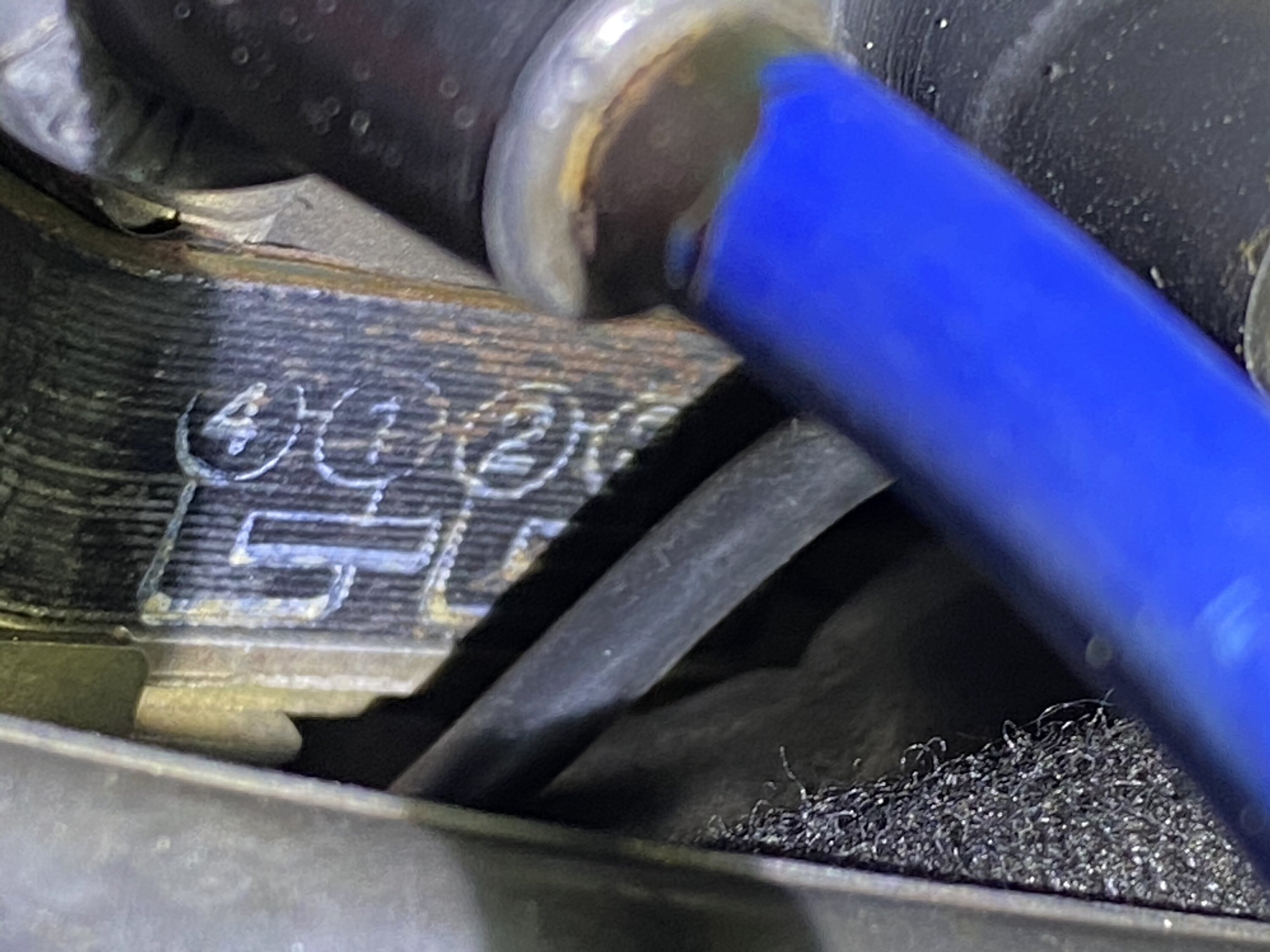 Yeah that’s the unfortunate part of buying someone else’s project. You’ll just have to go over everything and I mean everything. Do you know if it’s a stock ecu? Stock injectors?

So looking at your profile, it seems the car is pretty much stock. Is that correct?
Last edited by a moderator: Dec 11, 2020

To my knowledge yes. I just got possession of the car and usually work a lot but had a health scare last week so I had paid time off. Still looking into everything and learning what I can on the way.

XC92 said:
...so I was just wondering what could happen. And interestingly, I did a quick google search of this and found this:


Only one and i mean only one time I have seen a valve slam threw a piston but Im pretty sure (The guy fights with me over this) the car was out of time anyway. It was on a 92 Mitsubishi eclipse 2.0 turbo that had been heavily modded…. Shaved heads – cam and valve replace ments -over sized valves so on…

He had done the same as you – Was replacing spark plug wires and crossed one. As soon as the engine fired a tapping occurred and he reved the in to 1500 and boom. I confirmed a crossed wire (But never confirmed a timing issue)​
Click to expand...

TK's9d2TSi said:
Crossing firing order will not cause damage. If you read that post, you’ll see the timing was off and that’s what caused the damage.
Click to expand...

The spark plug firing order has absolutely nothing to do with the mechanical timing of the engine. The story you've provided is nothing more than happenstance. It would be no different than concluding the engine blew up because he modified his car, shaved the heads, or had oversized valves. Correlation is not causation. Firing the spark plugs at the wrong time cannot make the valves contact the pistons in a properly timed engine.
Brian

Thomas Mason said:
To my knowledge yes. I just got possession of the car and usually work a lot but had a health scare last week so I had paid time off. Still looking into everything and learning what I can on the way.

Thanks. So the pipe leading to the intercooler... I found fluid in. Can’t tell what it is right this second


Thomas Mason said:
Thanks. So the pipe leading to the intercooler... I found fluid in. Can’t tell what it is right this second
Click to expand...

Looks like oil. It’s either coming from the turbo or the valve cover breather recirculating back to pre turbo. Remove the intake and see if that’s wet. If the intake is clean, it’s most likely turbo seal. While you have the intake off, check for turbo shaft play. Little side to side is acceptable, in and out play is no bueno

Appears to be oil Thomas. Not an unusual thing.

I'm going to go with Tony and Marty on this one.
You should have a hose coming off your valve cover, left hand side, going to the intake right after the MAF that will bring oil vapor that condenses in the intake/turbo area.
If you remove the section of piping, like Tony pointed out, it's the piece right after the MAF that leads to the turbo intake and see if you have oil streaking from where the valve cover breather hose is connected.
If it's clean, then it's turbo oil seals.

For rough running, definitely check boost leak and timing.
I'm a little jealous you have the BOV recirc setup properly. That's something I'm still trying to figure out with my Apexi intake and ebay BOV.

Really? Guess they did something right on it. guy had receipts from work being done in the car, mostly from extreme psi so it doesn’t surprise me it’s done right I guess. Thanks bro I’ll look into that, cause that’s where I found oil in the pipes... been thinking all day my turbo may be bad I realized when rev’n the car a little, not enough to piss off neighbors, that I wasn’t hearing the turbo spool or purge any. Just thought maybe I wasn’t pushing gas enough but loss of power and what not makes me lean that way

So, in my case, I have to really work to spool the turbo outside of second gear. At idle I have to wrap it decently (3-4K) before punching it up towards redline to get enough spool to throw the BOV.
But really though, if it idles fine, you've probably got wires in the right order. If it's bogging on gas application, it's probably a boost leak.

If you do suspect the turbo, the easy check is to pull the intake post MAF to get at the compressor wheel to do a little jiggly and see if you have a bundle of shaft play and spin it with your fingers to see if it goes smoothly or drags. Think fidget spinner, the longer it spins after you've spun it, the better it is

That’s good to know... gives me hope. I haven’t even tried to punch it yet cause the plates was expired and it’s sitting in my daughters moms drive way. We are all street parking and I haven’t had much time off to mess with it. I gotta figure out what’s inside of it for sure. It has too much done to it to be a stock turbo I think, but idk. Hks exhaust, forced performance manifold.... Tial bov and special Rods I believe the paper work said. Hate to think that’s all on stock turbo. When I pulled the pipe off and seen the fin side... I felt for play in the shaft... there was none. The turbo spun smooth... the trans has been rebuilt. The engine is a low mile engine. I’ve fiend for this car for years and finally got it and looking at it like

Wait so I just accidentally found a video on YouTube... is it bad to run a bov on a maf based car?
Last edited by a moderator: Dec 16, 2020

No, absolutely not. You have to have it on higher boost (idk, like more than 6psi) rigs to keep back blast from chattering your turbo to pieces. When you let off the gas and slam that throttle plate shut, all the air pressure that you've compressed after the turbo that is inside the intake charge piping has to go somewhere and thats what the bov is for. This is so the turbo compressor wheel doesn't get reverse pressure trying to force it in the other direction while its still spun up. The way a bov system on a MAF car is designed is to return the air to the intake pre turbo so that the air that the MAF has accounted for is still in the system and you don't run rich. Otherwise, for those of us that don't have the recirc system setup and vent to atmo, we run a bit rich after letting off the gas and then when we get on it again, dump fuel into the exhaust (which can create some dramatic backfires if you're not tuned for this) but nothing so hazardous as to damage engine components.


This is has been my understanding of the system for a while now so far as I've read/experienced. If anyone else has better information, please fill me in!

Edit: After a bit more research, the turbo flutter when off the gas is fine as it is just air getting chopped by the turbo, which is no longer trying to spin up because there is no exhaust flow(more or less) so it is left to free wheel and it slows the turbo down.
Now, if you have turbo that flutters while boosting, then you can get destroyed turbo real quick because exhaust pressure is trying to spool the old snail to compress more air than the engine can accept and the excess air is actually trying to force its way back through the turbo while the turbo is still trying to force more air into the engine. This is bad juju.


Extra edit: Our cars come stock with a recirc or bypass valve as opposed to a blow off valve. Here is a video explaining the difference between the two and the ups and down.

Well... I found two more plugs unplugged... def gained some power back but haven’t figured out what’s what yet... now finding a knocking on wood sound coming from
Ignition coil intake manifold area?! Attaching pictures of two plugs if anyone can identify em that would be helpful. Hitting google as soon as my hands are warm

Sometimes this knocking or tapping wood sound stops when I unplug coils. All coils are throwing sparks like they are working... car didn’t stall during this whole process

Found these under radio


TK's9d2TSi said:
The one by the radio looks to be a cd changer cable

I was hoping it’s cables to some kind of tuning ha ha... haven’t got the nerve to take ecu out
Last edited by a moderator: Dec 15, 2020

Thomas Mason said:
I was hoping it’s cables to some kind of tuning ha ha... haven’t got the nerve to take ecu out
Click to expand...

It’s nothing man. 3 connectors and a few 10mm bolts. Tbh I don’t think it has link. Cable would connects to the obd port FYI.


Thomas Mason said:
I was hoping it’s cables to some kind of tuning ha ha... haven’t got the nerve to take ecu out
Click to expand...

Anyone know if the 1998 gsx has a factory boost controller ? I seen a video showing it was located somewhere beneath the intake by passenger headlight ? Got too cold and dark plus daughter had cheer so I had to wrap it up for the night. Thanks ahead
Last edited by a moderator: Dec 15, 2020

1998 Mitsubishi Eclipse GSX
Street Build
You must log in or register to reply here.