Hello family
At the moment a mechanic told me to clean up everything I could with clean brakes to see if the leak was from the camshaft seals.

To my disappointment, I have been spraying for 2 hours, cleaning a little from above where I could and testing, starting and stopping the car, the camshaft seals and valve cover does not leak oil, the leak has to come from below, the problem is to be able to remove what is left of the distribution cover or if by raising the car with some small 2T elevators I can see something.

I put photos at the moment of the leak that is seen in the cardboard. 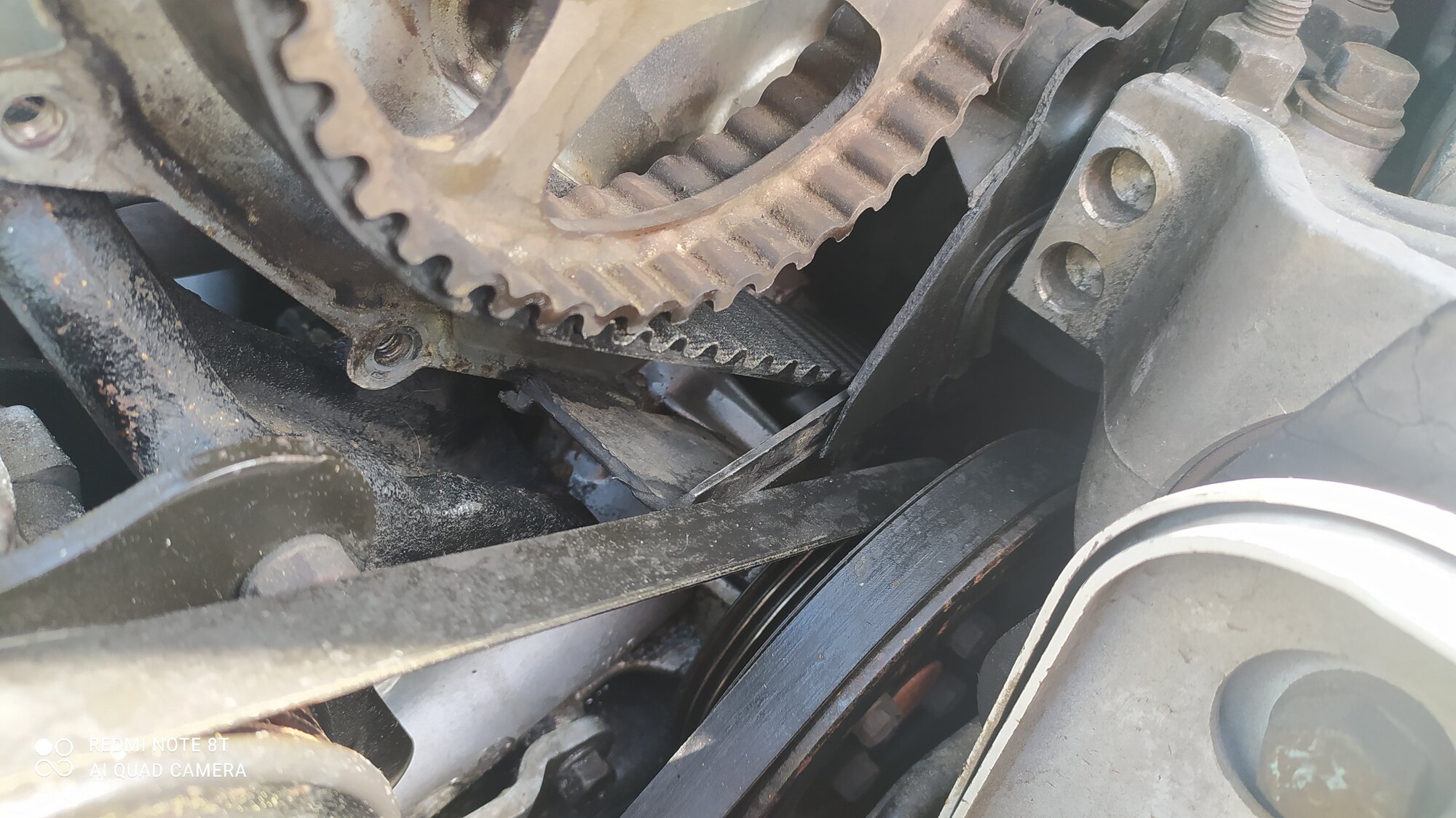 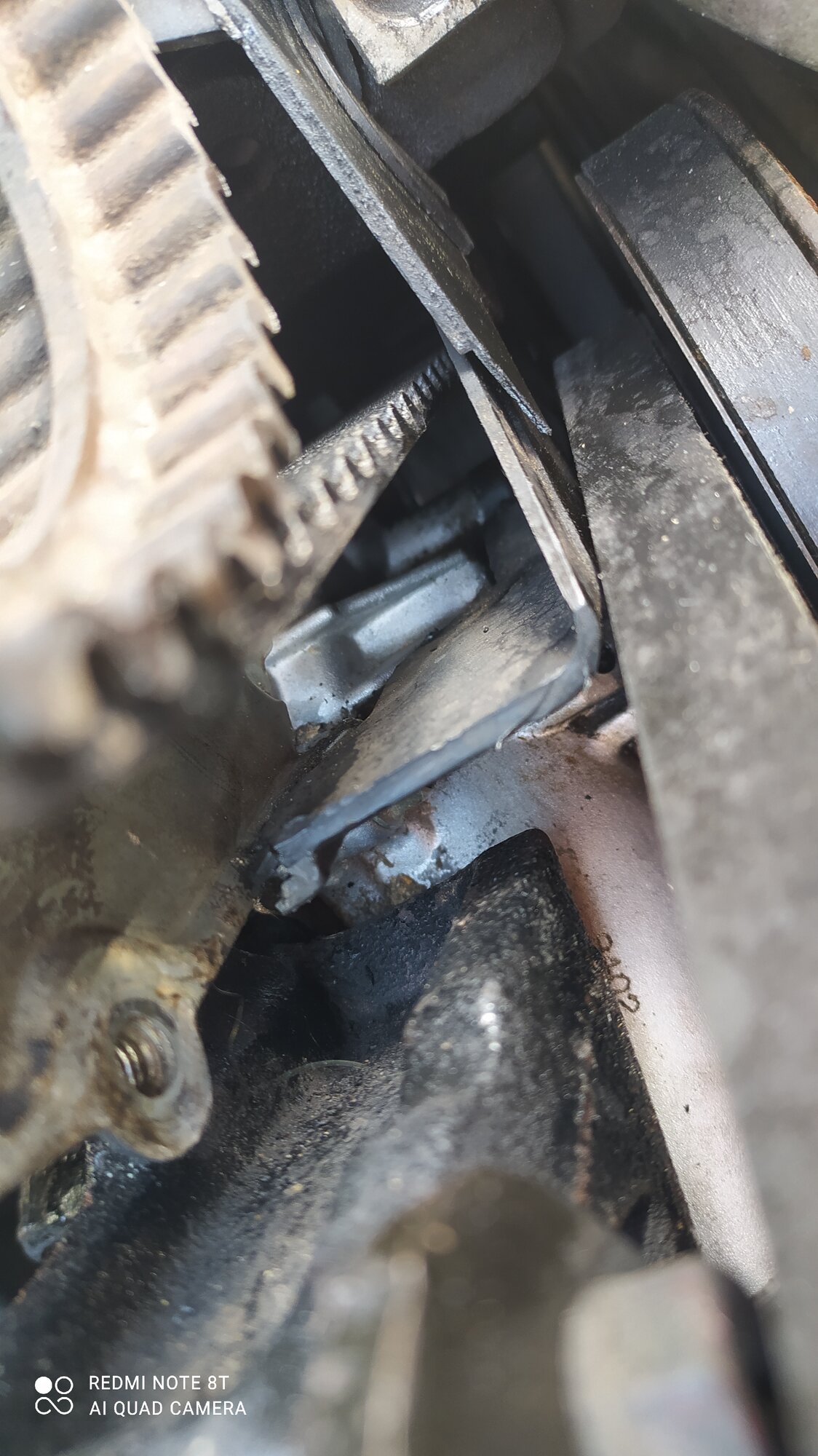 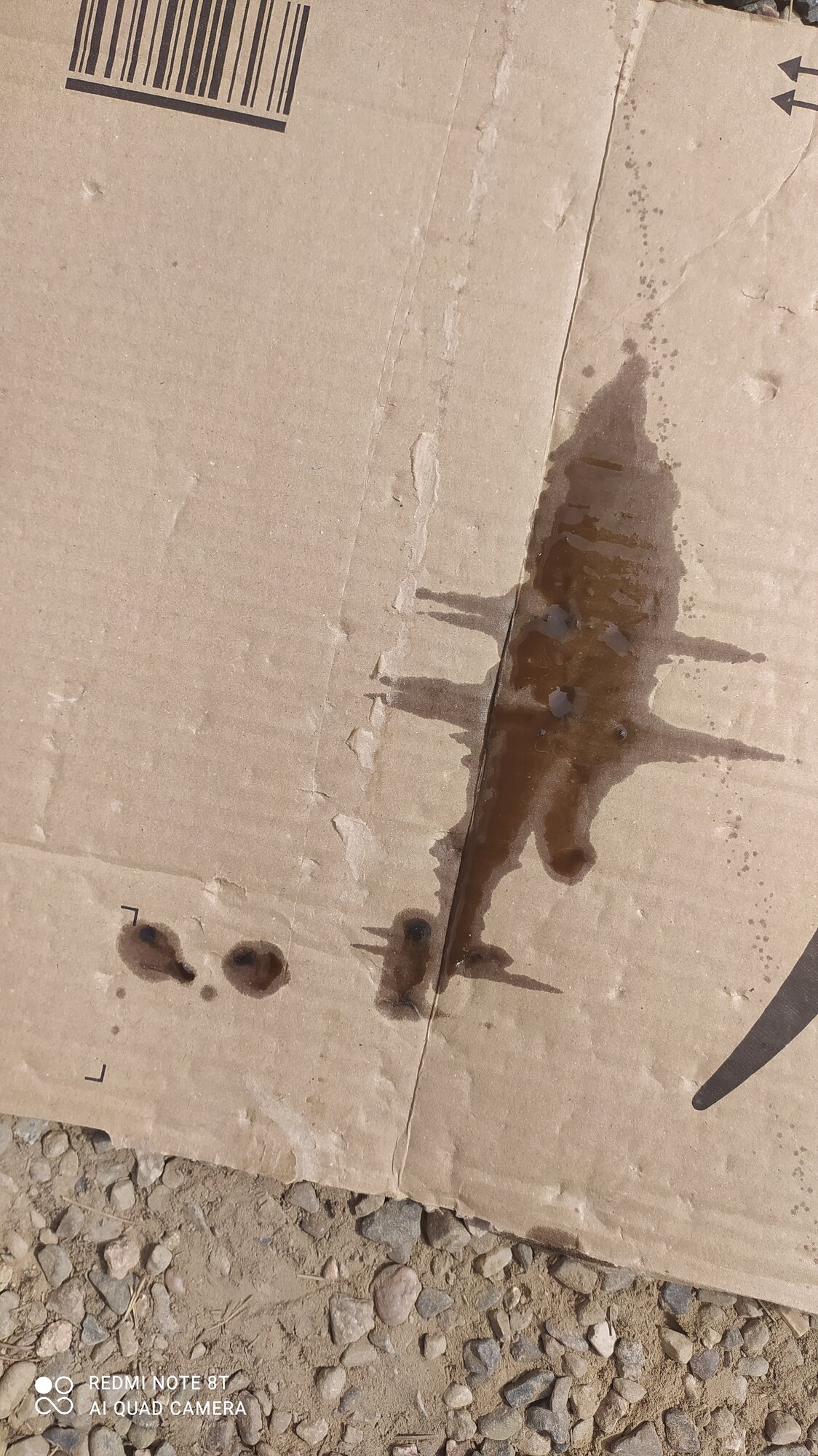 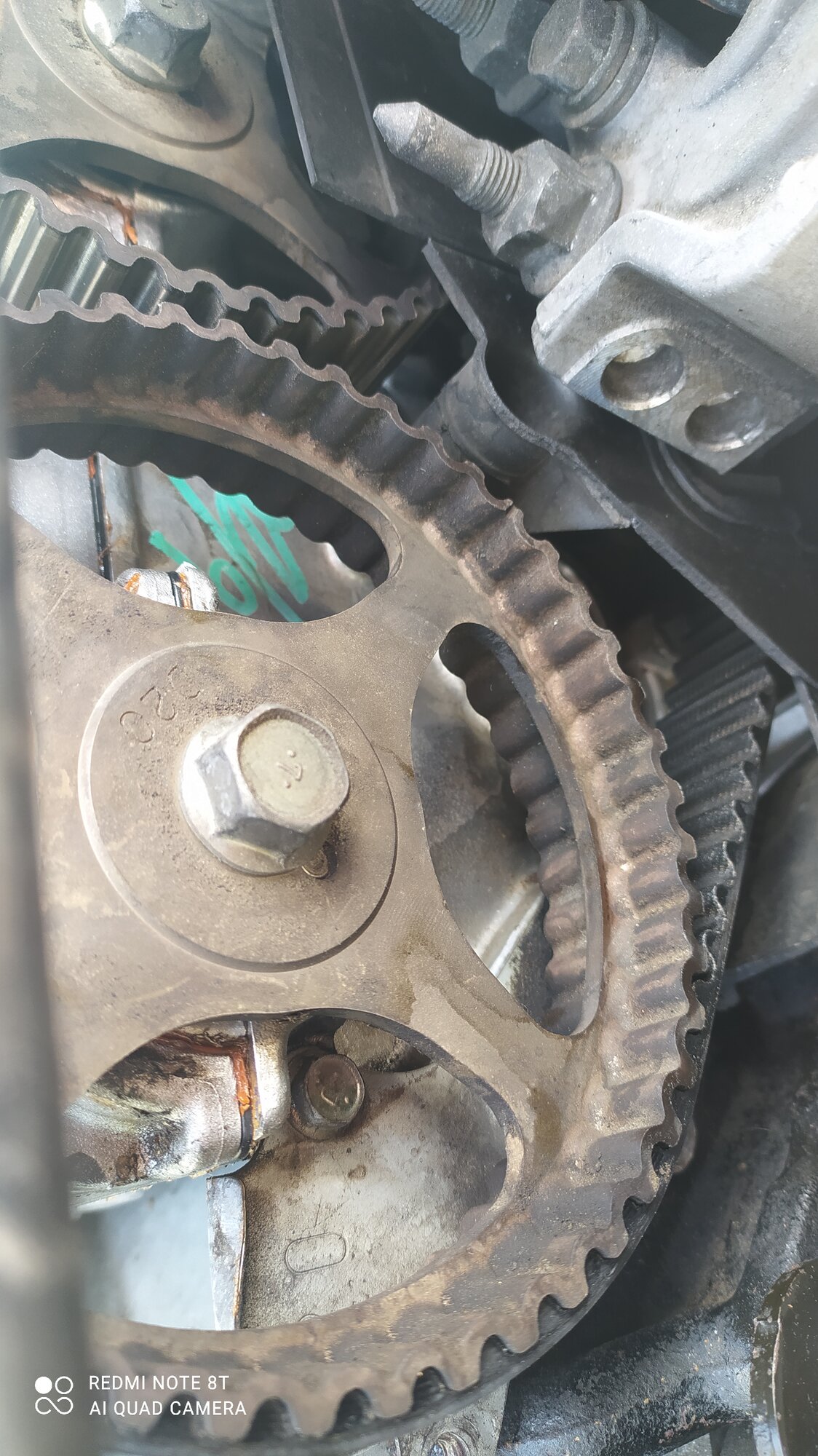 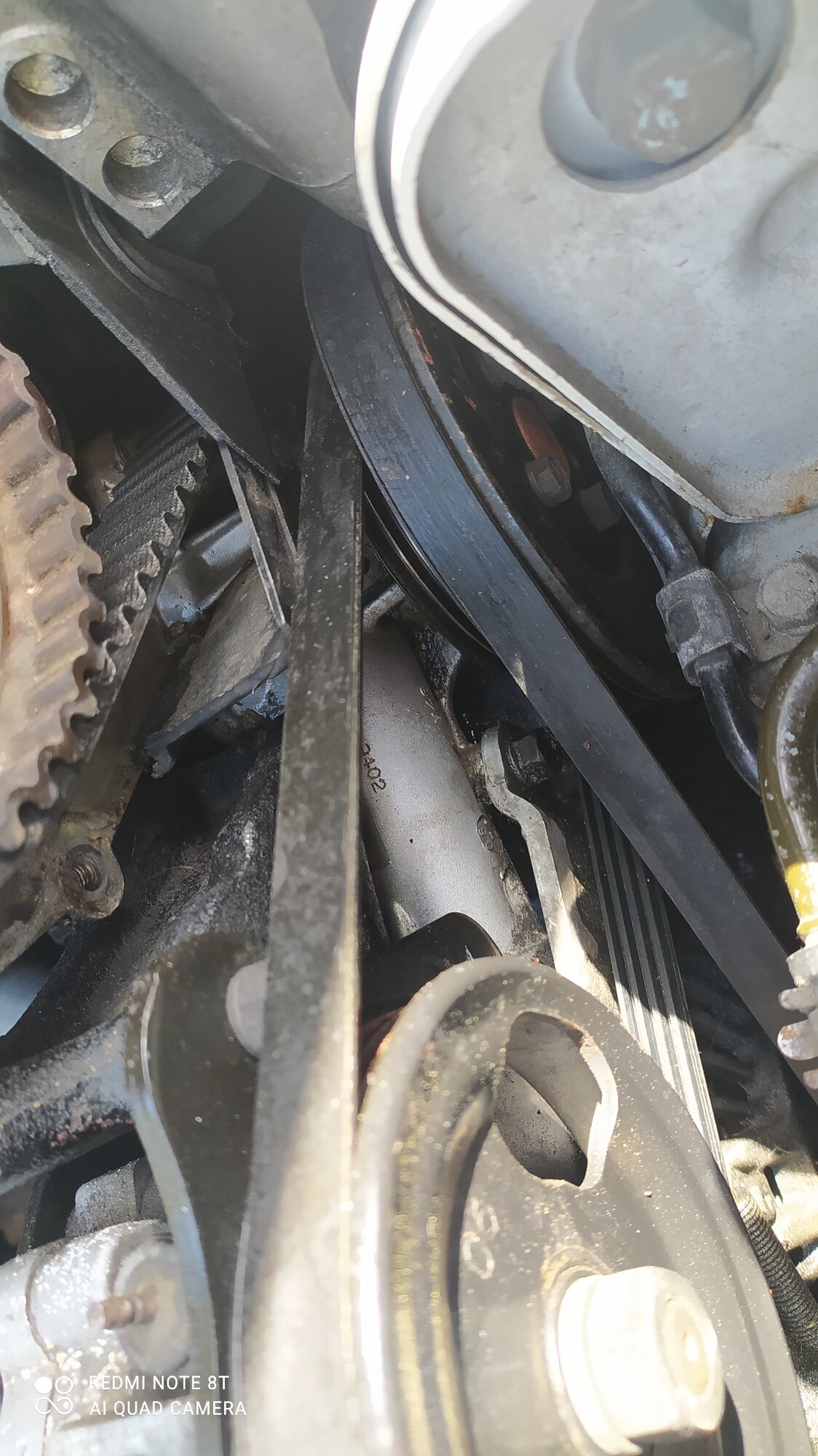 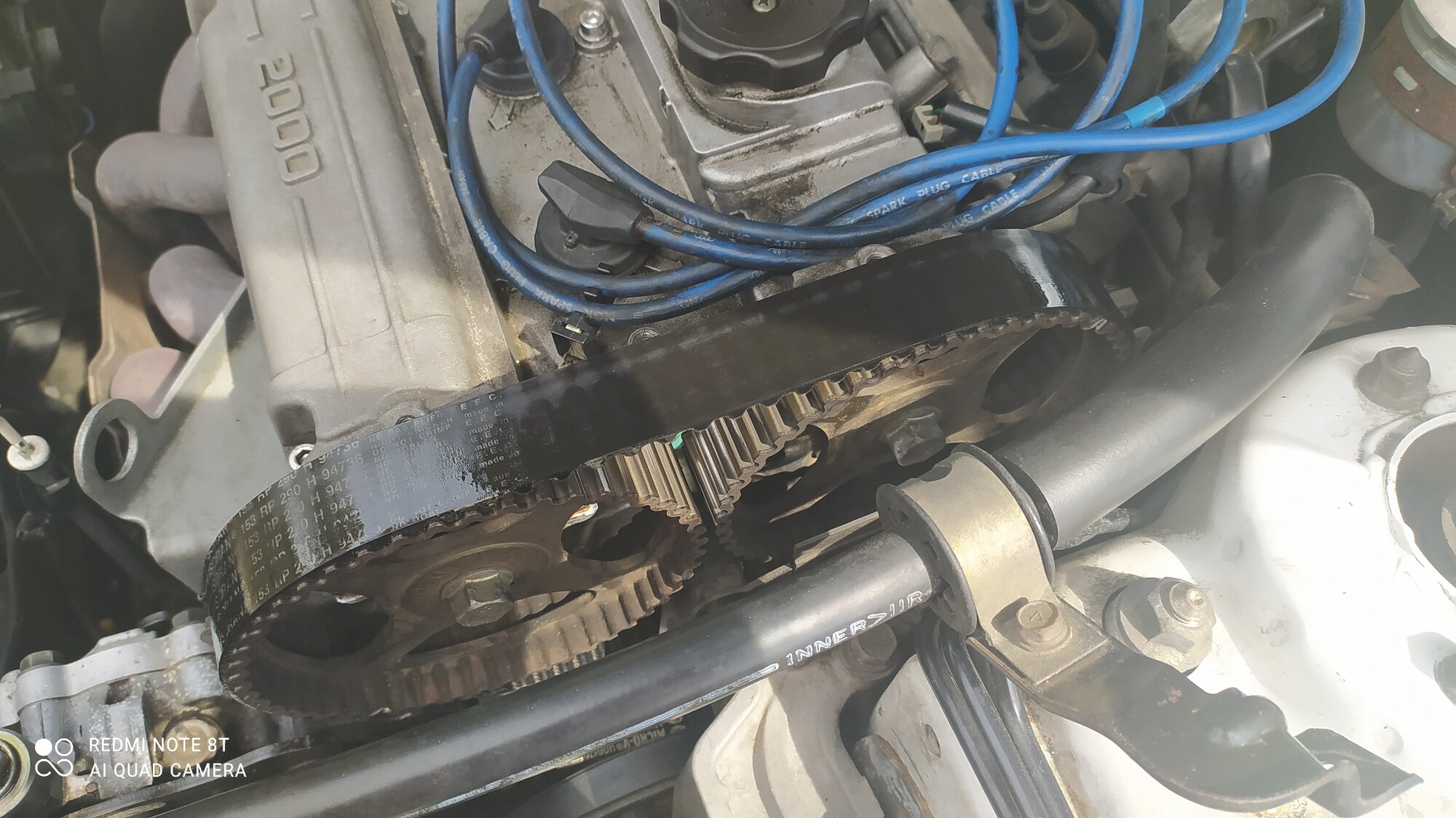 It appears to be below the timing gears, as they are dry, yet the belt is WET with oil. You will need to remove the lower timing cover (it isn't fun) and you should be able to clean like you have and then start looking for the leak. I advised another member to add a few drops of Oil Dye to the engine oil and then use a UV light to look for the Yellow/Green dye color at the highest point of oil leakage (clean it all up first, then add dye and start the car for a minute, turn it off and use a UV light to check for the dye to show up).
Marty
Marty - still plays with BLOCKS!
YouTube - Marty Wilson, Wilson Engine Shop
https://www.youtube.com/channel/UCwfCcimqz3w4BSVZ1fthoHQ

At the moment I have seen a small leak 2 days later in the camshaft seal, but it is a small leak, the large leak has to be lower.

I have been told that it may be nonsense such as: little tightening of the screws, such as cylinder head gasket, crankshaft seal, oil pump, the oil pan does not seem.

Thank you very much for all the help

Hello family,
Well, waiting for some more spare parts to arrive to take the car to a workshop.

I have a doubt.

I ordered the oil pump kit in Rockauto, and there are 3 seals, could someone specify the seals that come?

I know that one is an oil pump, another can be counter-rotating and the third one I don't know if it is a crankshaft seal.

It is so as not to ask for the same repeated check again.

I attach a photo of the kit that I got. 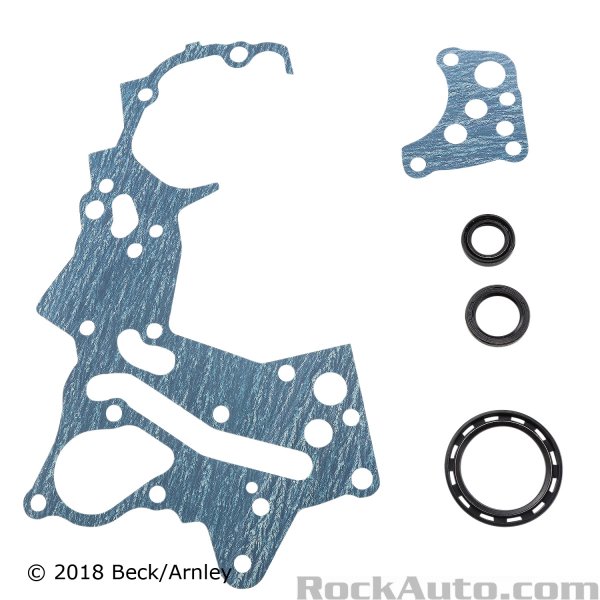 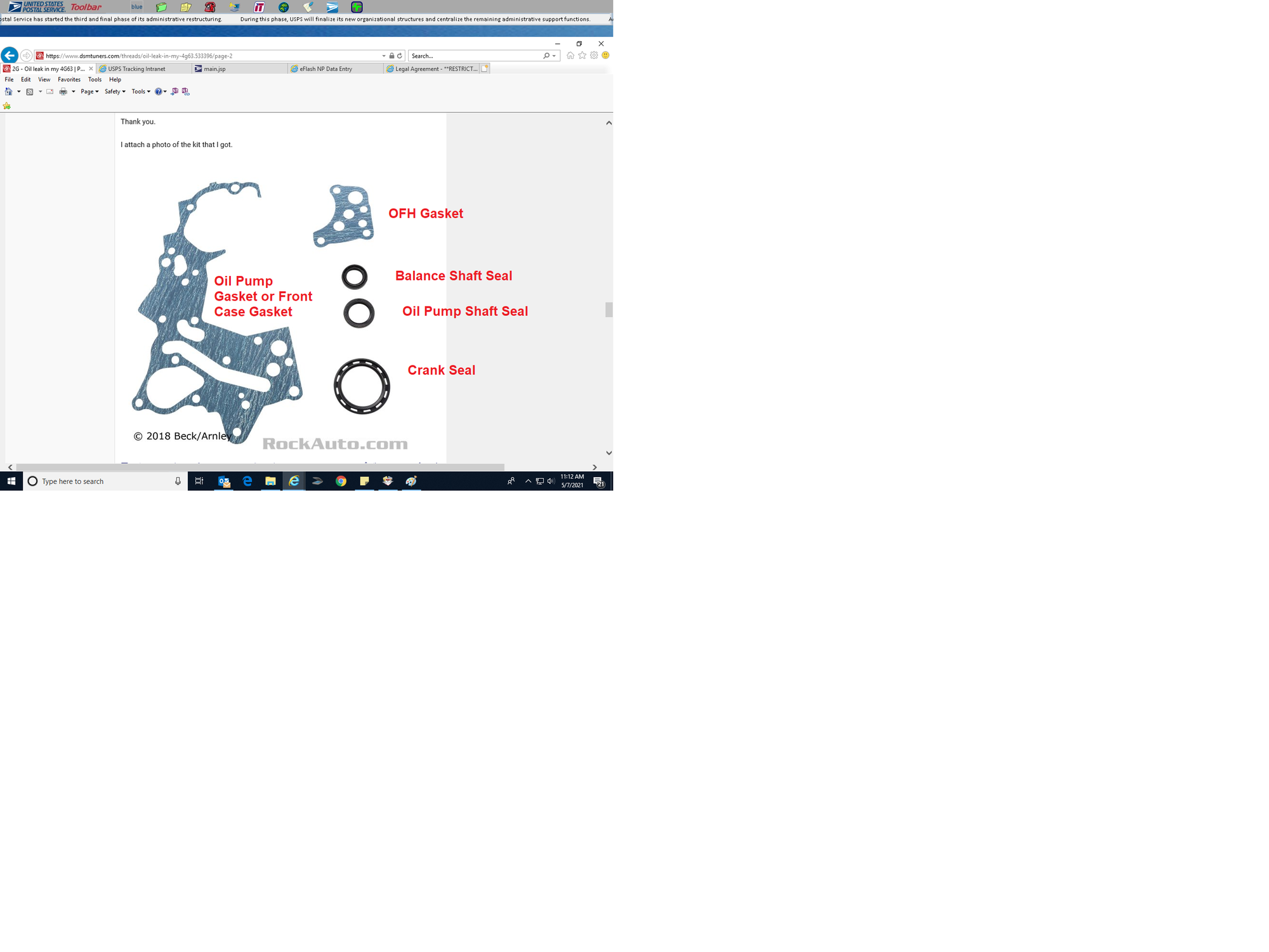 I think they are labeled correctly but check the oil pump shaft vs the balance shaft seal to see which one is correct, I may have them backwards.
I do BSE's so I don't use that seal on mine (well I kept one car stock and it uses it).
Click on the picture to enlarge it.
Marty
Marty - still plays with BLOCKS!
YouTube - Marty Wilson, Wilson Engine Shop
https://www.youtube.com/channel/UCwfCcimqz3w4BSVZ1fthoHQ

If you can't find the oil leak after everything else is looked at, remove the lower timing belt cover and see if there's an oil puddle there that keeps coming back after you clean it. Maybe idle the engine while looking at that area to see where it's coming from. Most seal leaks end up there and it splashes onto the timing belt. If all else fails try putting some oil leak dye in the oil and after 10 minutes running watch with an UV light.
Gary

Gary, when I used oil dye it only took about a minute then I shut the car off and start looking. Sometimes the longer it runs, the more it sloshes the stuff around making a little more difficult to PIN POINT the leak is all. Dye is a very good thing to use, I agree!
Marty - still plays with BLOCKS!
YouTube - Marty Wilson, Wilson Engine Shop
https://www.youtube.com/channel/UCwfCcimqz3w4BSVZ1fthoHQ

1990 Eagle Talon TSi AWD
Street Build
You must log in or register to reply here.