ec17pse said:
Mine was not as bad as yours in the wells but even then its tricky. I ended up poly sealing all the joints so no more water can find its way through causing issues. Its a very messy job and i got pics to prove how messy it can be and is on my page. Wear a hat and full face covering i say as i ate so much grit. All i can say is enjoy the job as i dont ever wish to do it again!!!! EVER!!!! HAHA
Click to expand...

They look worse than they are. They're still solid. I'm only gonna do the fronts this off season, then next year I'll worry about the rears.
0

All my ingredients are here

. Hopefully get to work in the garage for a little bit today. 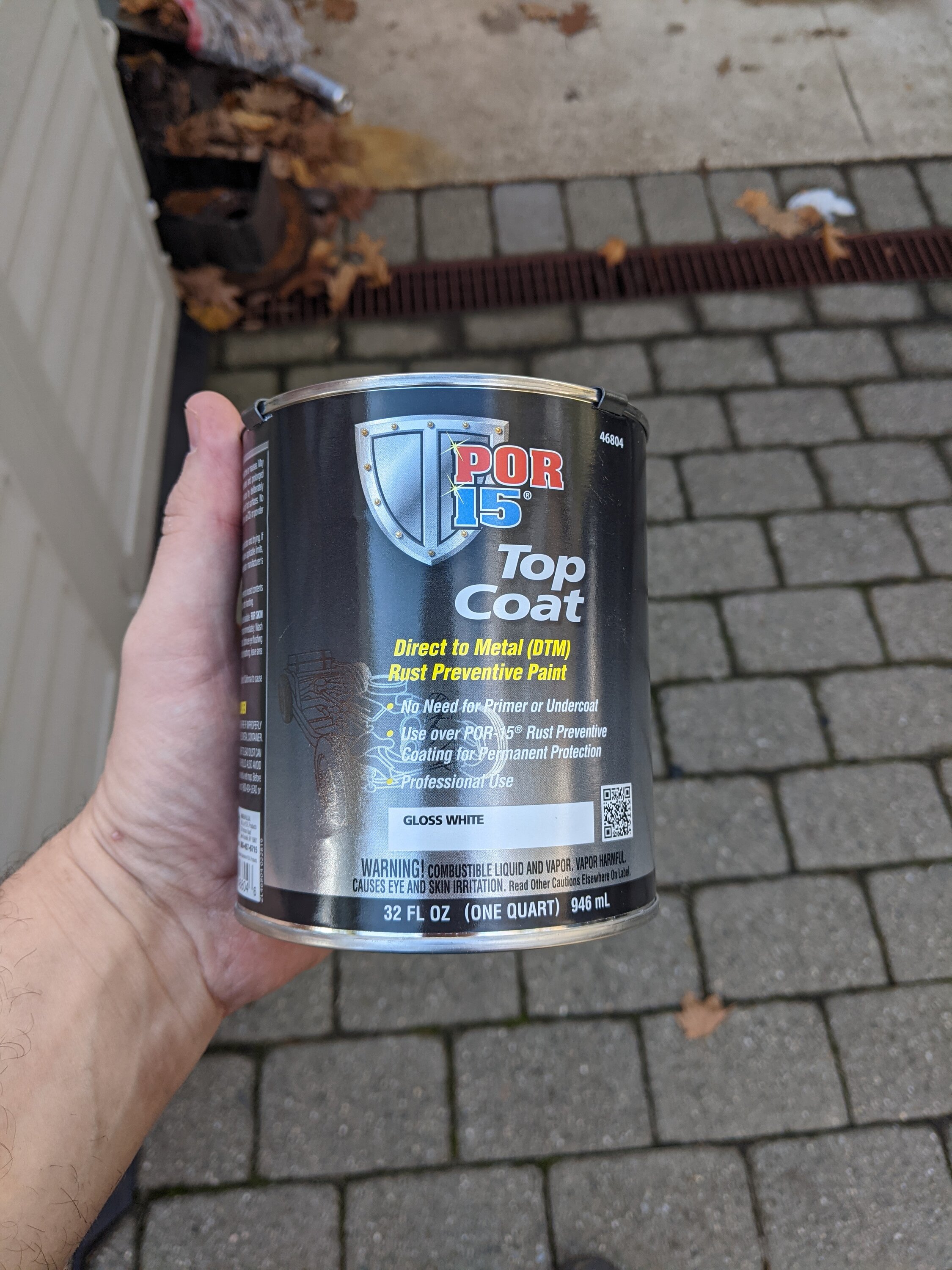 What's the por15 for? I was thinking about using it on my beat-up engine bay.
Terran Motorsports

Vegas Smith said:
What's the por15 for? I was thinking about using it on my beat-up engine bay.
Click to expand...

The P.O.R stands for Paint Over Rust. It will completely stop rust from continuing to do damage and keeps more from starting up. I figure with the amount of issues these cars have with strut tops rotting out, this will be a big help in keeping the car from disintegrating.
0

Degreased, metal etch applied and washed off. First coat applied. Hopefully apply 2nd coat tomorrow and then the top coat on Monday. And then I can start on the Right Side. Can't wait to be all done. 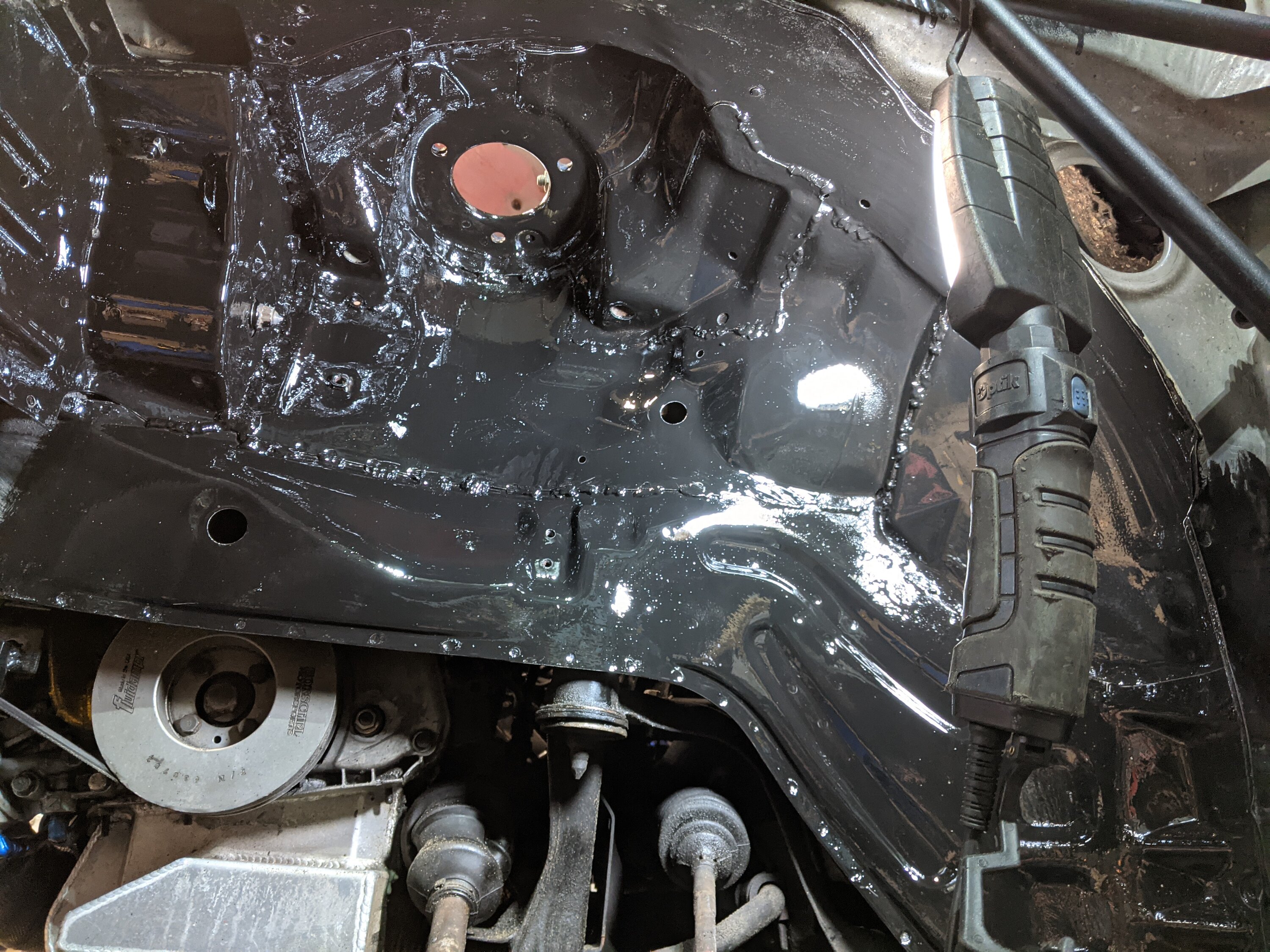 Second coat done yesterday. Getting close to finishing this corner. So I had a bit of a frustrating time getting the top coat to work. So I just went with a can of Rust-o for the top coat. Had some issues there as well, but it got done. Here's the driver's corner mocked up. Can't wait to get the other side done so I don't have to do it again 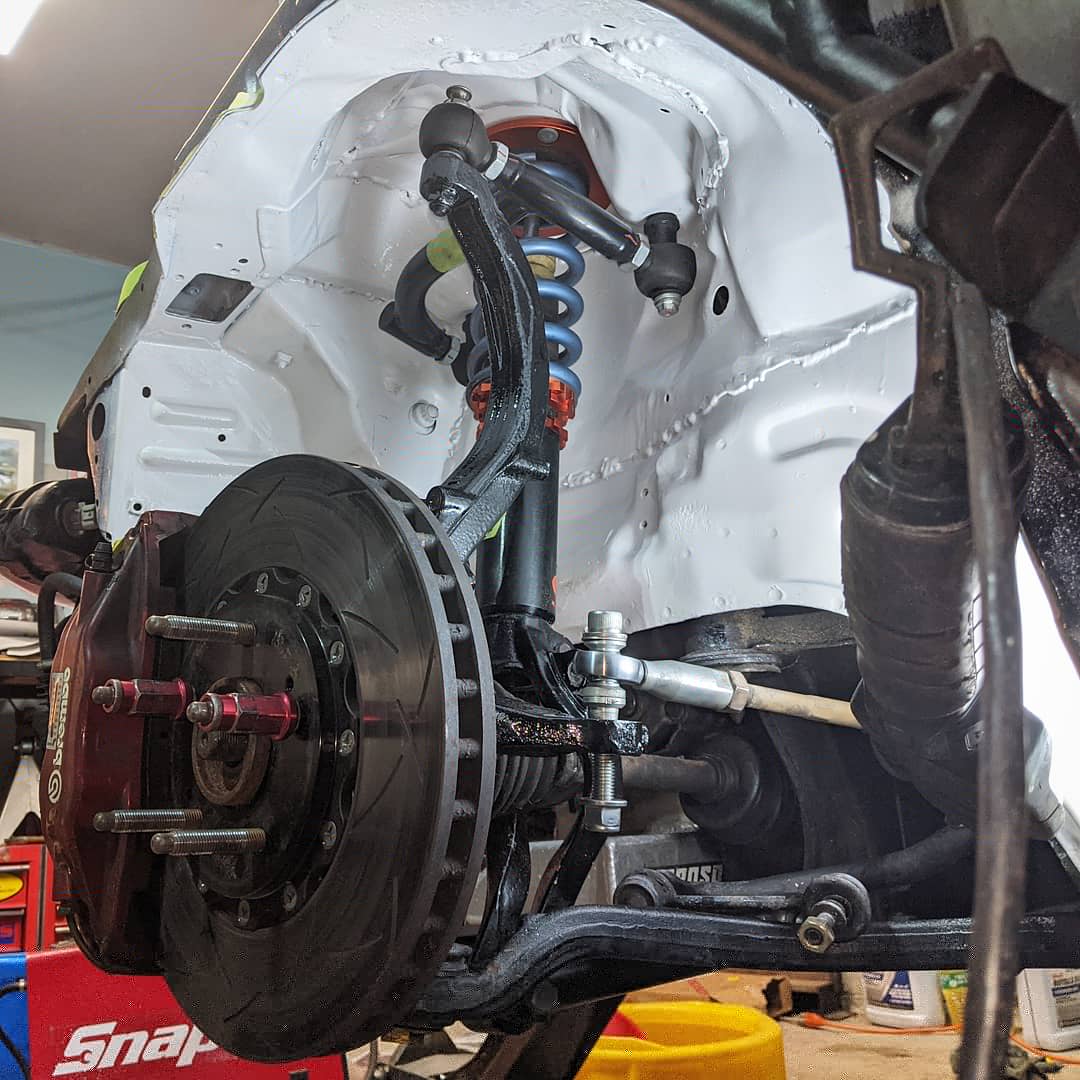 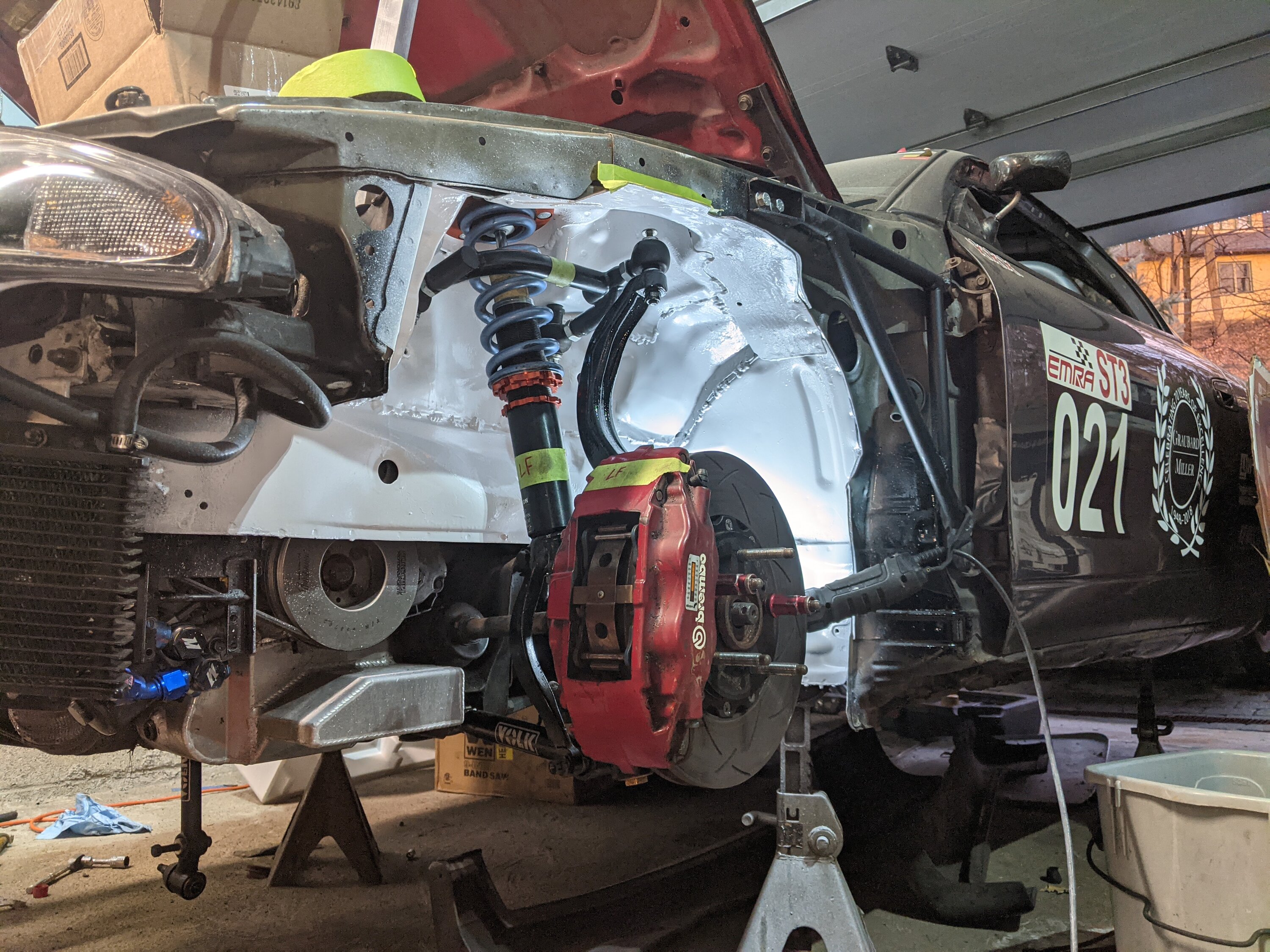 I love it, I really enjoy a thread when there is a lot of passion involved.

Keep it up bro.

I love it, I really enjoy a thread when there is a lot of passion involved.

Appreciate it! Thank you. Really looking forward to not having to mess around with the car too much and focus on turning every lap next season
0

No real updates right now. My brother got me a 1/4" gurney for my Nine Lives Racing wing. A few updates: working on getting the new intercooler mounted along with vbanding the charge pipe from the turbo to the intercooler. I ordered a polycarbonate rear window from optic armor. That got delivered yesterday. Got the gopro setup from wired remote setup on the car as well. Hopefully now I'll remember to turn it on. Working on the new seatbelt setup. Got the fuel gauge wired. I'll post pics in a bit.
0

So much needed updates. Got the intercooler mounted and the vbanded tubing done. And everything else that needed to be done.
We went to Lime Rock on April 3rd. Went out first session, popped an intercooler coupler further down the line, but everything else was fine. Came in after it popped, and shortly after a Corvette wrecked and ended the session early, so didn't really miss out on too much time.
Went out second session on 15psi and the car was really singing. Got stuck behind Some traffic and downshifted to 3rd, and the car stayed in fourth. Figured I stretched a shift cable. Came in and after some diagnosis, determined that the 3-4 shift fork had broken. The trans was a shep Stage 3 so I was pretty shocked that my car on low power would damage it. Decided we came to win and sent it in the final session. Had a crew of buddies get me going by pushing me down the paddock. Went out and did really well. Coming out of T2, the car just revved like it was in neutral. Figured it had popped out of 4th finally. I had 1-2 and 5-R. Got back to the paddock and the trans hemorrhaged out all the fluid from a crack in the case. So that trans is dead. Already picked up a new to me one from a buddy. Eventually I'll have to go PPG. But...we won! Not a bad day, blown up trans not withstanding. Palmer Motorsports Park next month. Gotta get the car squared away. But we'll be ready. 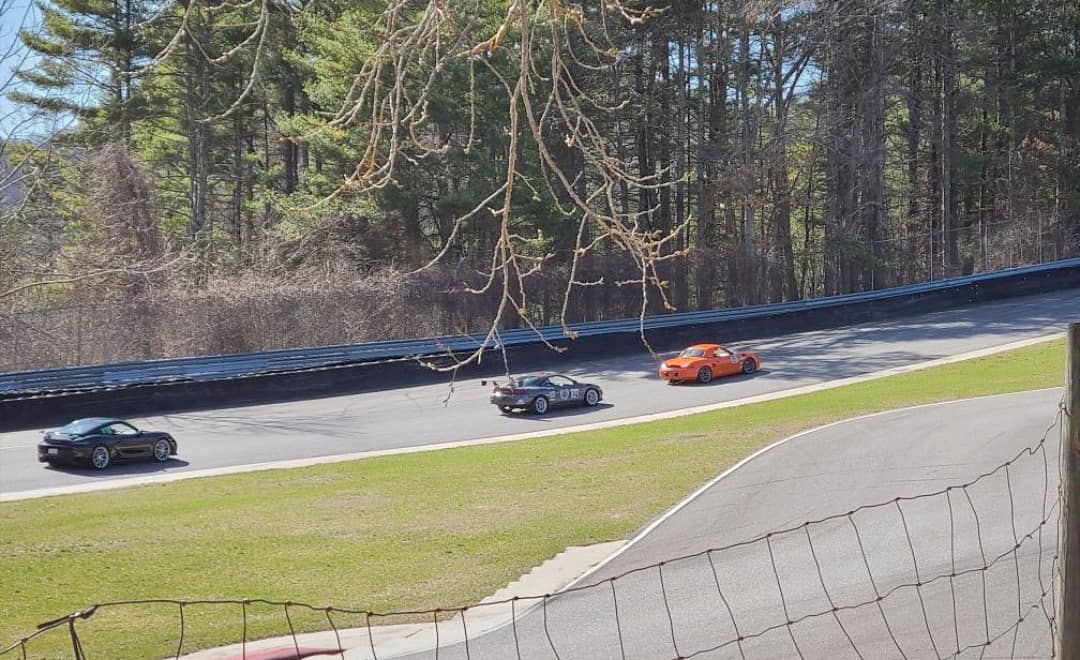 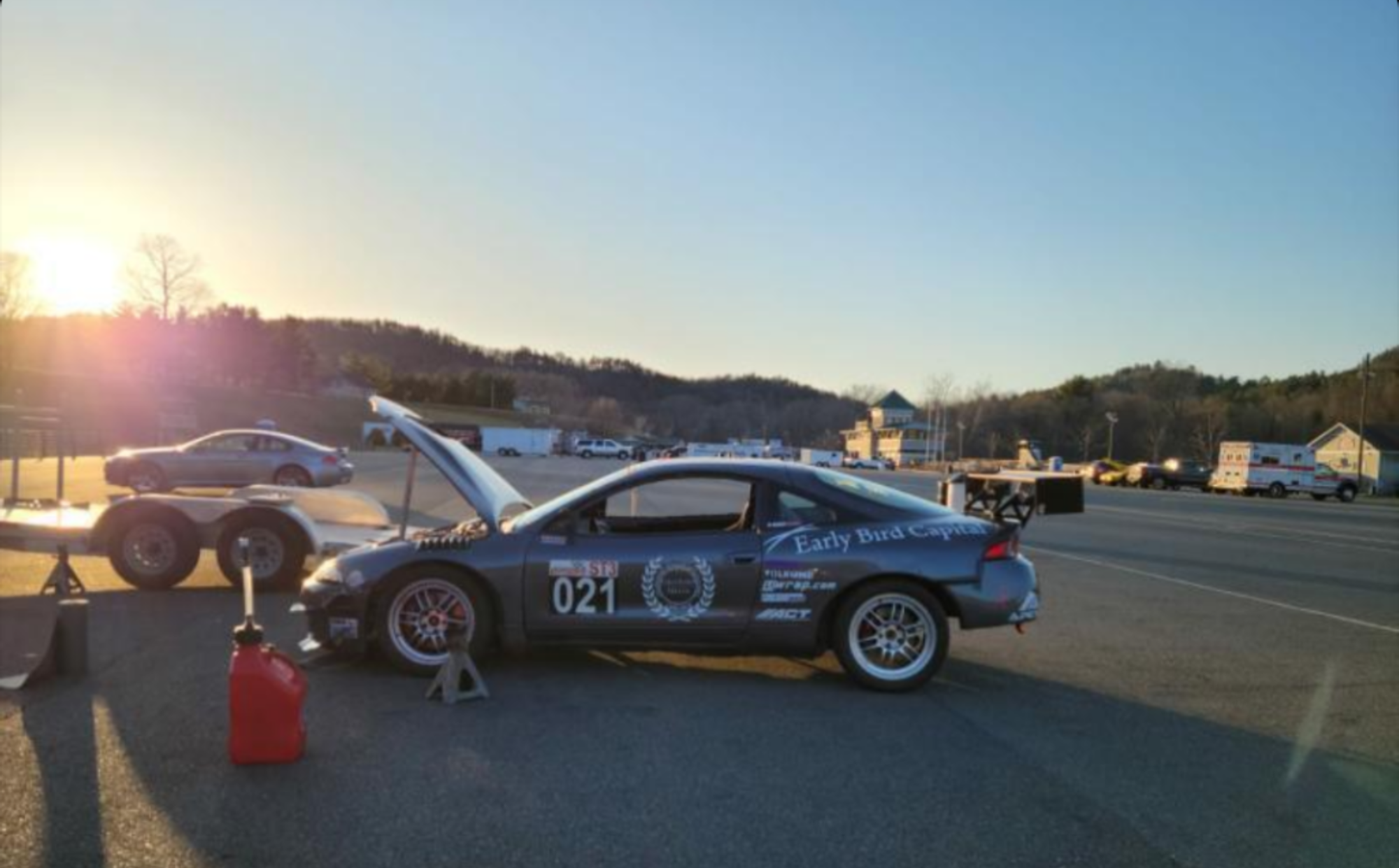 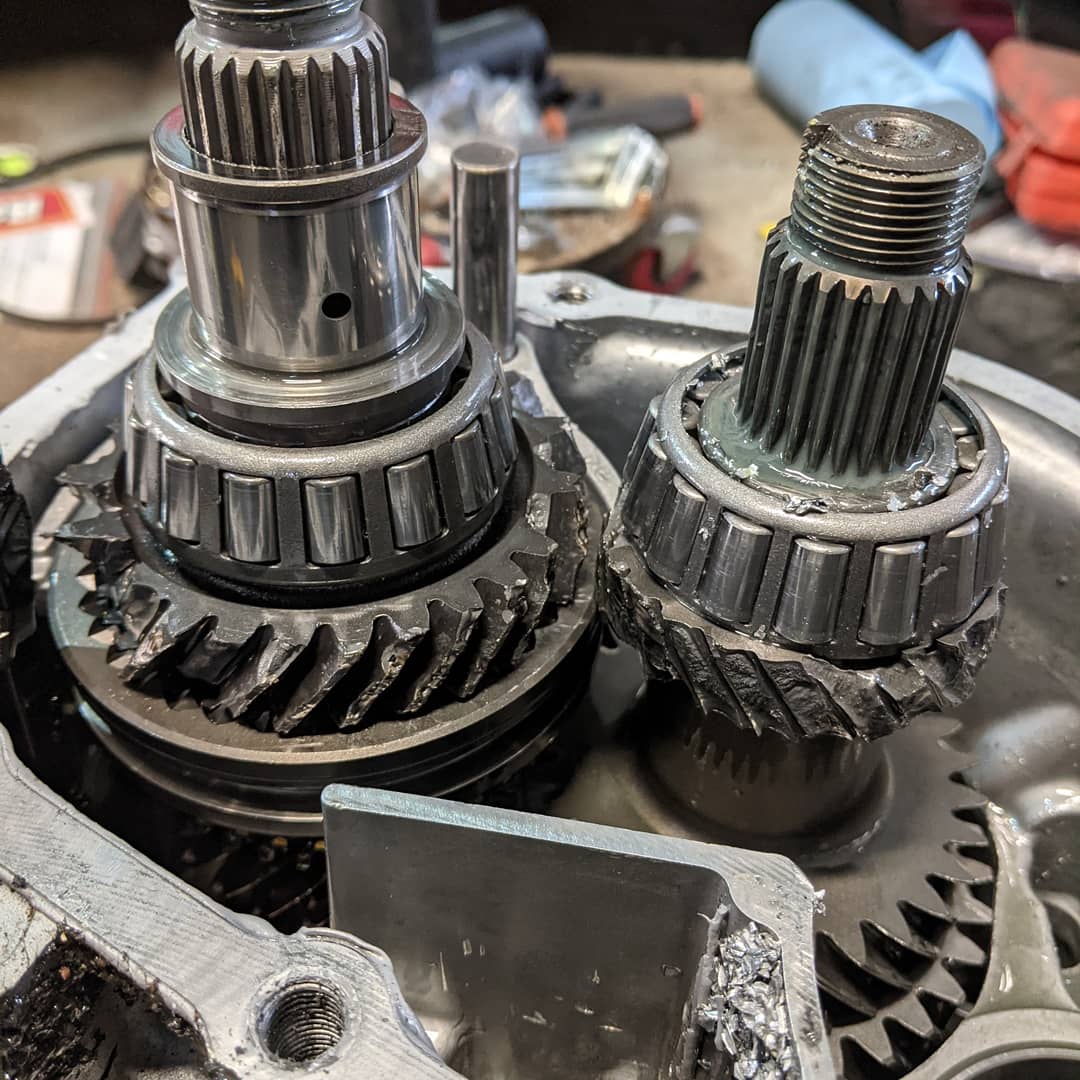 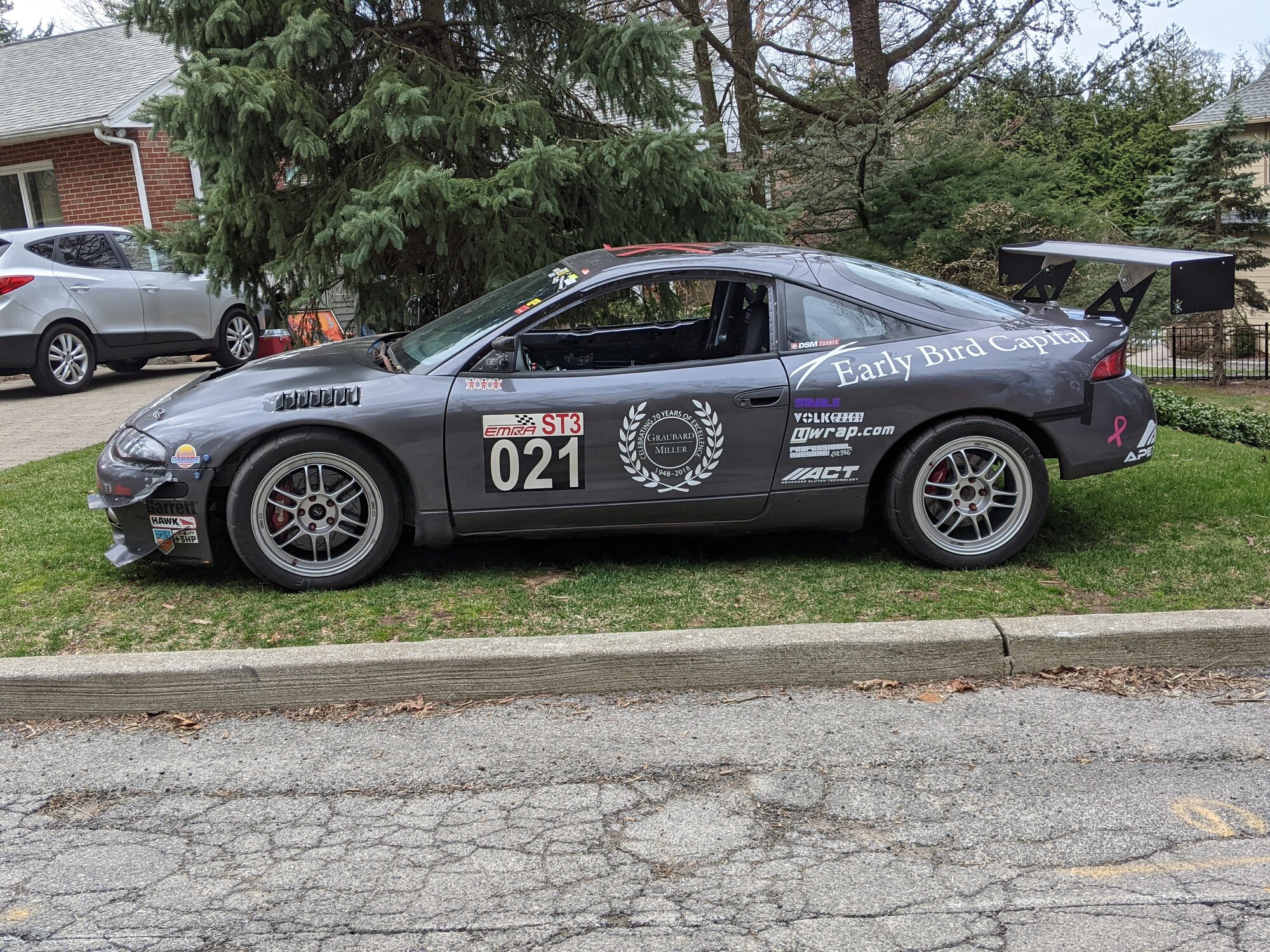 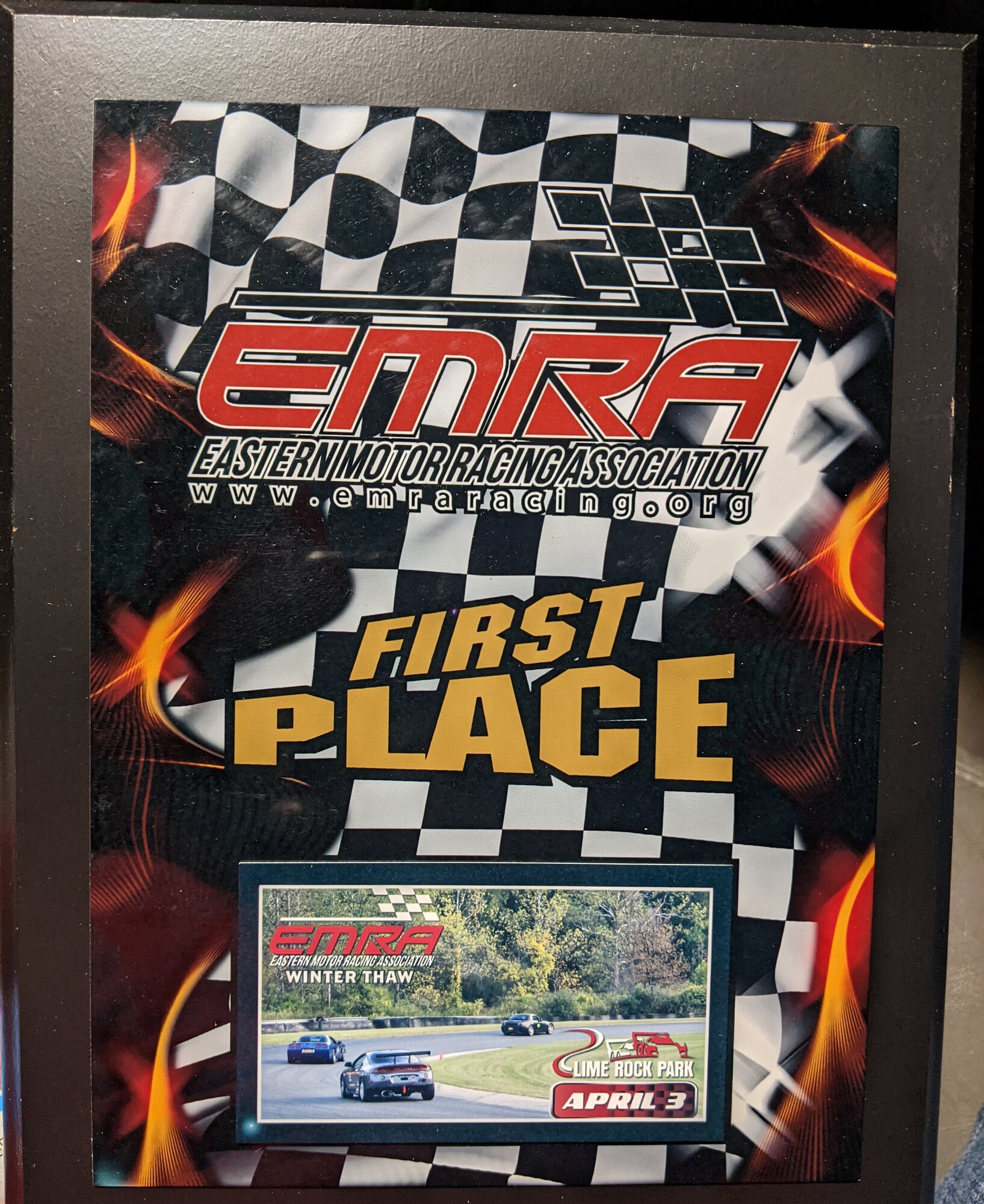 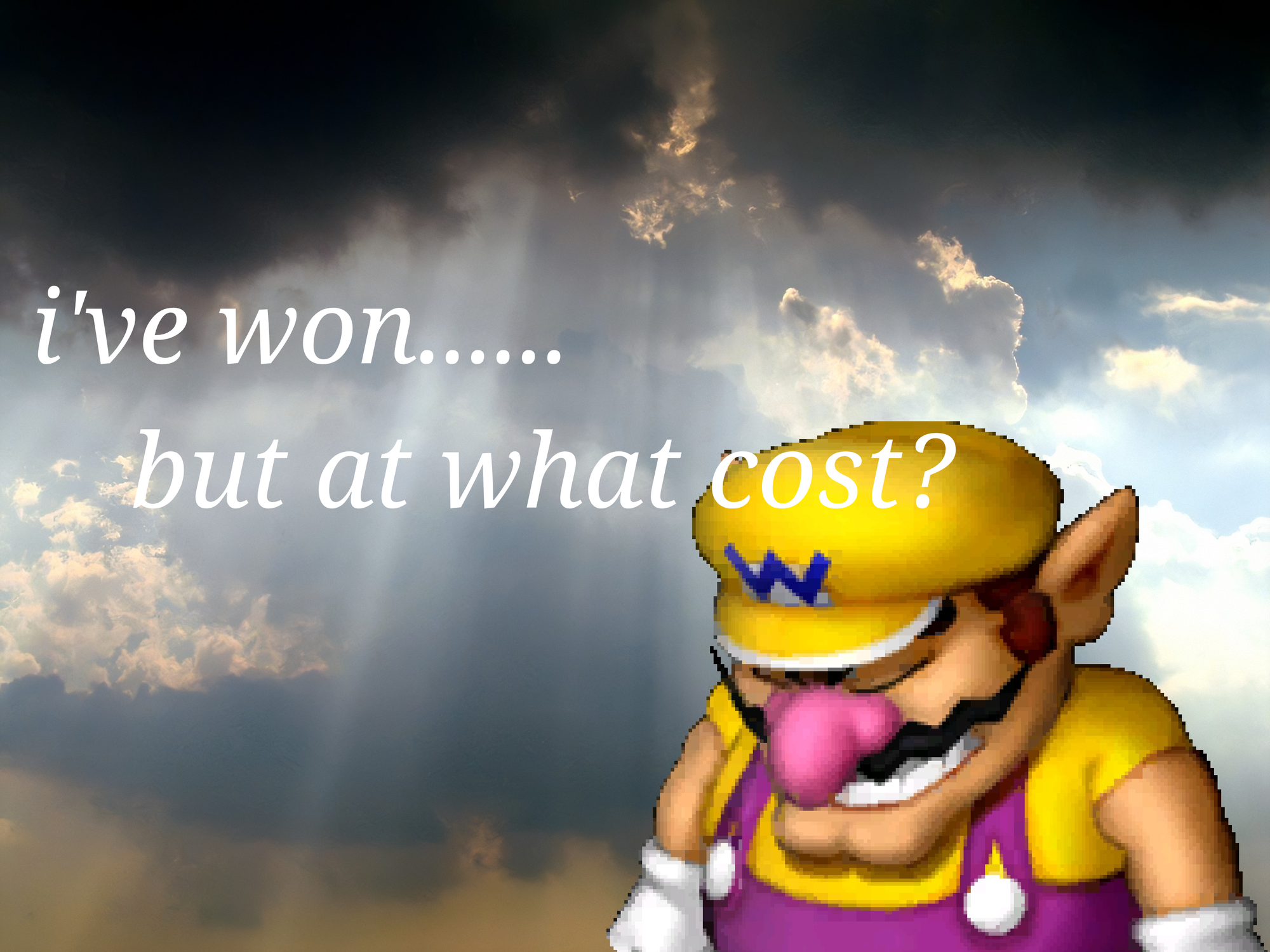 Congratulations, that's one hell of a way to limp it home. I applaud getting it done in those circumstances, and it reminds me of one of my favorite car-related quotes: "the perfect race car is the fastest thing on the track, then explodes after crossing the finish line".

Canadian_CD9A said:
View attachment 626486
Congratulations, that's one hell of a way to limp it home. I applaud getting it done in those circumstances, and it reminds me of one of my favorite car-related quotes: "the perfect race car is the fastest thing on the track, then explodes after crossing the finish line".
Click to expand...

Thank you so much! Yeah, we don't go to the race track and then give up. We go to win. And yeah, the trans is a big pile of junk now, but I have another one, so we'll replace it and get back out there next month. And yeah! I believe that's a Colin Chapman quote. Good times

1998 Mitsubishi Eclipse GSX
You must log in or register to reply here.