I wrote this guide in another thread that has fallen off a bit. Now that I have a new tuning laptop, I dug it back up, followed each step and got ECUFlash and CeddyMods to work on the first try. While it could be common knowledge, I know a lot of new people struggle with getting the program and mod files to work right. This may be a good sticky for the new-to-flash users.

Step 1: Uninstall ECUFlash, delete it's folder, delete it's short cuts, delete everything. You will want to start with a fresh install.

Step 2: Download ECUFlash AND the copy of CeddyMods you intend to run.

Note – Windows 7 and Vista have a feature called UAC. It makes a duplicate copy of your program files.
This means when you try to install the EvoScan and EcuFlash .xmls, the changes won't take effect, instead the duplicate .xml will be used

To remedy this don't install EvoScan and EcuFlash to C:\Program Files\, instead install to another directory created by you.
For example install to, C:\ProgramsXP\

Step 5: Open ECUFlash. Do not read anything, don't even hook up your cable. Do nothing with your ECU.

Step 7: The file will attempt to open, but error much like you were dealing with when reading your rom because ECUFlash doesn't recognize the ROM and needs to be pointed at the definition file. I don't have my tuning computer right in front of me, but there will be a drop down box listing a few definition files that can be used. One or two of them will be "1998 GST" or something like that, and also include "20550011" in how it's worded. Selecting the middle radio button that reads something like "use this exact rom" and the correct 20550011 file, then click next.

Step 8: The 20550011-mod-1v9Cb-MAF.hex rom will open. You are finished installing CeddyMods and ready to read your current ECU's rom file.

FWIW, in the CeddyMods file, there are additional files for EvoScan:

Thanks for the tips. Any thoughts on getting it to work on windows 8?

I haven't fooled with Windows 8 yet. When I made this write-up, it was for XP. Now that I'm on Windows 7, the installs seem to be similar with some "extra steps" that are noted in the above instructions.

For those of us sick and tired of hunting links because 500 internal server error.
1999 Eclipse GS-T Street Warrior

Nice to know that after 5 years the work information is being recognized. It might be a good idea to sticky the second thread also since that part is pretty important to the process but doesn't necessarily go hand-in-hand with Flash/Ceddy install. The link is at the bottom of the how-to. 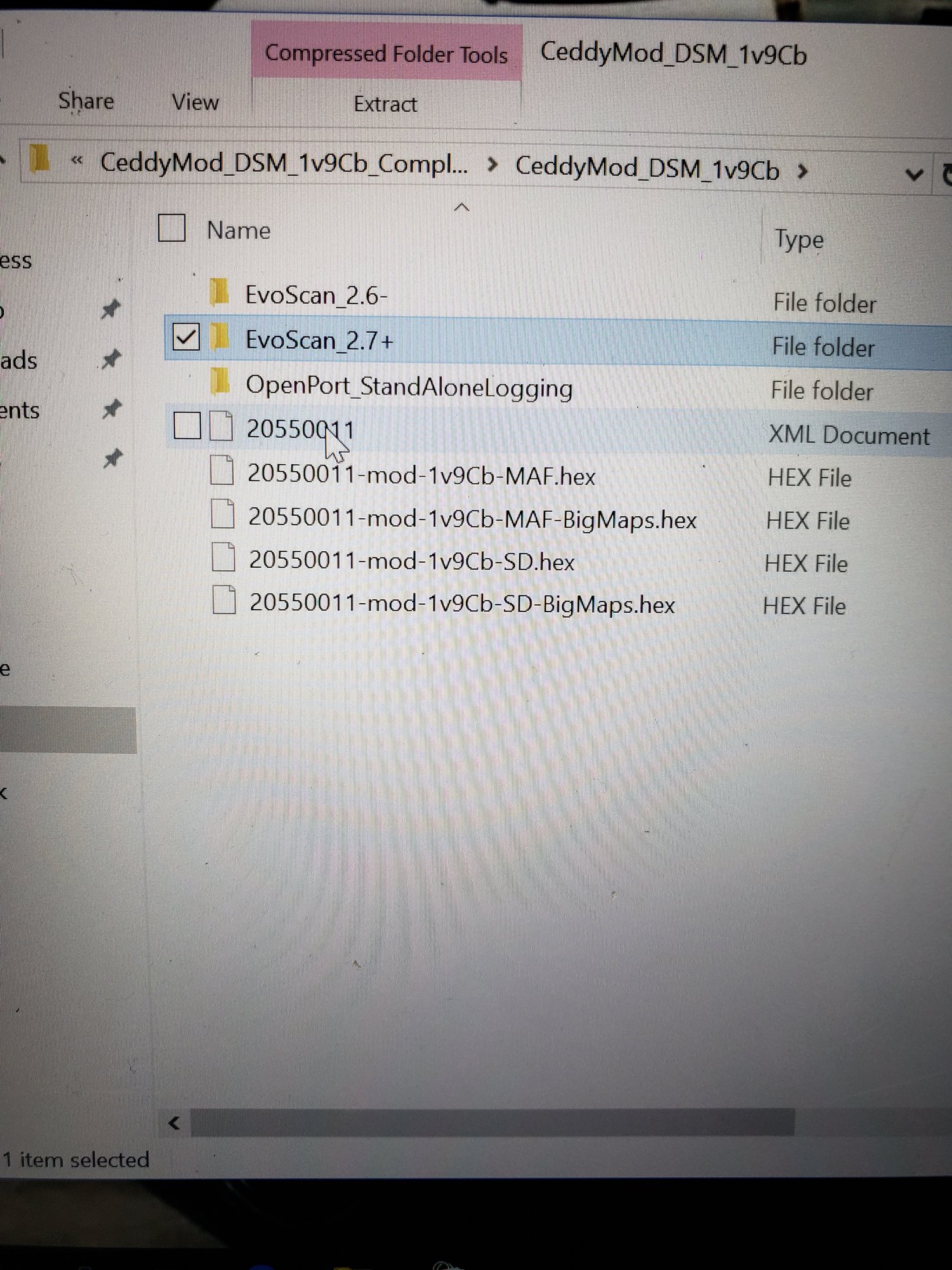 Nvmd. I think i figured it out. Lol its the one the mouse was on right? My bad i was expecting the "xml" part to be in the name not on the next column
You must log in or register to reply here.

ecuflash and ceddy. Can you set ceddy mod's on stock tune.