The 1G DSM has two main circuits for the engine. The MPI circuit and the Ignition circuit.

The ECU is connected to both but is powered from the MPI circuit and controls it. The MPI circuit also powers the MAF, CAS, ISC, Injectors, O2 sensor heater, and the Boost Control, Purge Control, EGR Control and Fuel Pressure Solenoids. The Ignition circuit powers the Ignition Coils, Fuel Pump, and Starter Solenoid.

The ECU receives backup power on pin 103 from Junction Box fuse #19 (room) in the drivers footwell fusebox. This is used to maintain the RAM in the ECU's CPU and allow the ECU to power itself up. It also provides power to the radio to maintain the setting and to the cabin lights. Like MPI relay pin 10 the backup power on ECU pin 103 should to present all the time even with the car off. In other words it's unswitched. Without power to 103 I don't usually see the ECU able to power IC110 that controls the MPI relay.

The ECU sits dormant in a powered down state waiting to see pin 110 (IG1 from ignition switch) go high (to battery voltage). When pin 110 goes high the ECU pulls pin 63 (MPI relay pin 8) low (to ground). This causes the the relay to activate and switches the MPI power from MPI pin 10 to MPI pins 4 and 5 providing power to the ECU on pins 102 and 107 along with various sensors, solenoids, injectors, ISC, and O2 Heater in the engine bay.

Shortly after battery voltage shows up on ECU pins 102 and 107 the reset circuit in the ECU wakes the ECU up and if it boots up successfully you'll get a heartbeat on ECU pin 1, the CEL will come on for about 5 seconds and then turn off, the boost gauge will display 0 (Stock ECU software on turbo cars) and the ISC on the throttle body will move in and out to rehome.

The next interesting condition is when ECU pin 108 (indirectly START from the ignition switch) goes high (to battery voltage).

The START signal also goes to the FP side of the MPI relay (pin 9) to power up the fuel pump, and to the ECU (pin 108) causing the ECU to do the things it needs to do the start the engine.

Once the engine is spinning (CAS is pulsing) the ECU pulls it's pin 56 (MPI relay pin 7) to ground and continues to hold it low until you turn the car off or the engine stops (CAS stops pulsing for 10 seconds), to keep the fuel pump powered after you release the ignition.

The first thing you should do if your ECU doesn't power up (CEL on for about 5 seconds, the boost gauge displays 0) is check the two fusible links on the battery terminal and the 10A room fuse #19. Pull them and measure the fuses for continuity (0 ohms resistance) rather than look at them since looking isn't an accurate test. Then check for battery voltage at the ECU backup power (Pin 103) and MPI relay (Pin 10). If you don't have power to these make sure you have a good connection to the battery terminal and check the fuses again.

Remember that the ECU doesn't get power on pins 102 and 107 until the MPI relay is activated by turning the ignition key to RUN or START. If the MPI relay doesn't activate try grounding its pin 8 and check that battery voltage shows up on its pins 4 and 5. If that works then either the ECU isn't seeing the IG1 signal or the ECU is damaged.

If battery voltage is present on ECU pins 102/107, 103, the ECU grounds are good, and the ECU still doesn't power up it's likely damaged. 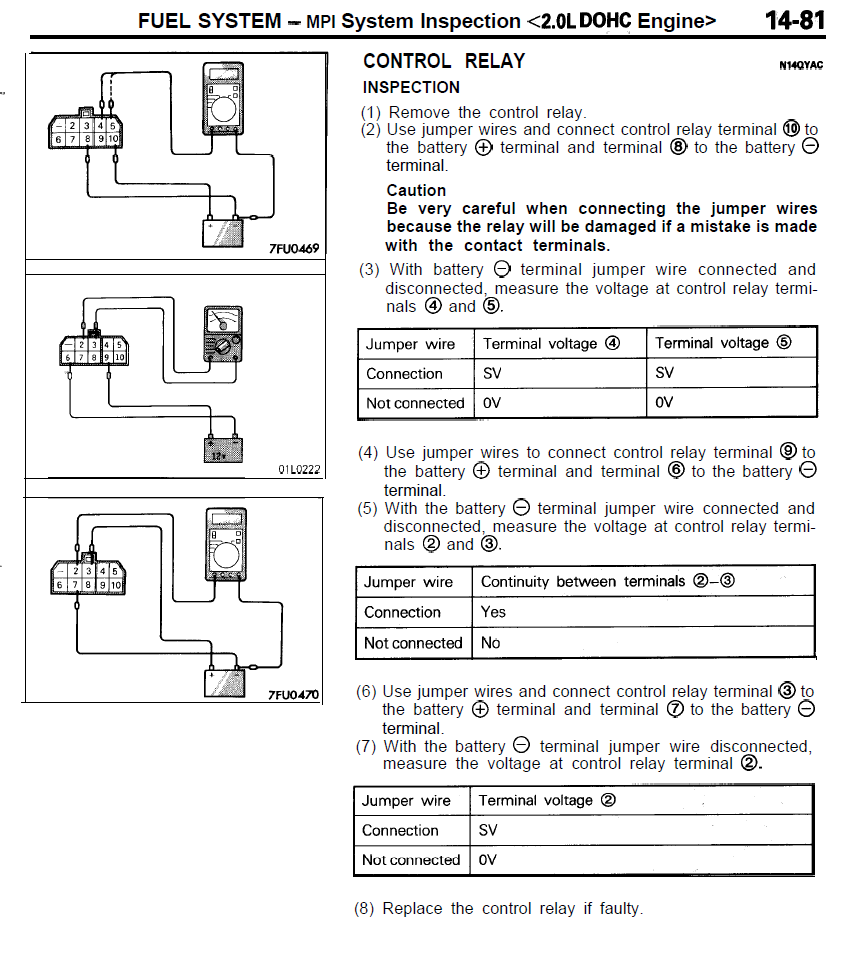 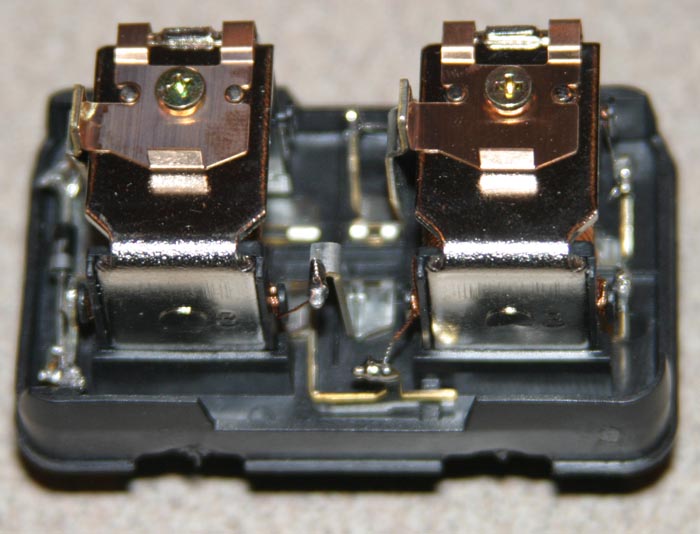 This is the circuit for an 1G automatic car taken from the 1G tech manual. The manual cars have the starter relay and clutch safety switch replacing the AT Inhibitor switch for providing power to the second fuel pump coil to activate the pump while cranking the engine.

As mentioned above the ECU is set up to provide the ground to the coils to cause current to flow from the battery to the fuse to the relay coil through the ECU transistor to ground.

1991 Mitsubishi Eclipse GSX
You must log in or register to reply here.

How to: Get a basic tune with ECUFlash