So yeah, this thing had been sitting for a while and she was in pretty bad shape. I spent a solid week with the car and a case of wasp killer trying to evict the previous tenants.

Victory was eventually mine. The car still runs. Old gas, an ancient battery, and a metric ton of wasp carcasses couldn't stop it.. she started without issue and moved out to the back yard into the shade under her own power.

After all these years, all she needed was a nice coolant flush and a new radiator cap. 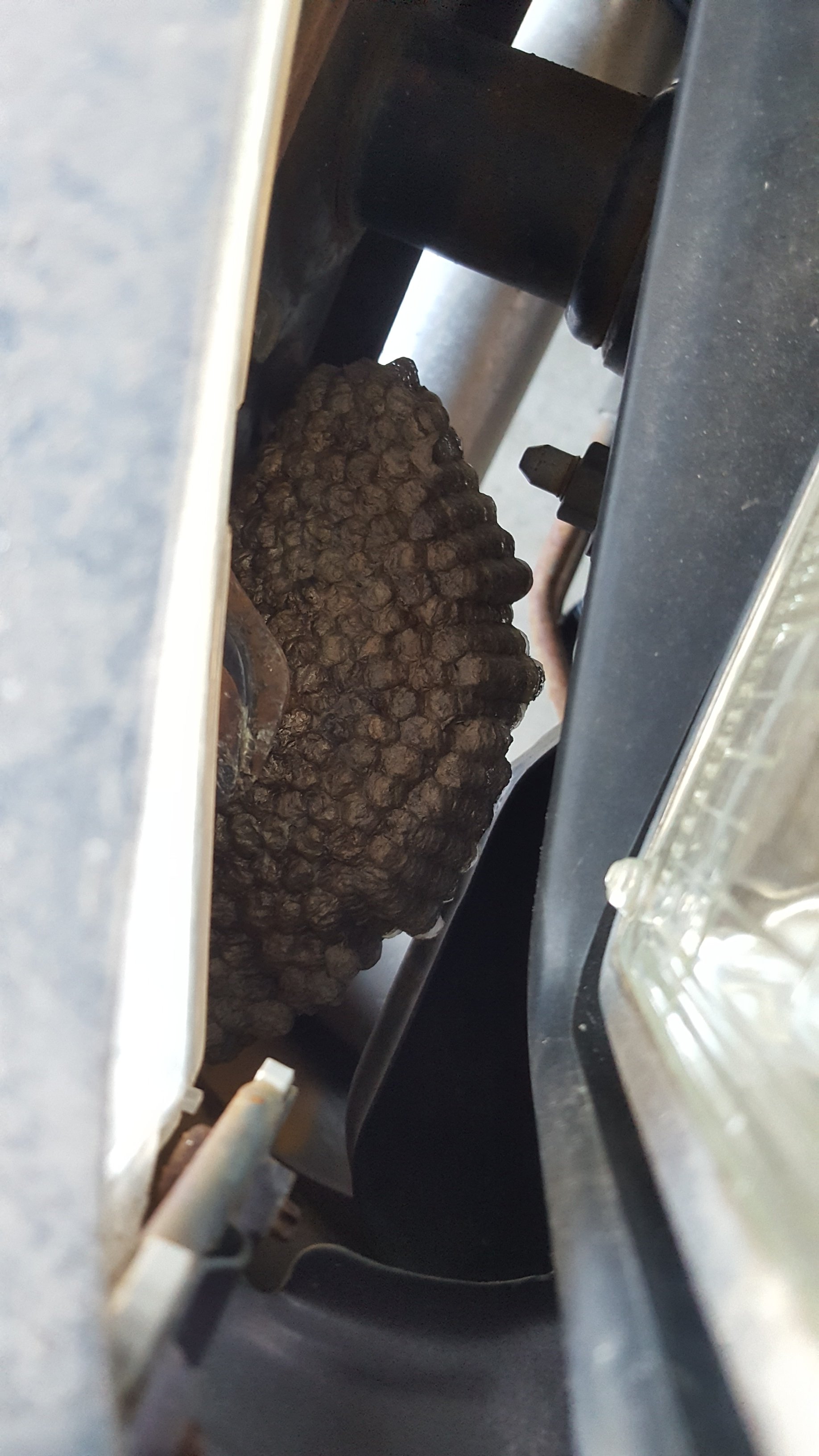 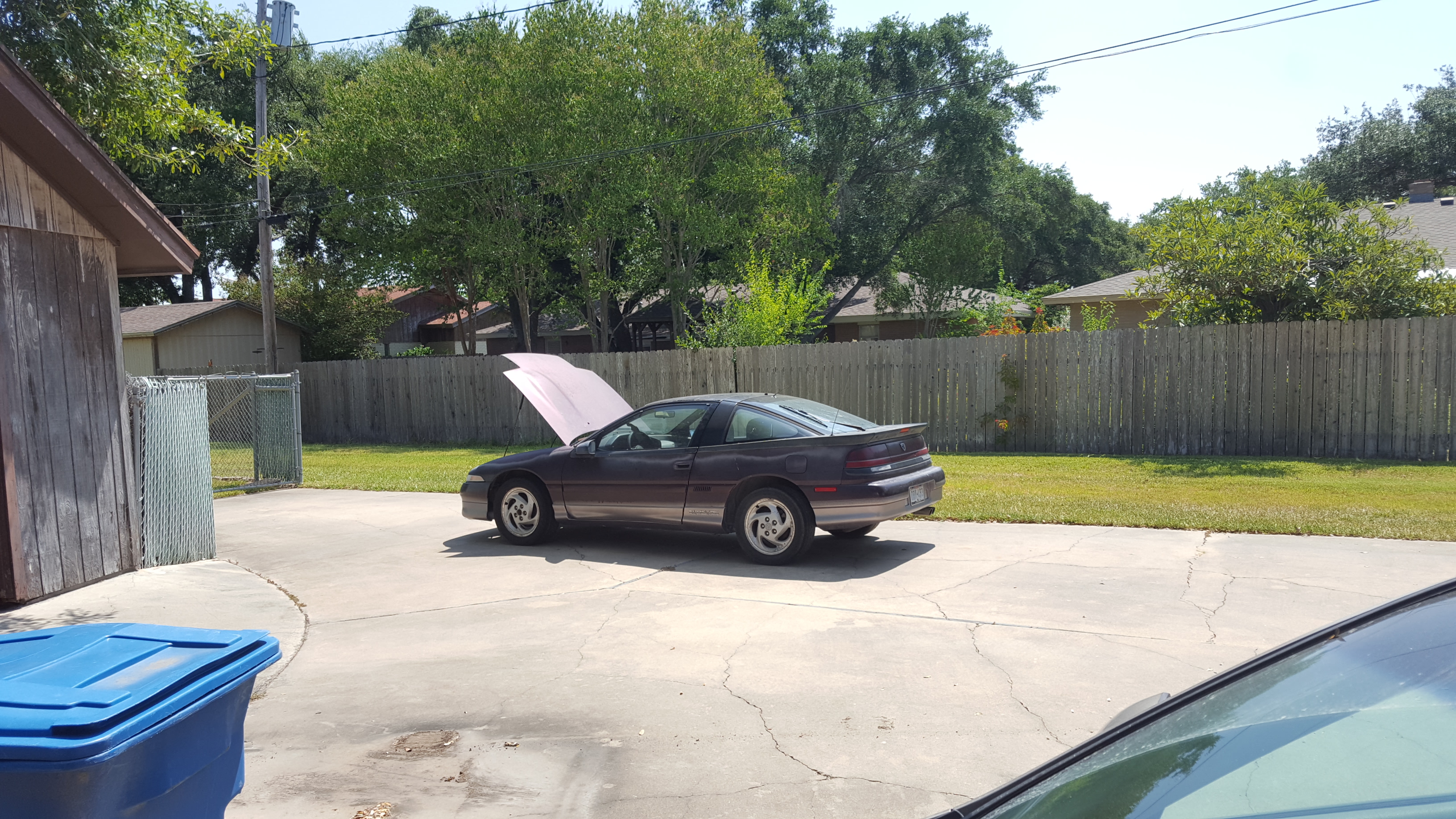 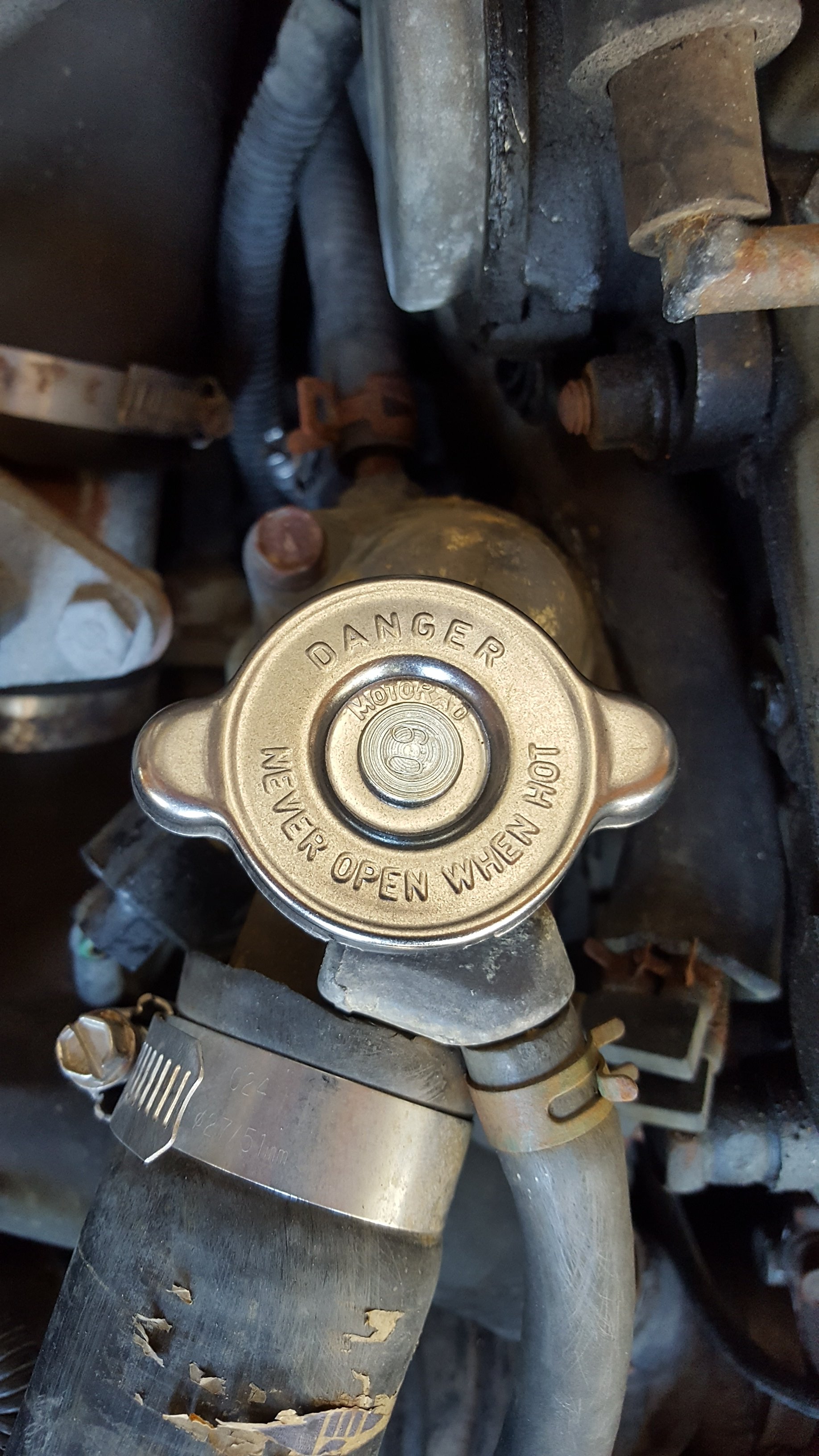 The car ran and drove.. for a few miles.

I was able to take a little shakedown drive for about 15 minutes.. Other than that and a little groaning from a wheel bearing, the car ran great for it's first time out in 5 or 6 years.

I popped the hood as soon as I got back to the house, and I could see that the timing belt was extremely loose.. just flapping around between the cam gears. Perfect.

That was the last day she ran.. A few hours later, my dad flat towed me from his driveway to mine.. about ten miles away. I'm sure he would've done just about anything to get rid of that car and free up some space. 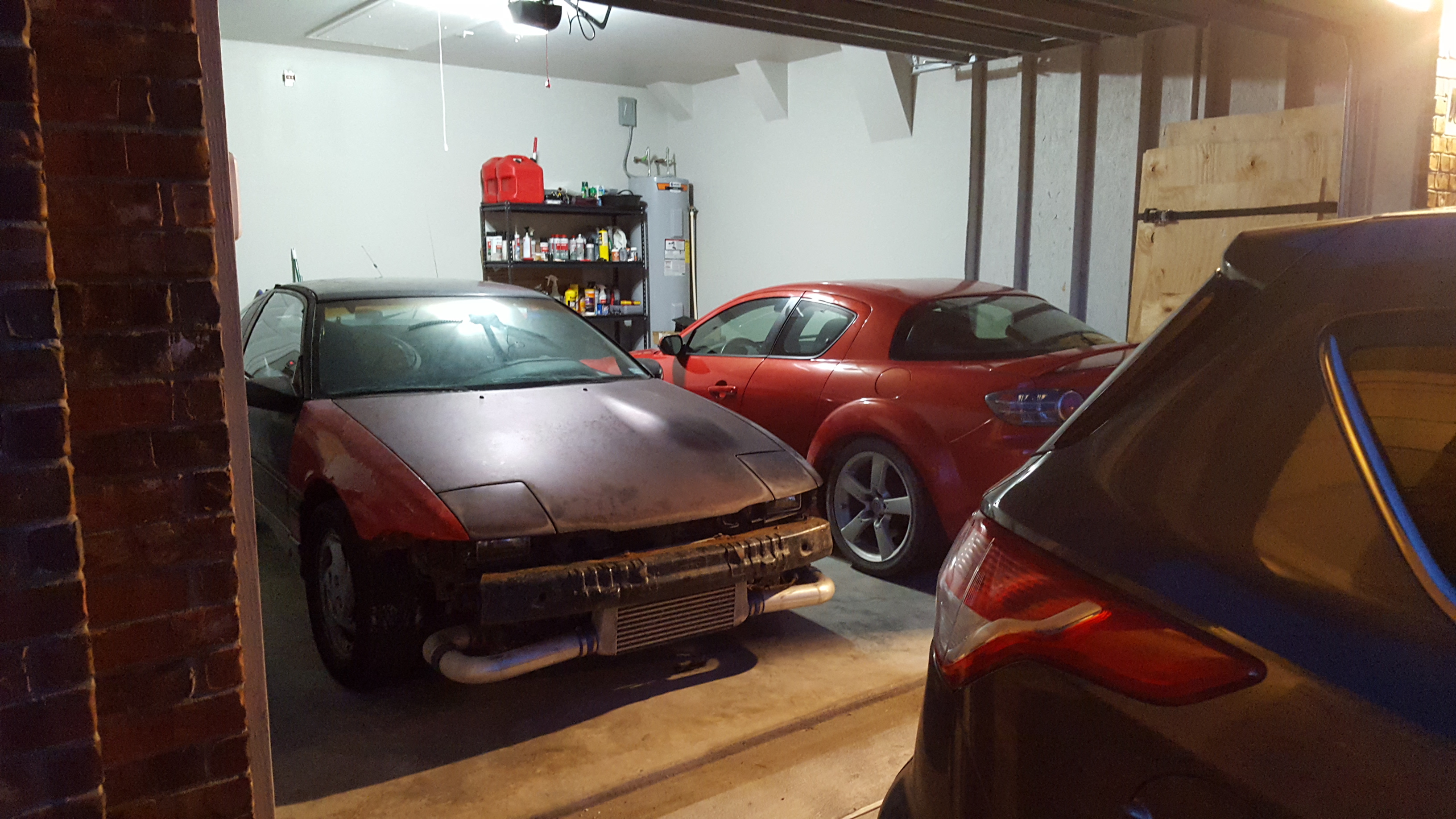 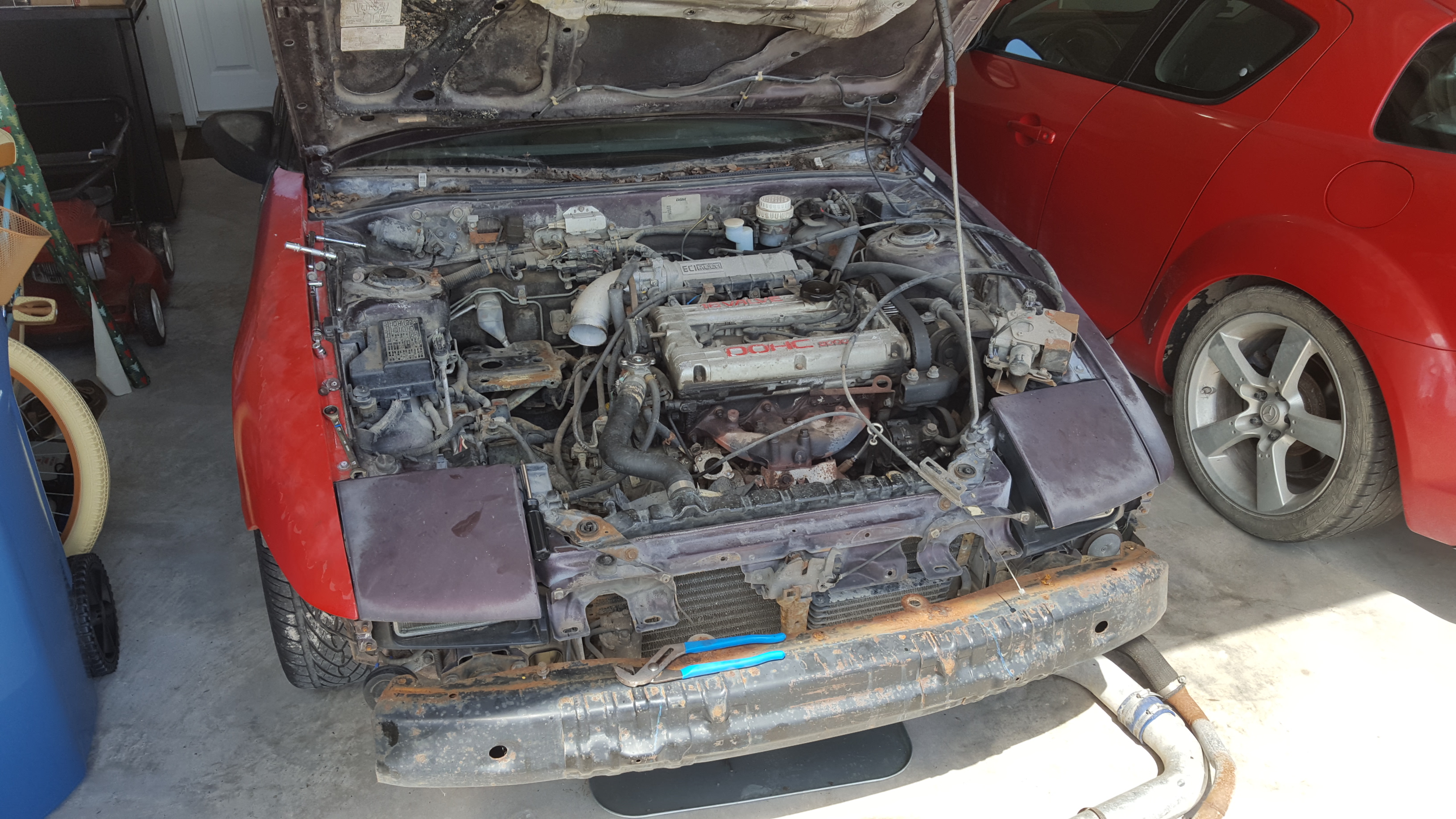 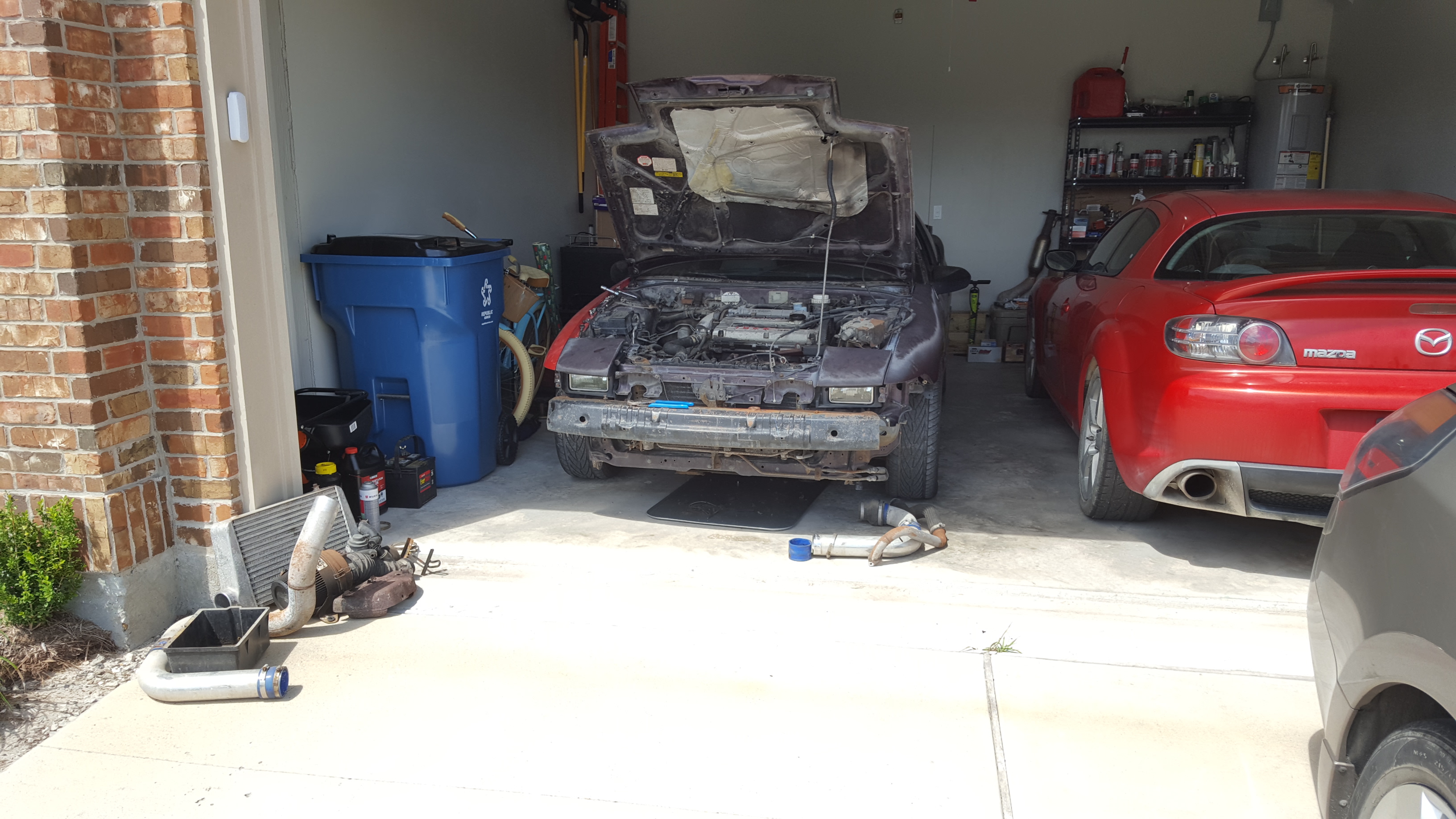 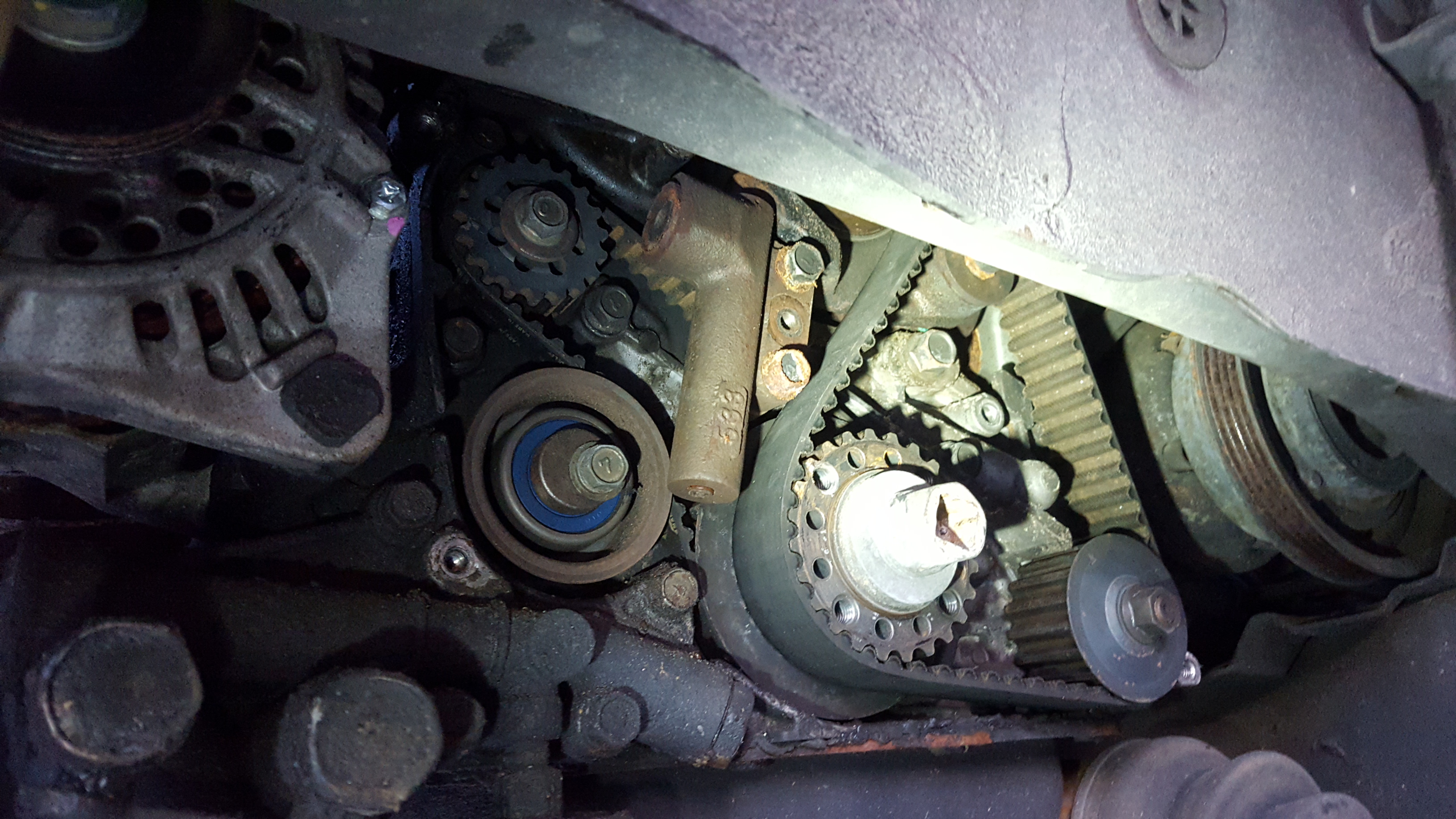 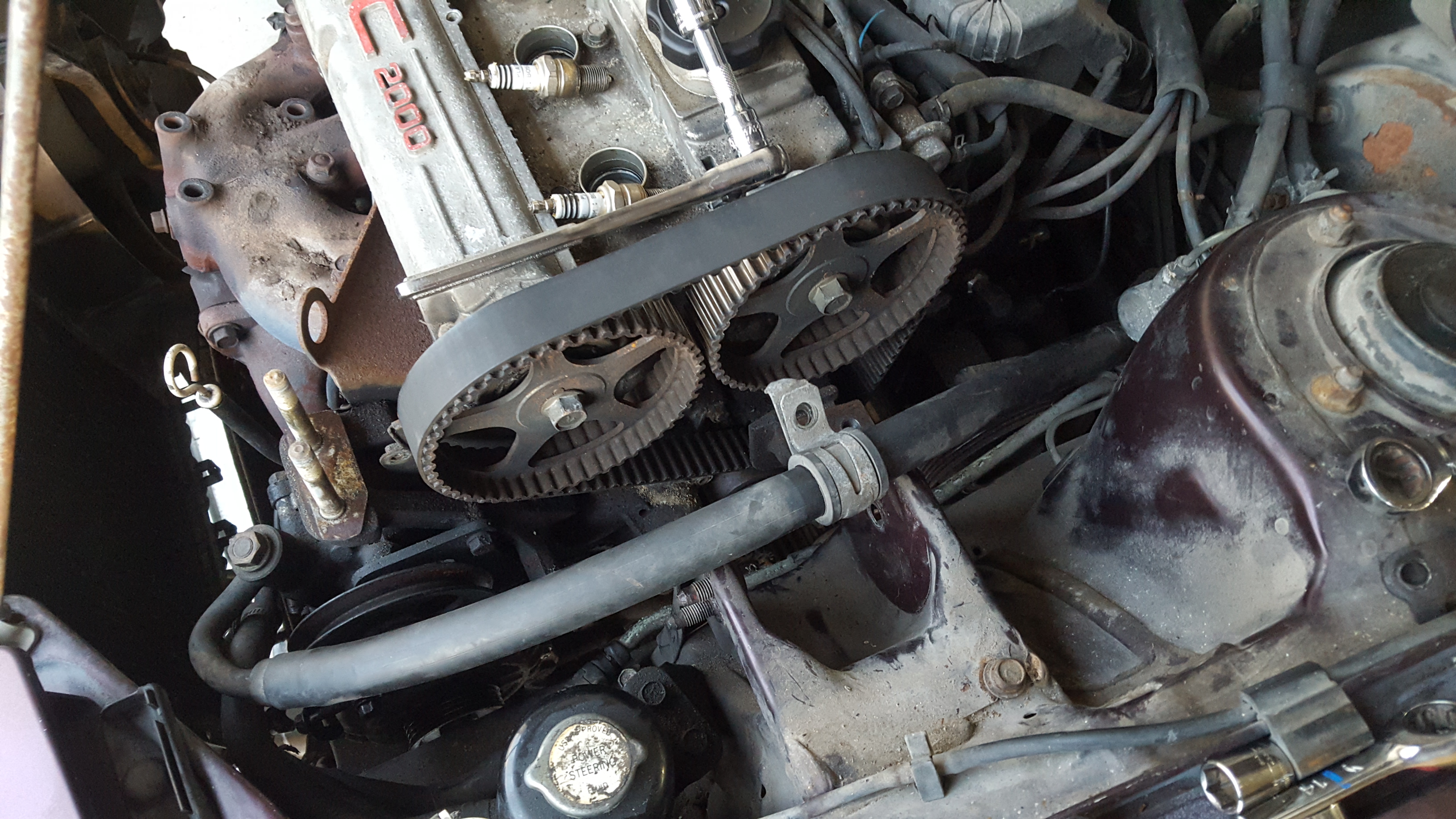 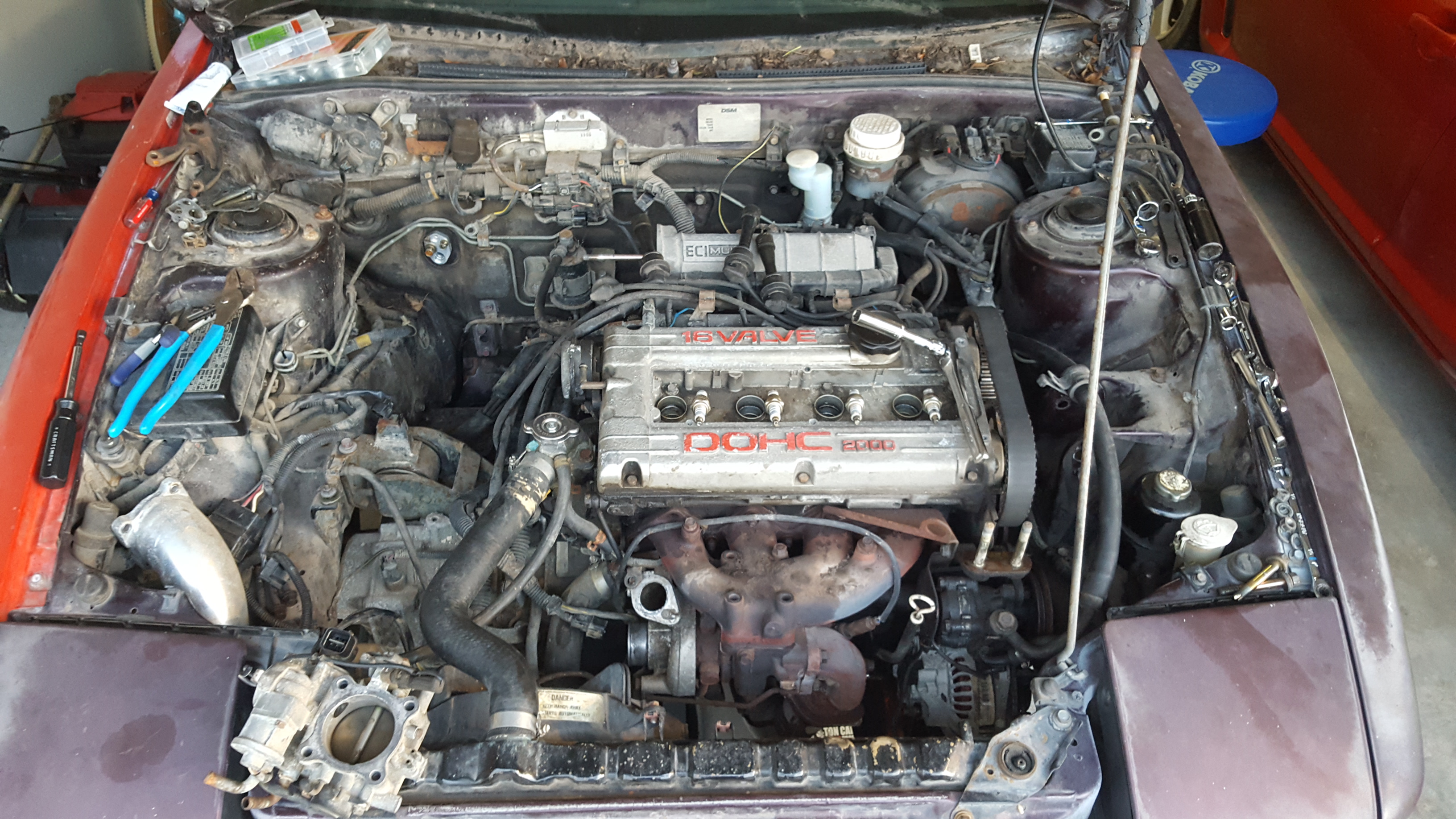 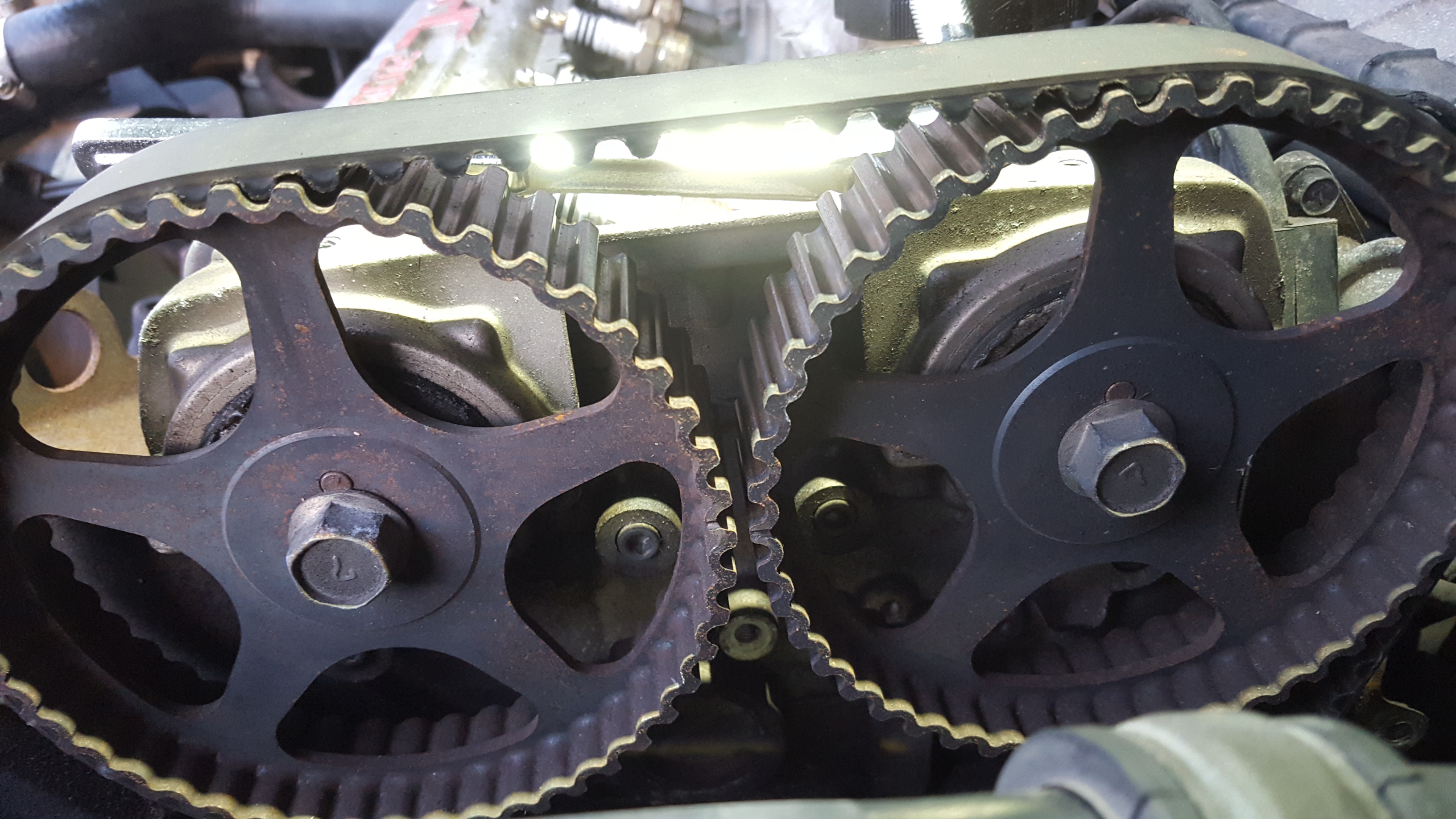 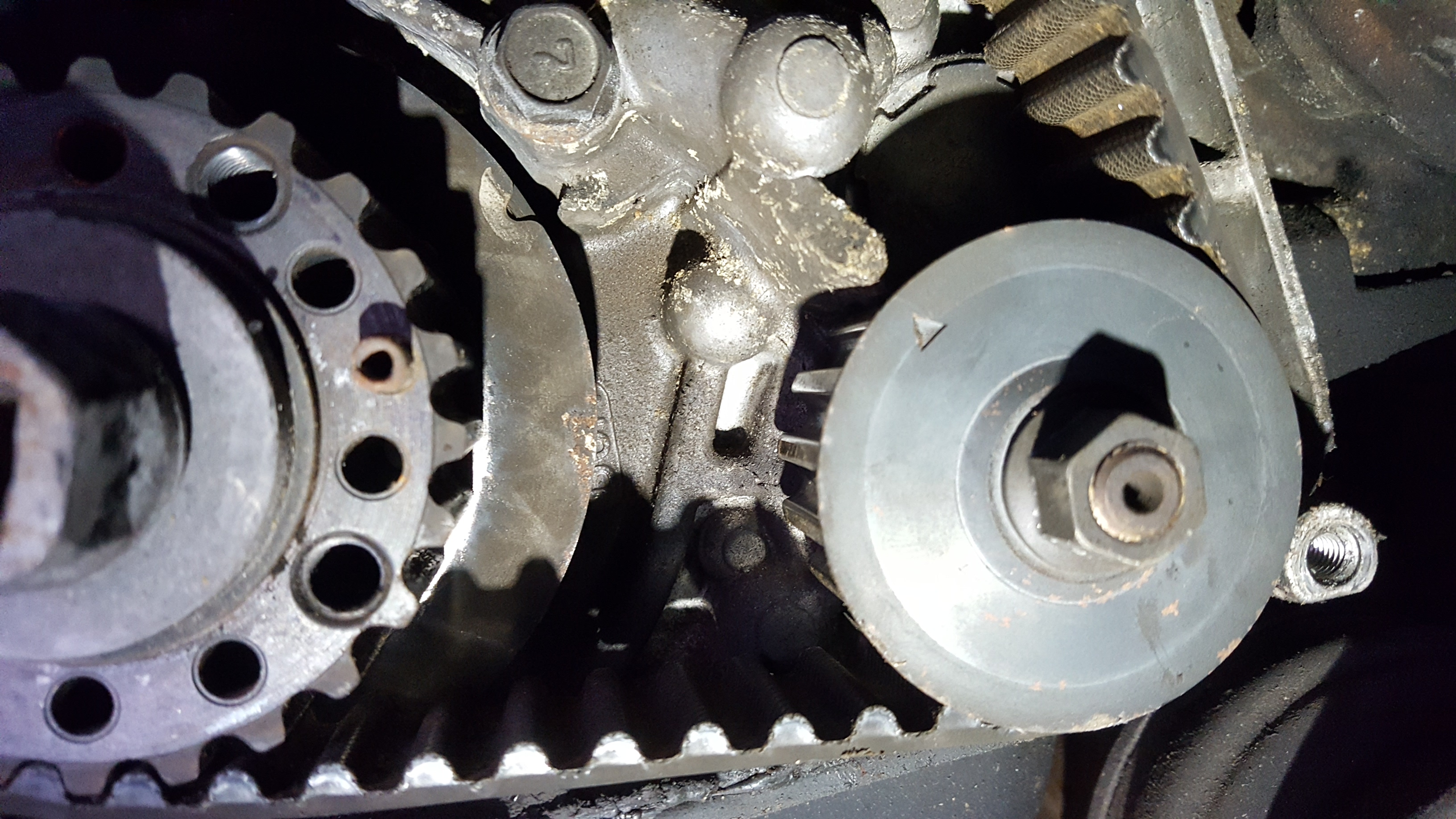 Good luck with the teardown man.

Forgot about this due to all of the craziness.. I guess it's time for a couple of updates.

Pretty normal disappointing stuff for a car that has sat for years. I dug into it, got the engine ripped out and discovered that the timing tensioner pivot arm was completely seized up.. causing the timing belt to have a bit of slack in it.

The car drove fine, but was down on power.. I blame the timing belt and the fact that the turbo was nearly locked up by carbon. 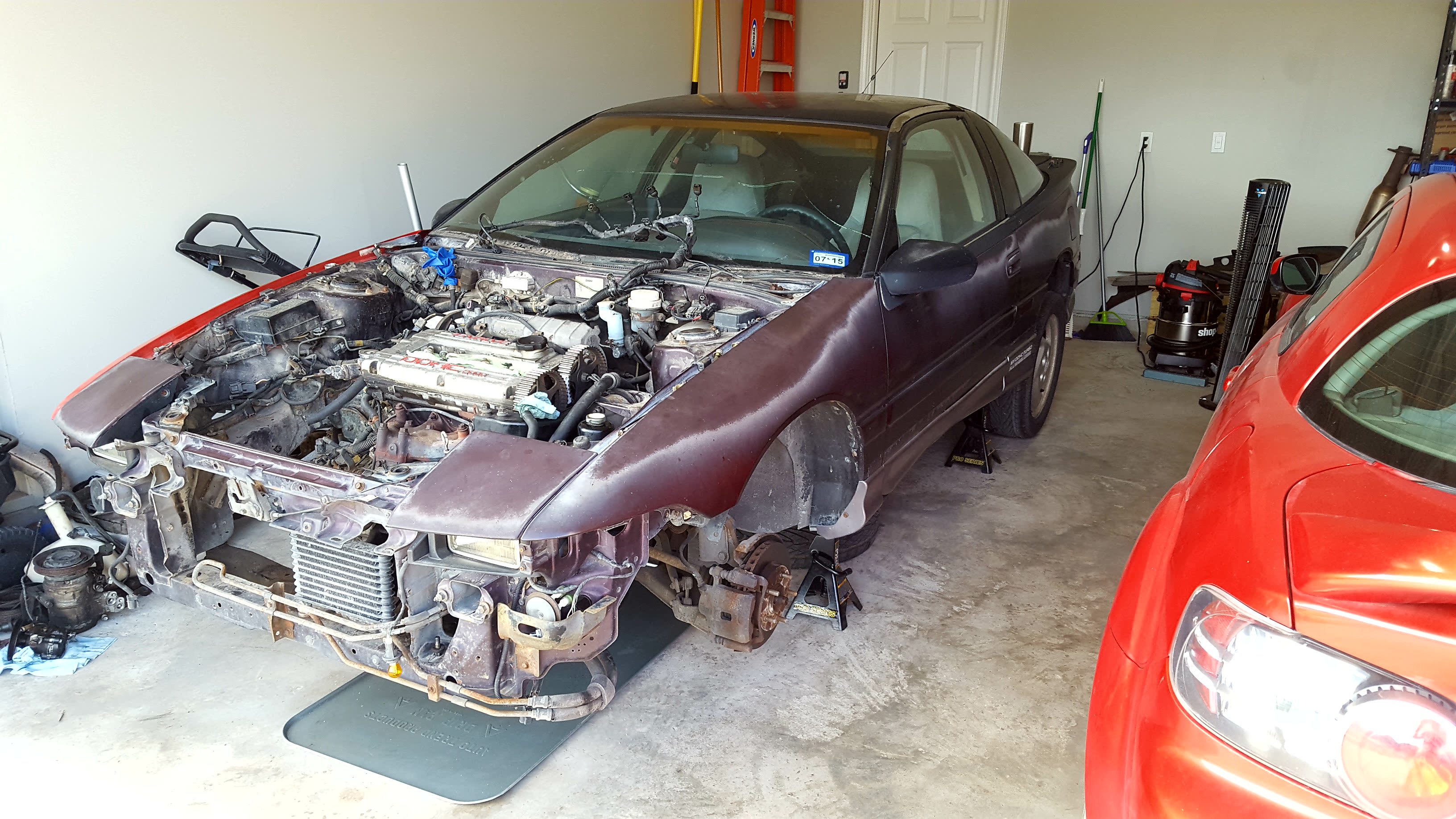 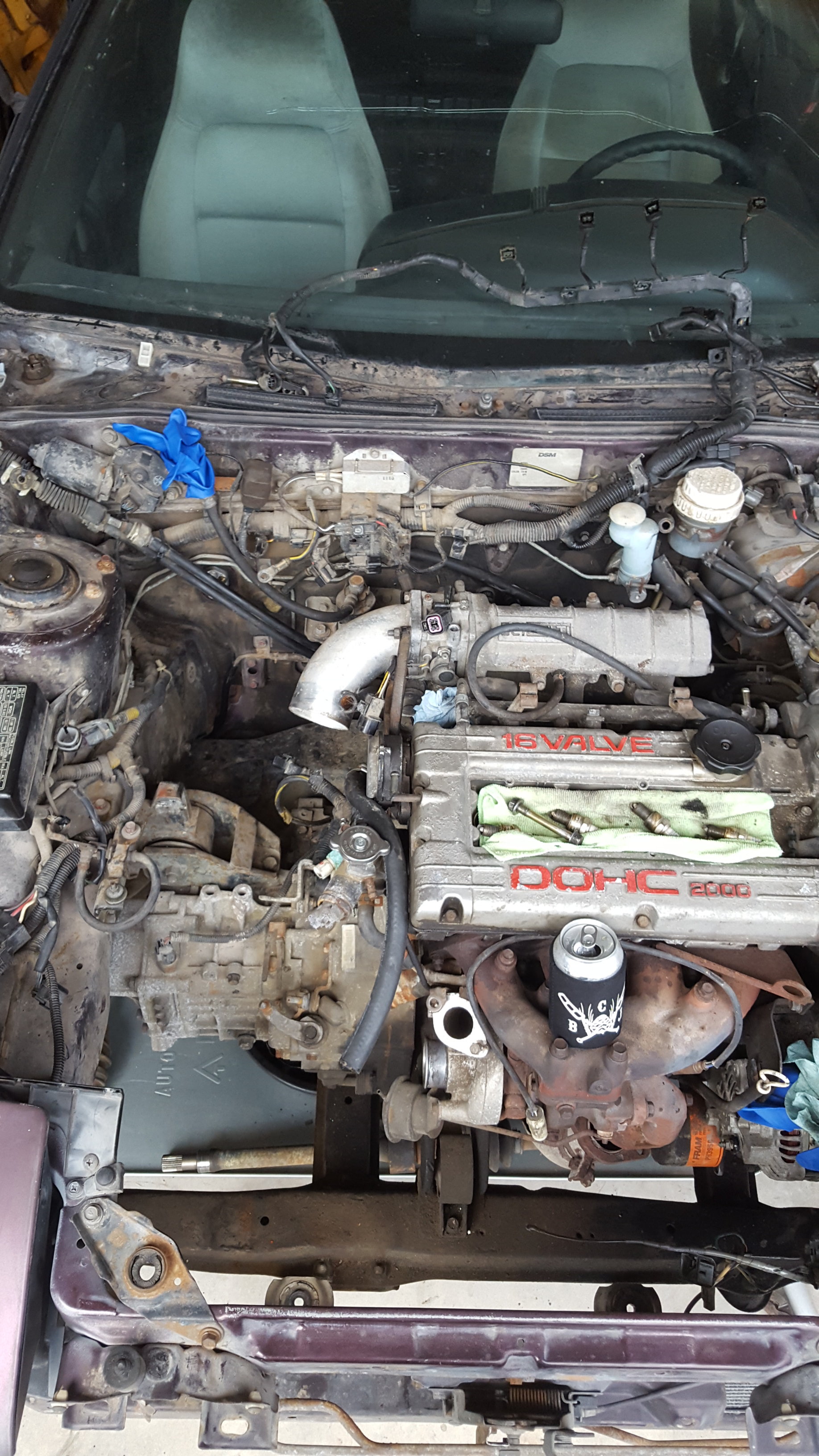 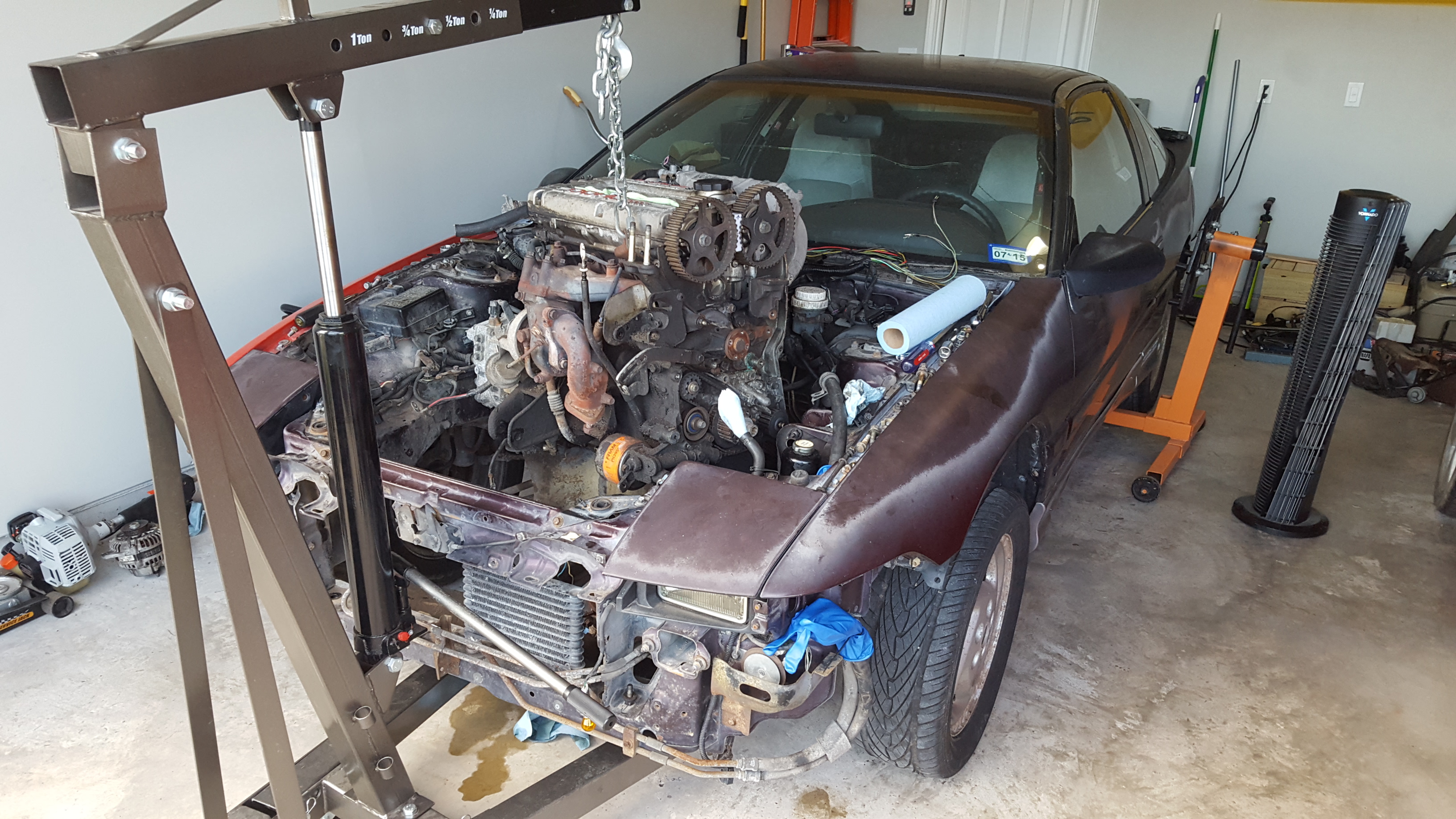 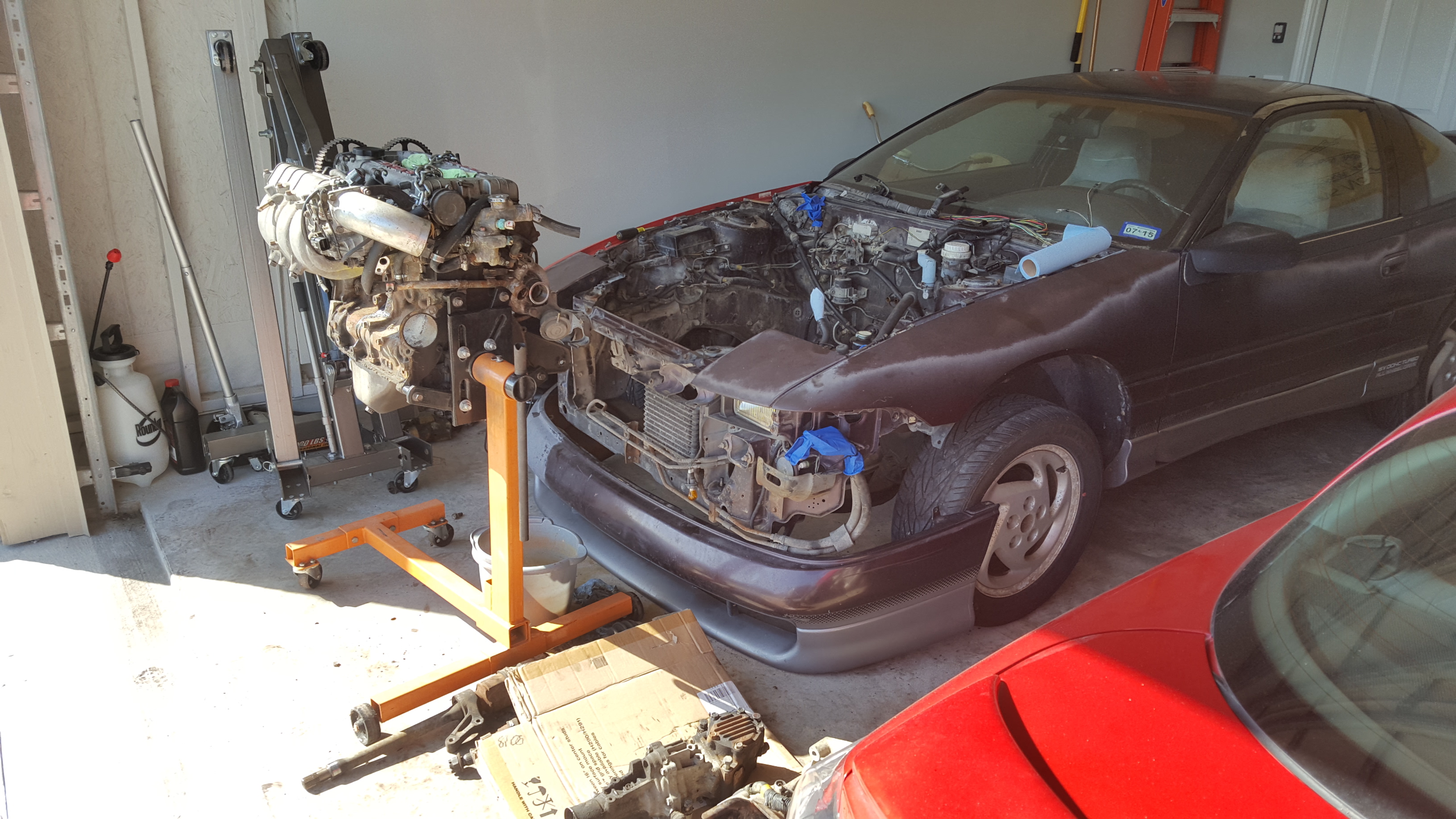 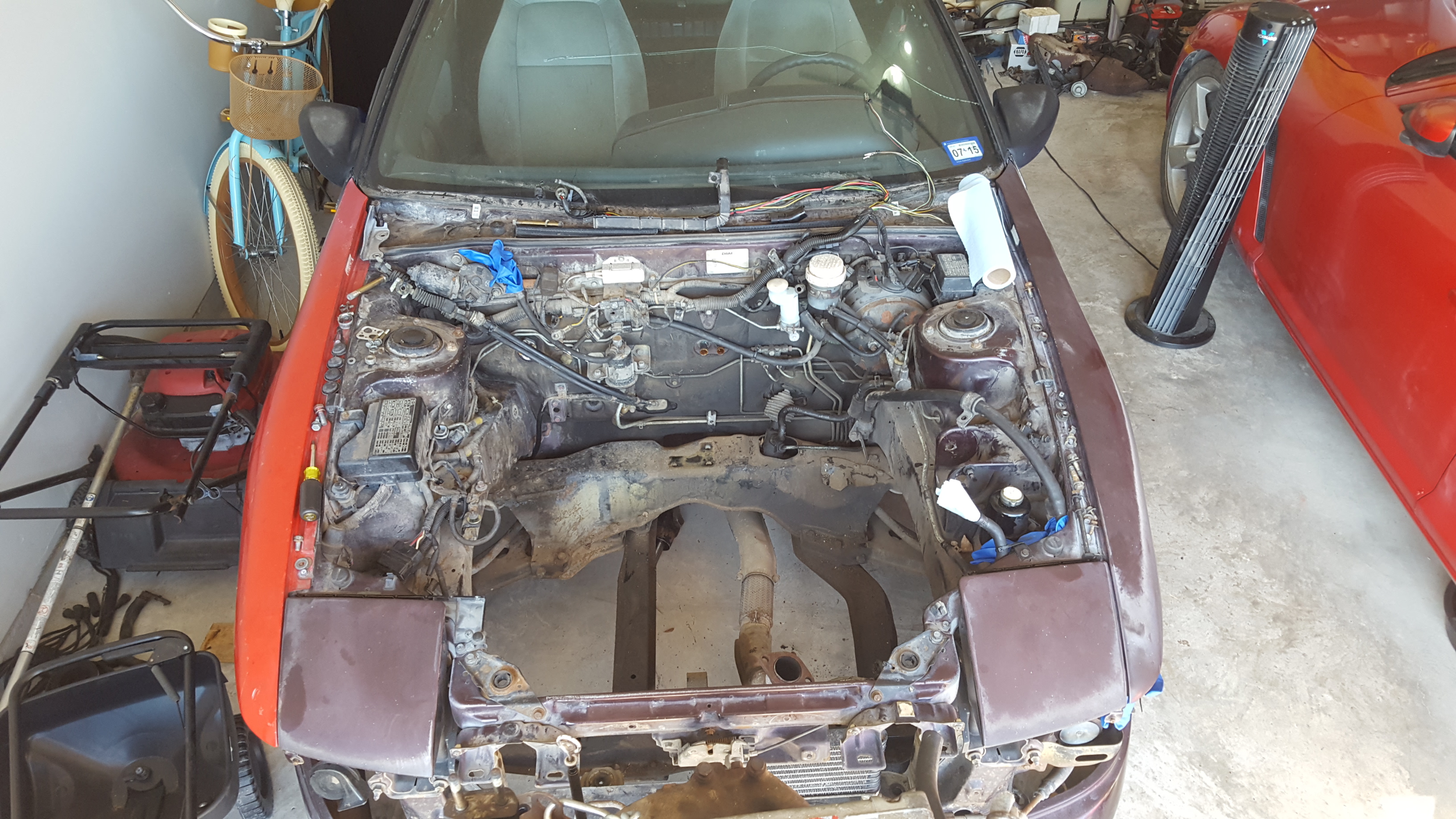 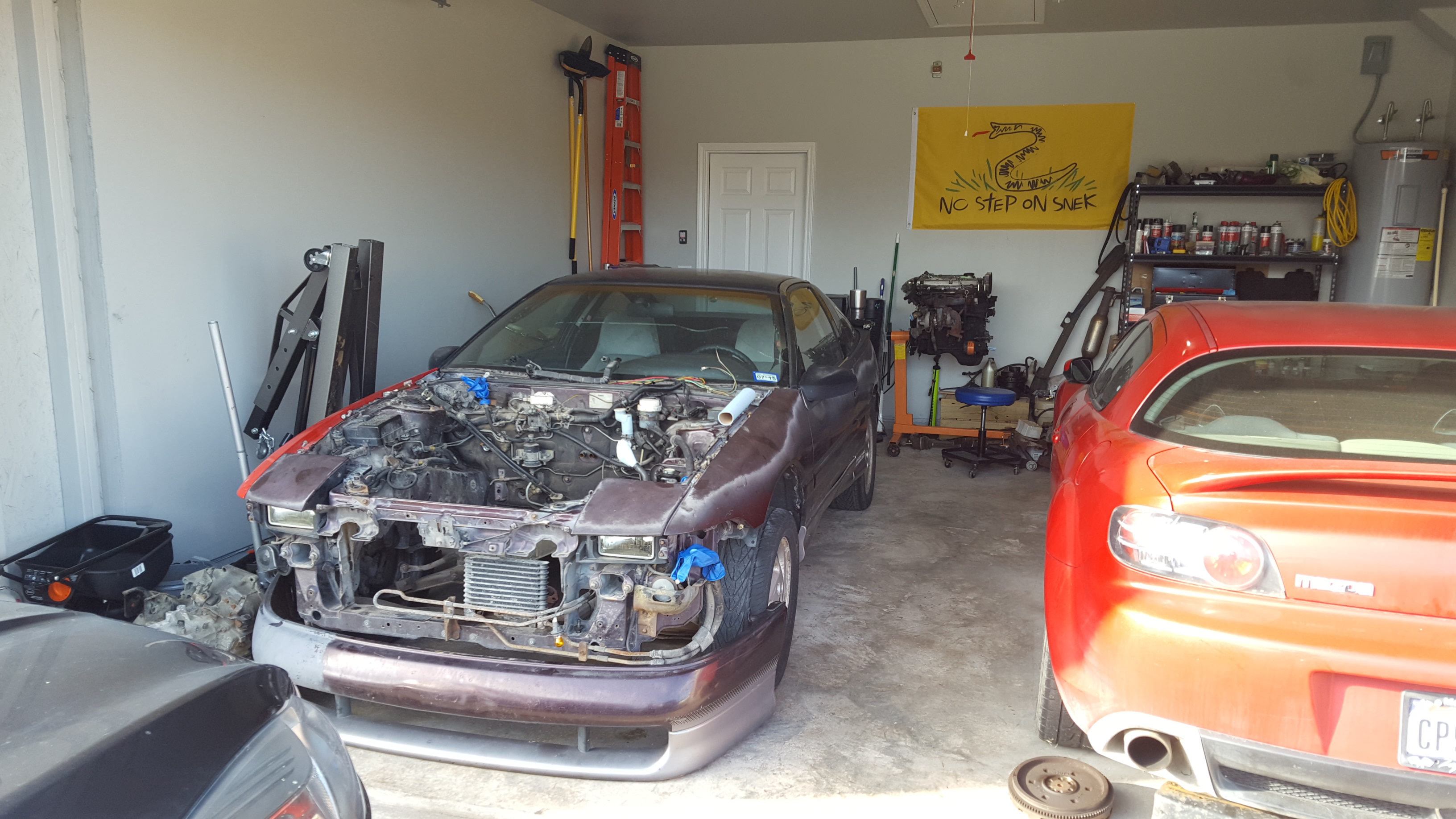 Well, it's been over two years since my last update and quite a few things have happened since then..

I worked on the car quite a bit from the date of the last post up until my wife and I had our son back in January of '21. I left my job in June of '21, borrowed a travel trailer, and moved five hours north to pursue a "dream job" that I just couldn't pass up.
Gratefully, I was able to move the car into my parents' garage while our house sold and we worked through the process of officially relocating. We closed on the new house at the end of September and moved the majority of our things the next weekend in a 26' uhaul.
The car sat for 8 more months until I was finally able to return with a trailer and yank it back up north.. now it's just a ratty tin-can jackstand queen in a different garage

There has been a lot of disassembly and destruction with a tiny bit of rebuilding mixed in. Let's go over some of the more important items: 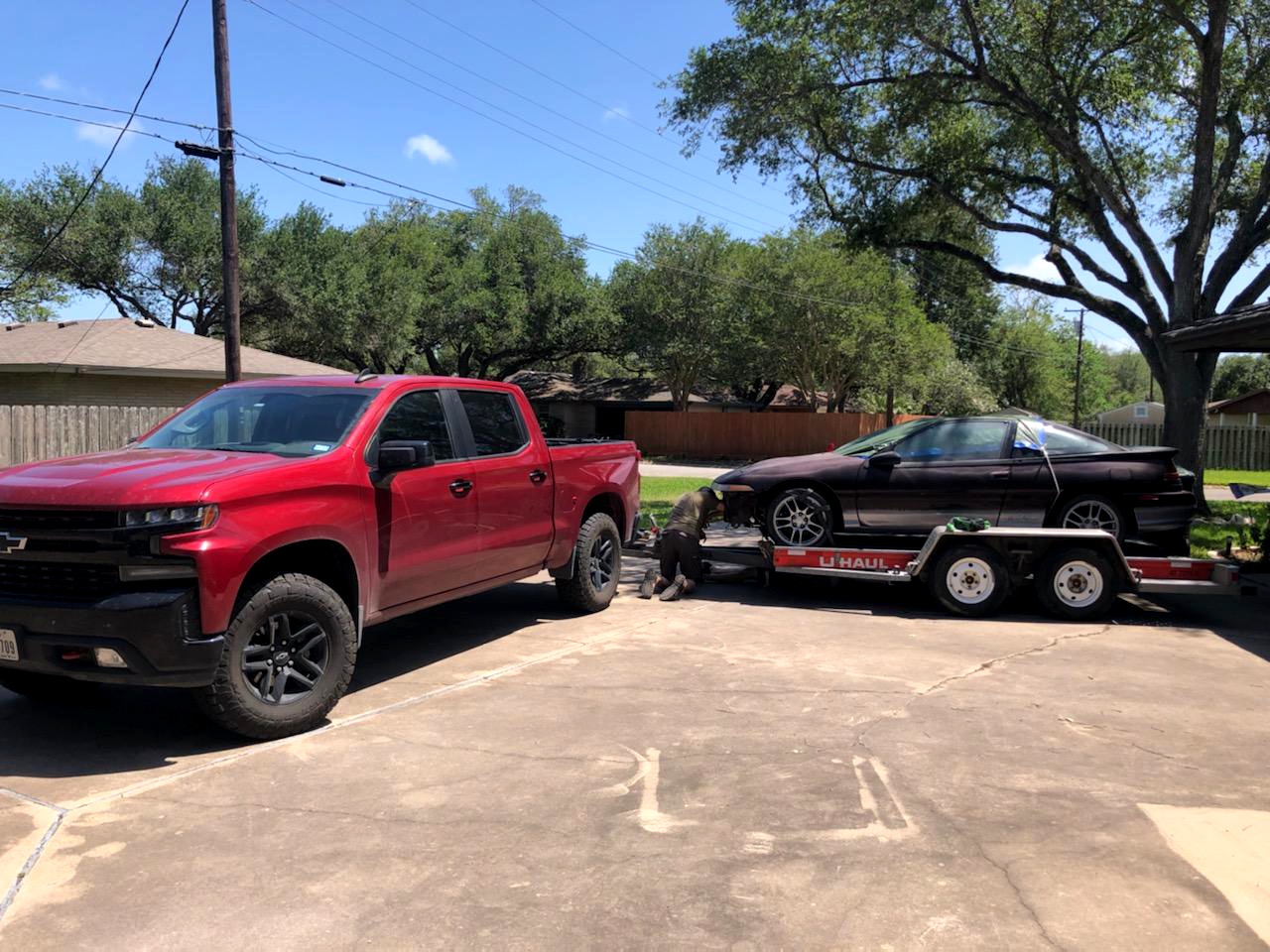 The build is coming along very nicely

fwdmaster said:
The build is coming along very nicely

Thanks!
I'm stretching this limited time and money as far as it can go

Extremely impressed with all you’ve done along with moving and having a kid. Great job!

Also I guess I’ve never seen one with the roof cut for a carbon install. Very cool!
-Deric

1991 Mitsubishi Eclipse GST
Street Build
You must log in or register to reply here.