Dericsh said:
I know they make aftermarket oil pan gaskets, but from the factory isn’t it just silicone?

That’s a big pile of heads! I wonder how do they keep up with all that
Click to expand...

I'm not sure how it is from the factory, but there was a gasket when I took it apart. And yea it must be tough on those guys at the shop. For the past few years it's always been at least a week wait time for a full head service, I've even been told 3 weeks before.
Non-Certified Chrysler & Mitsu Expermentalist - SC

I restored the driver side headlight today. Will hopefully get the passenger side done tomorrow. I'm also considering swapping to LED bulbs as well but I haven't even seen the brightness and light pattern of the original bulbs yet. 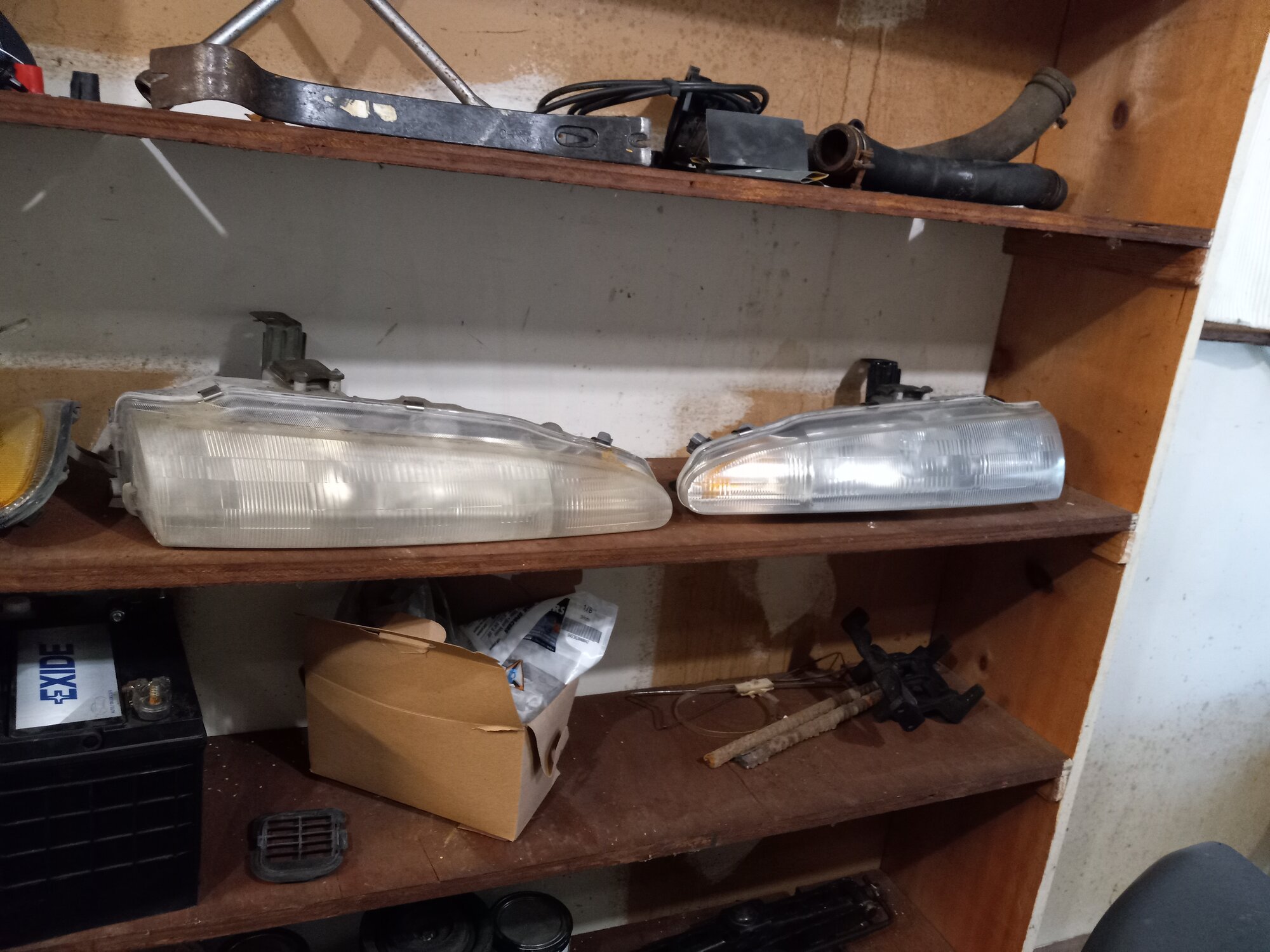 @1990TSIAWDTALON has a good review of led bulbs in a 1gb somewhere.
-Deric

That seems quite similar to the process on a 2g. I didn't have to damage my connectors though. They fit right on the bulbs. I'll have to double check but those even sound like the same type of bulbs used in a 2g? If that's the case I'll try to remember which brand I bought and just re-order them.
Non-Certified Chrysler & Mitsu Expermentalist - SC

I thought so. So in theory I won't have to modify anything to swap over, if I can find the same ones I used in my 2g. I remember the low beams fit directly in but the high beams gave me a slight issue because of a cooling fan on the rear but I was still able to use the metal clip to hold it in firmly. If this plays out I might have to update Marty's thread!

I "think" you can get LED's now that don't have the fan, just a heat sink. When I put them in my 2004 Silverado, the product I used didn't have a fan. Also, the fans will sometimes interfere with radio signals.
Here are the lights I used in the truck. Not as bulky now days.

On a 1g, one beam has to have the polarity switched but other than that, it was pretty simple but more bulky back when I did it to the DSM. These bulbs are BRIGHT!
Marty - still plays with BLOCKS!
YouTube - Marty Wilson, Wilson Engine Shop
https://www.youtube.com/channel/UCwfCcimqz3w4BSVZ1fthoHQ
Instagram - wilsonracingandengineshop

I just got a call from the machine shop. They said my head is cracked in multiple places and warped too badly to be resurfaced. Keep in mind it's been over a month since I dropped it off, and I had the car running fine before... I'm going to pick it up and have a look for myself. If what they're saying is true I might be in a hard spot with this car. I would imagine good heads for a 4g37 are few and far. Might end up doing a 4g63 swap just for convenience.
Non-Certified Chrysler & Mitsu Expermentalist - SC

Get with Steve Miller https://autoimportskannapolis.com/
About the head. Good chance he has at least a core. Good guy and good prices
On FB, kannapolis auto parts. You can message him on there.
-Brian
'92 Plymouth Laser auto awd 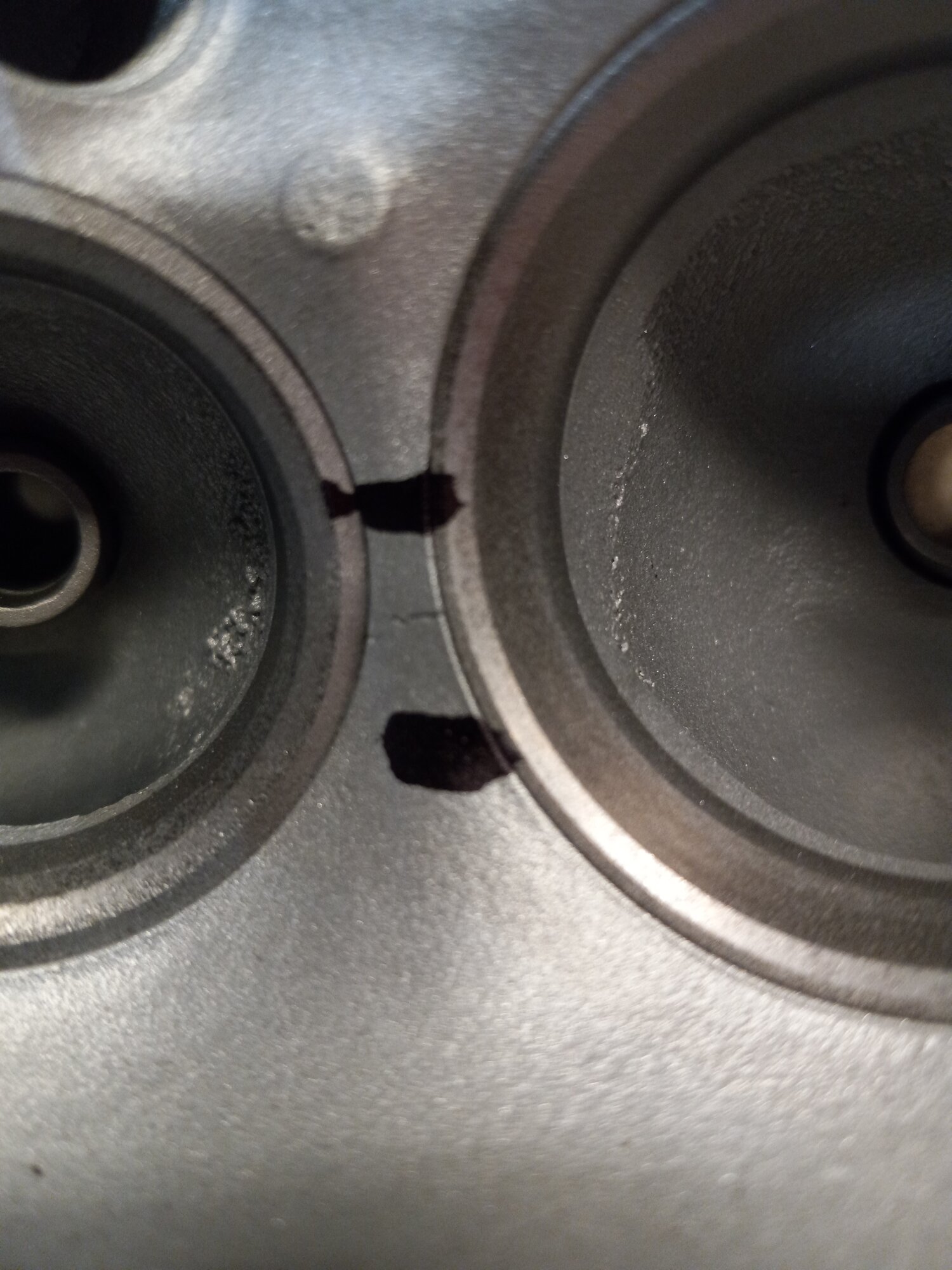 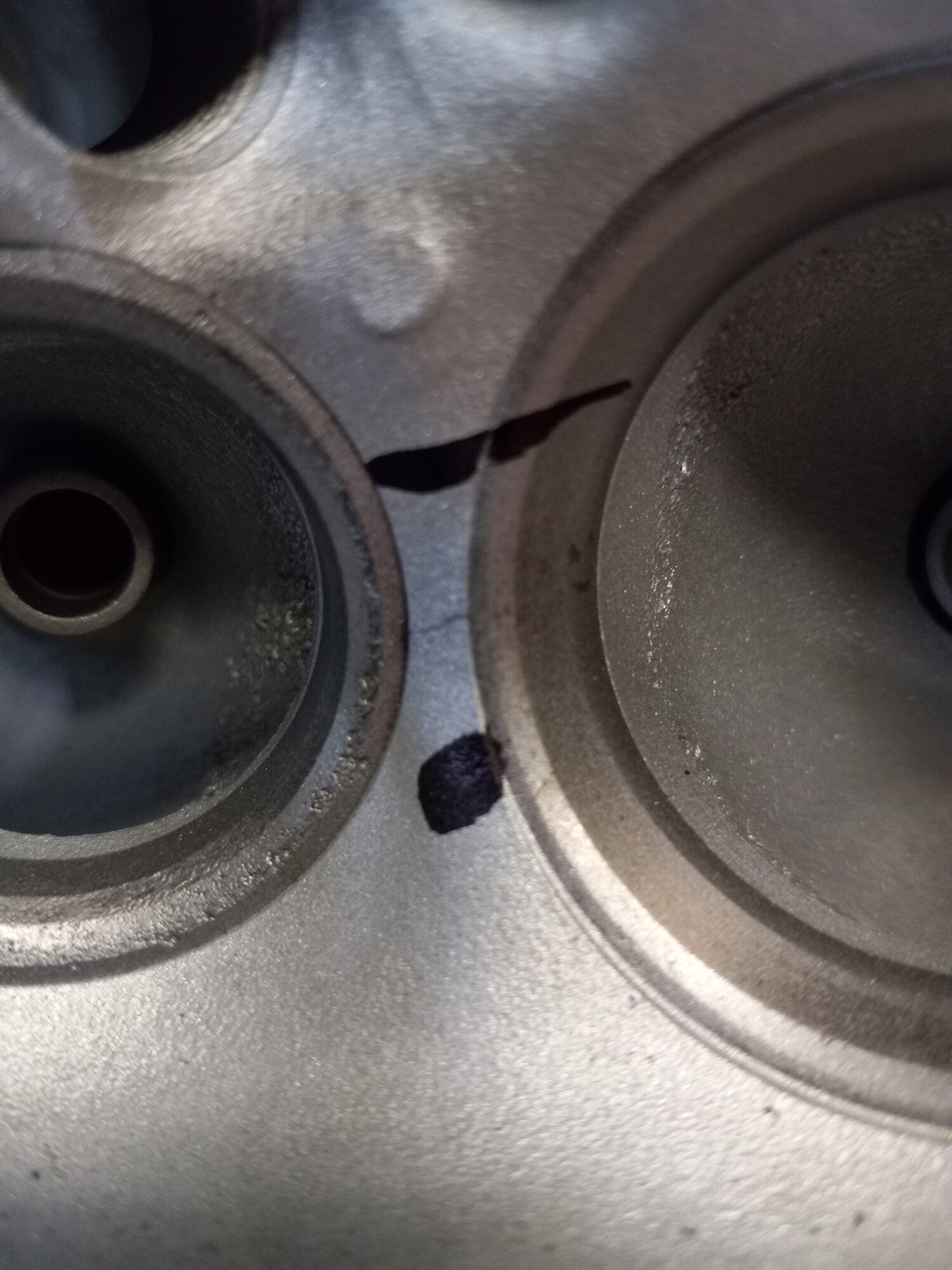 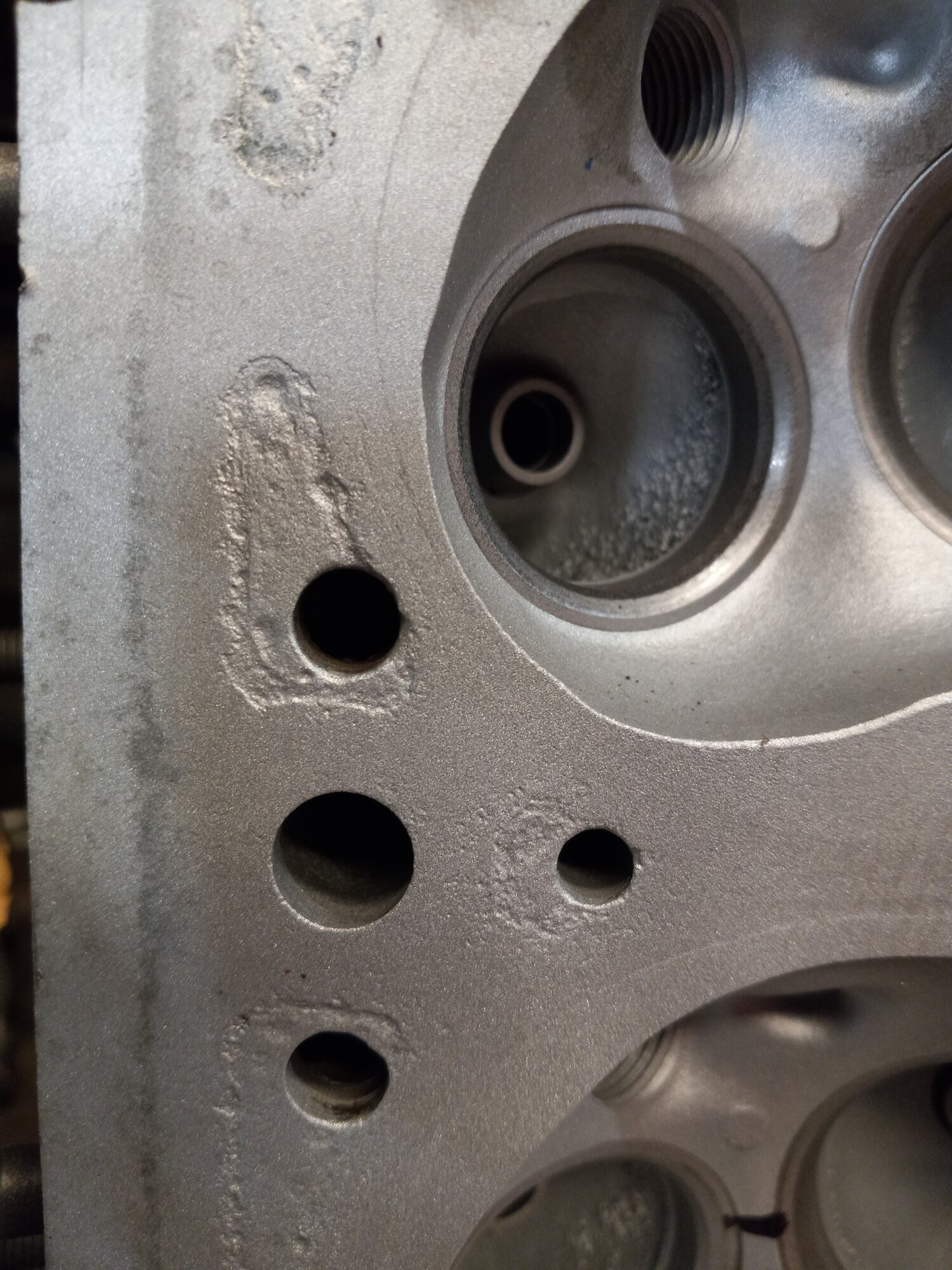 It's been a while since I messed with the car but today I got something great from the junkyard. To my surprise there was a 92 Eclipse with a 4g37. So I grabbed the head from it. It looks like it was rebuilt very recently and I don't see any cracks. I think with a cleaning, checking and resurfacing this will work good on my engine. Before I found this head I was very deep in thoughts of doing a 4g63 swap

But I guess she'll keep the 4g37 this time around. 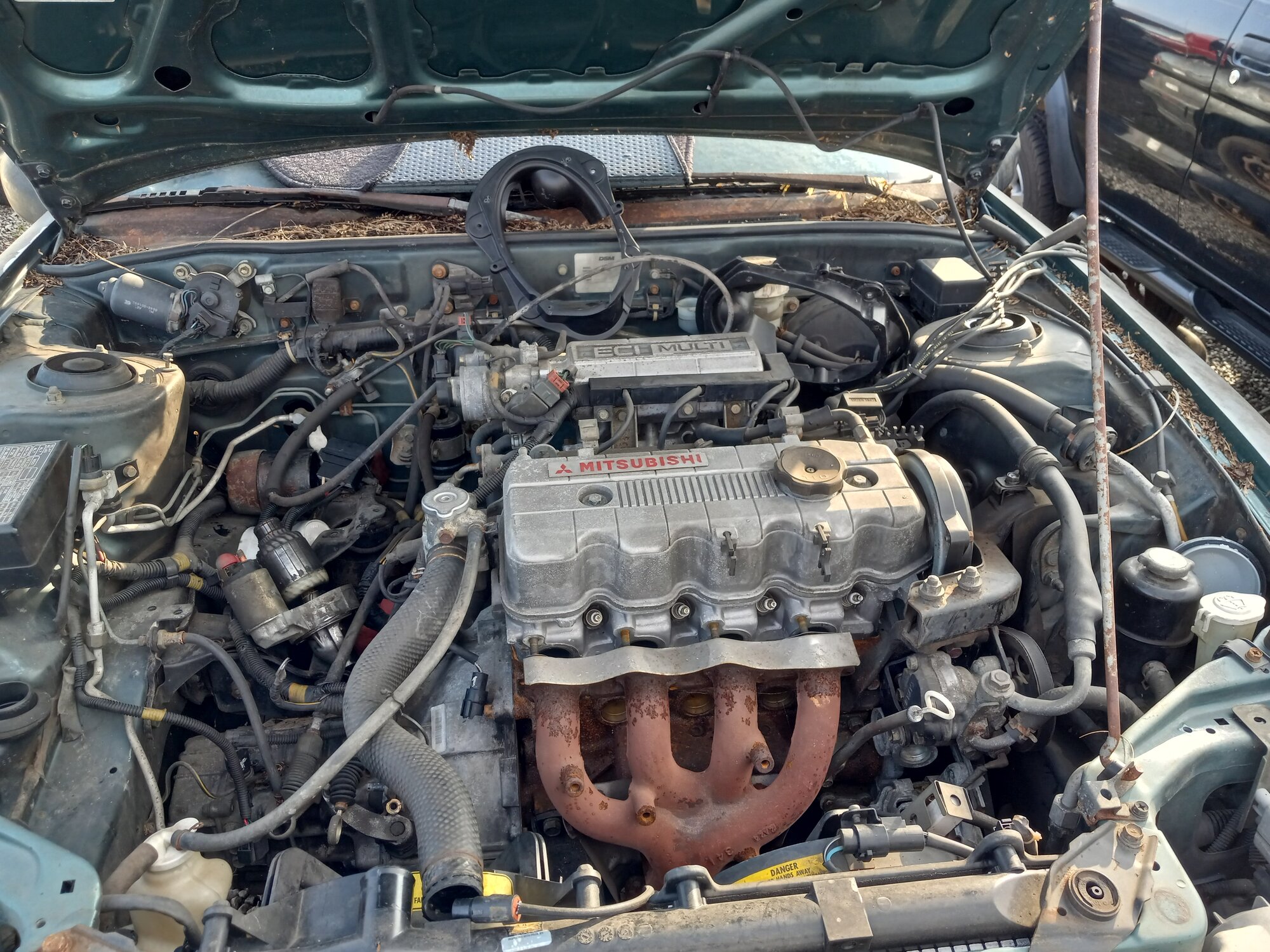 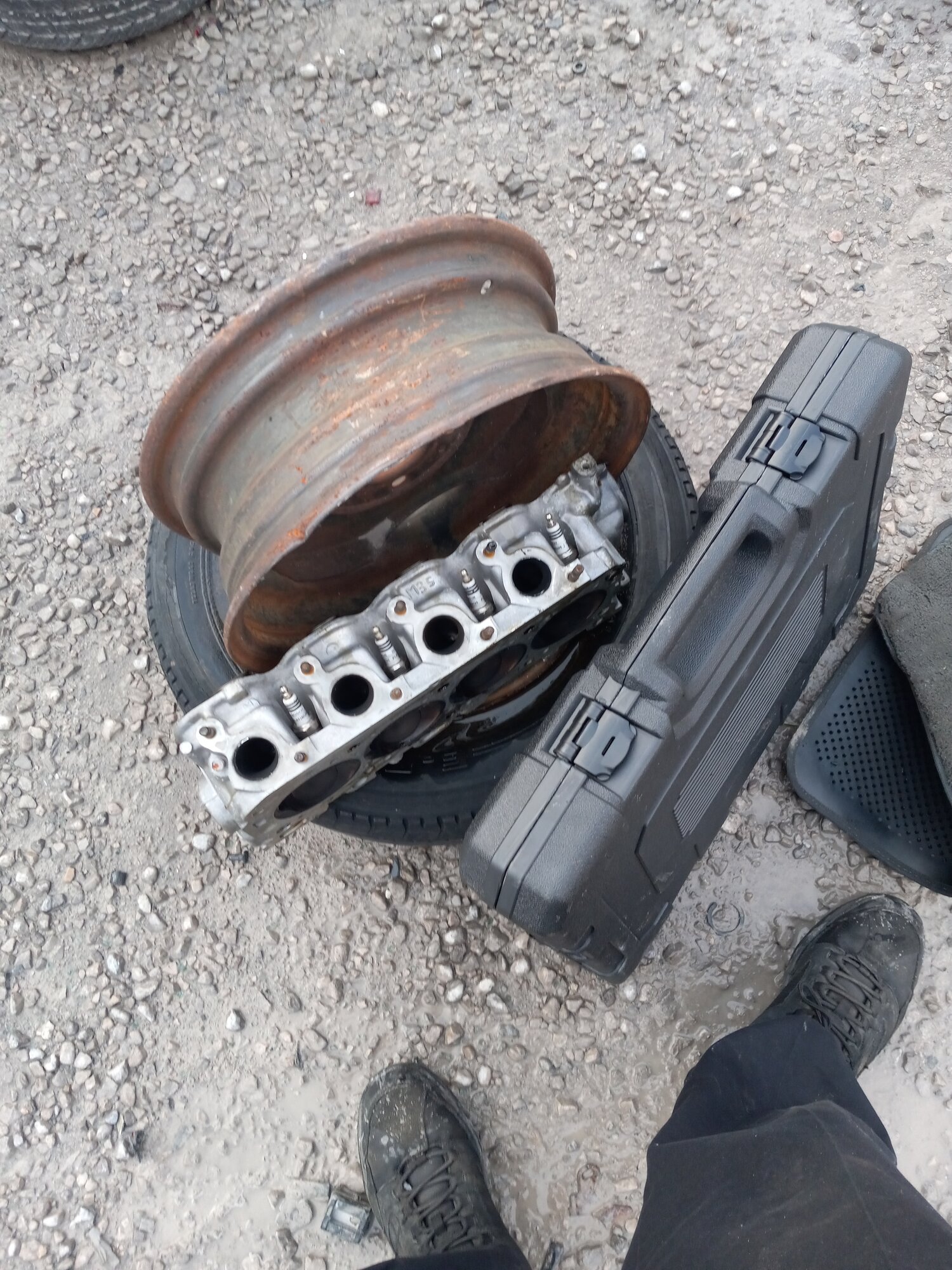 I also bought a random floor mat while I was there to safely and cleanly transport it.
Non-Certified Chrysler & Mitsu Expermentalist - SC

If you 4G63n/a swap it, keep the transmission. It's the same between the two engines.

The 4G63 swap we did was nice, but honestly if I could do it again I'd have 4G63T swapped it and left it alone. 4G63T, with the stock 14B, and freemods/basic mods would run forever, get great gas mileage, and would rip.


And I personally would be hesitant to use Stevie Miller at all, especially with anything engine related. See my build thread for pictures of an engine he said was "0 miles, freshly rebuilt" that was far from it. Also responded to my pictures of wet oily exhaust ports with a "looks fine to me" and refused to do anything to make it right after I spent north of $2500 for it. So yeah, I'd stick with your local junkyards or classifieds.
Nothing cool to see here.

I have the engine fully assembled and everything is re-installed on the car now. Everything is looking so much better than before. But the damn thing won't start. It's just like a DSM to take your money and then not even start

. It seems to be an ignition timing issue. Each cylinder is getting plenty of fuel and compression but it is backfiring through the intake as I turn it over. I'm 100% confident on my mechanical timing as I triple checked it before installing everything. So it must be something with the distributor or perhaps improper firing order although I thought I hooked the wires up as they previously were. I'm just too tired to mess with it tonight (or this morning I guess it is now). Perhaps after a few hours of sleep I'll have her figured out and test driven. I'm doubting all the worst case scenarios since it was running before I tore it apart so I must've made a mistake somewhere.
Non-Certified Chrysler & Mitsu Expermentalist - SC

The solution ended up being the wires for cylinder 1 and cylinder 4 needed to be swapped. I was previously using a firing order diagram I randomly found online. According to the FSM, it was not correct. I don't know why I wasn't using the FSM in the first place... Now she starts up. There's still some kinks I need to work out though. Probably need to adjust the TPS.
Non-Certified Chrysler & Mitsu Expermentalist - SC

Now that it runs I figured it was time to take it out for a wash. This might have been the first wash in a few years. The soap provided at the carwash was not strong enough to cut through all of that crud, but it's significantly more appealing now anyway. Side note, this is probably the slowest car I've ever owned

. Even at WOT in 1st gear it has no pep to it, but I suppose it runs well enough to serve it's purpose as a vehicle. What could you expect with 92hp anyway. Reminds me of the 1971 Volkswagen we used to have. Just a bit more stylish. Oh and I also thoroughly vacuumed the interior and found some missing pieces under the seats. I'm about to have it fully reassembled on the inside hopefully. 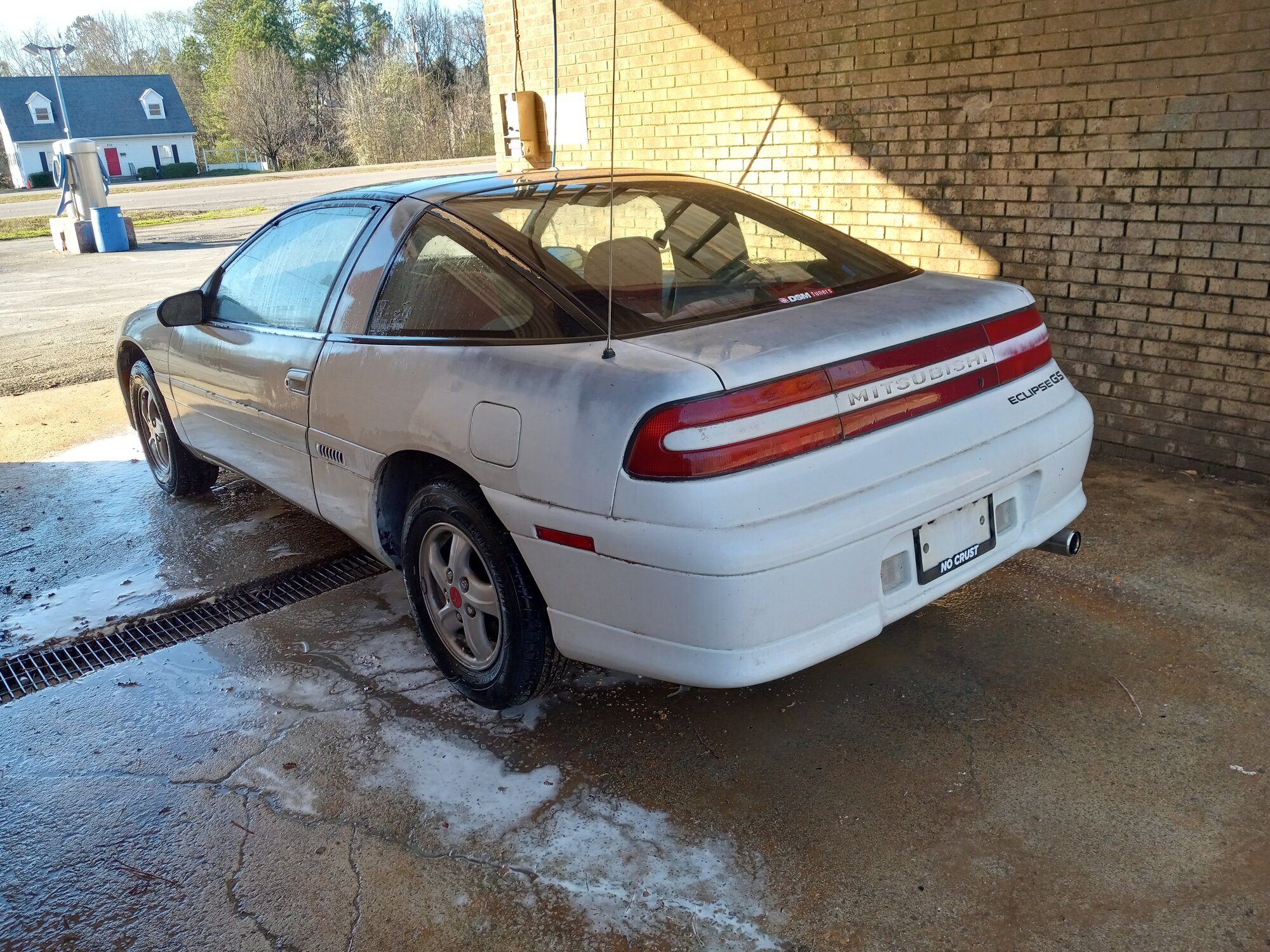 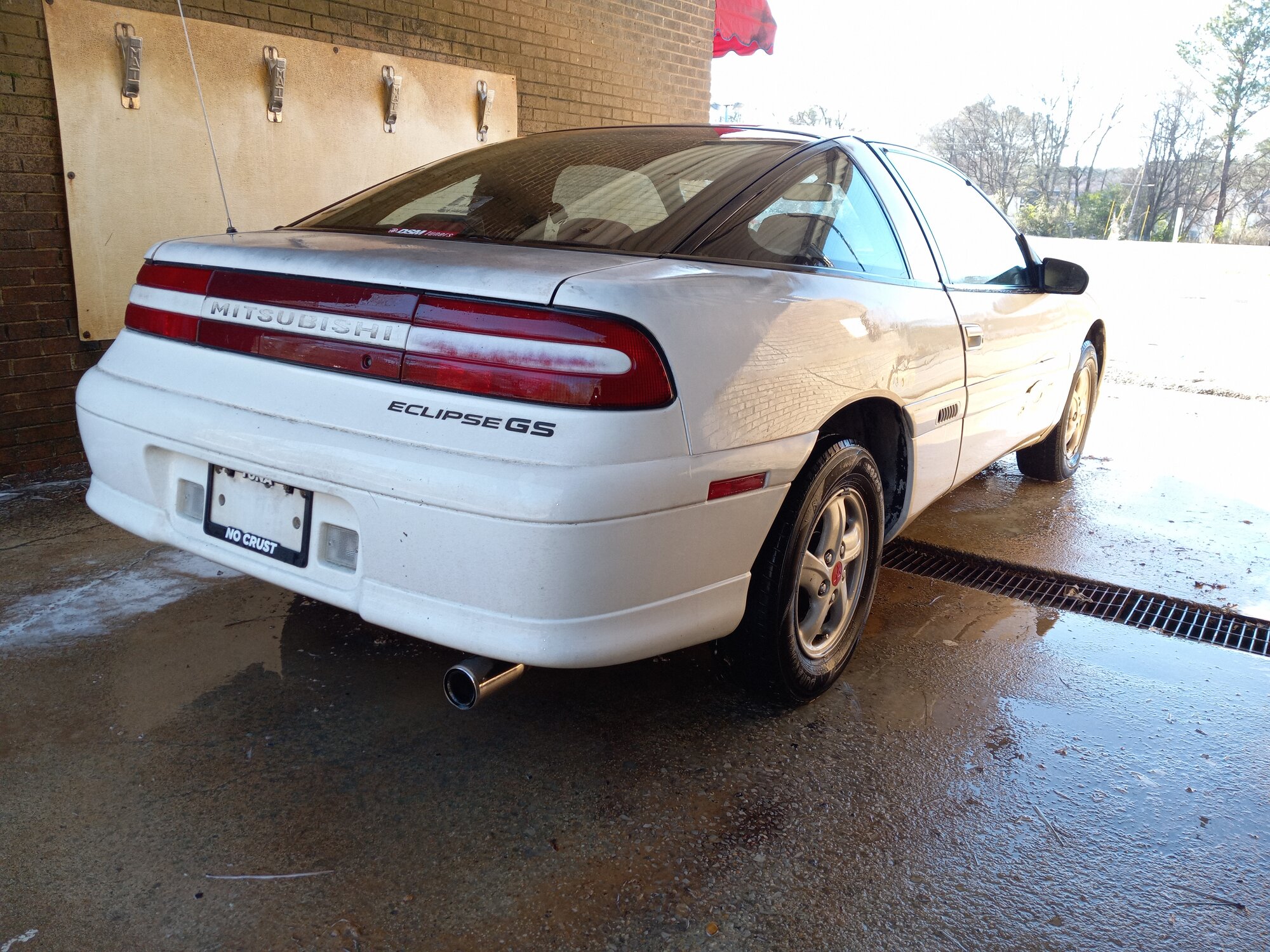 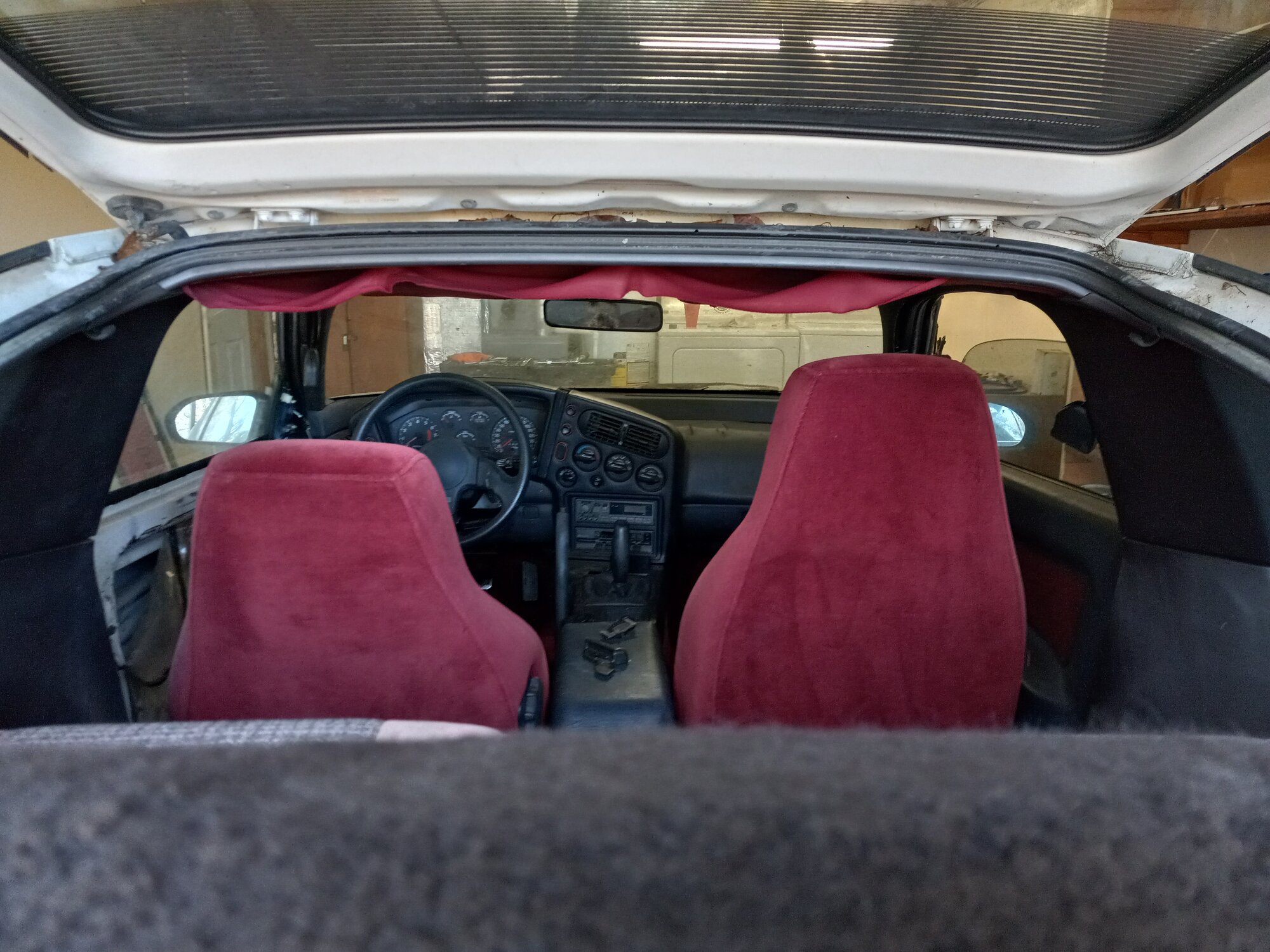 1993 Honda Prelude Si 4WS
You must log in or register to reply here.

Diamond in the (very) rough. Saving a Spyder