My wife bought our 1999 Eclipse RS with a mopar 420A engine from a used car dealer back in March. They claimed that they had replaced the head gasket. After driving the car 3,000 miles I changed the oil (using Royal Purple 5W30) this was about June. One day I started the car when it was over 100* to let the inside of the car cool down a bit (usually I won't even use the AC), when I backed out of the drive a ploom of smoke poured out of the exhaust. I figured the rings were a bit worn having 74,000 miles on the engine so i switched to 10W30. This slowed down the oil consumption for a while. I'm at the point now where it needs a full quart of the 10w30 each time i fill the gas tank...every 300 miles or so.

Now it is November and during our first winter storm the other day I realized there is no heat making it into the passenger cabin. I checked the thermostat and found it was broken and stuck closed.

(Strange that I had not noticed any signs of overheating) 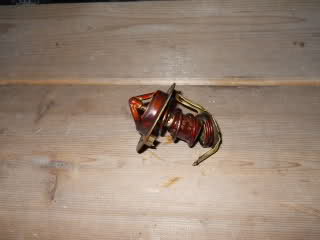 I drained the radiator and found some oil in it as well. 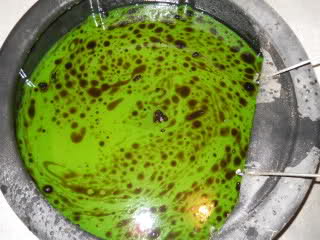 So now it is time to start the rebuild.

I am planning on keeping the engine mostly stock, maybe upgrading the intake and exhaust a little further than it was when I got it. I will be relocating the EGR and blocking it off at the head. I have almost finished removing the accessories so that I can pull the engine out and send the head and block in to have them checked to make sure they didn't warp since I have no idea how long the thermostat has been broken. If the engine is shot I will make a decision call at that time to either swap in some sort of a 4G6 motor or see if i can find a good 2.4l mopar and build one of those up.

Good luck with the build. Both swaps will be hard. Only a few people on here have ever swapped the SRT-4 motor into a N/T too. Subscribed out of interest.
-Josh || 1997 GSX & hunting for 10's

If u are wanting to do a srt swap i recomend finding a wreaked and buy the whole car.

No need to swap over the SRT4 motor, its a 2003+ block and is very hard to wire and mount correctly. What you can do is get a 2.4l motor from any 1995-2002 chrysler/dodge/plymouth and swap srt4 internals into the block. That swap isn't hard and you can use the Eclipse head on it.

Or...You can go the DSM Graveyard - Your #1 Source for DSM Parts! and get the stock reconditioned rods with Sealed Power pistons and Hastings rings for $350. They have customers with 300-350 on that combo and it is something that the Neon guys have been running for years. That will be the cheapest, easiest option. It is always best (no matter what) to slightly bore the block (to keep factory clearences all the way down the bore) and have the head shaved and the block decked to true everything back up and prevent HG failures. The 2.4l cloud car swap is still somewhat difficult (but not that expensive). The 2.0 is the way to go.
32v MONSTER
You must log in or register to reply here.