The 1999 Mitsubishi Eclipse is my dream car. I've wanted one for 18 years, and in July 2019 my dream finally came true after I purchased my Saronno Red RS.

The car is in great shape, but 20 years under the Arizona sun took a bit of a toll on it. There was damage to the paint, some of the seals looked a little tired, and there were broken and missing pieces both inside and out. I've decided to restore the car and add some GS trim level upgrades to it along the way. This project will take a while because this is a hobby and not a priority. (This is not, and never will be my daily driver.)

Here is a timeline of 2019 events from initial purchase to winter storage.

July
8 - I contacted Ideal Cars and agreed to purchase a red 1999 Mitsubishi Eclipse RS that they had on their Mesa Arizona lot. The car had 96,615 miles on it, and 2 previous owners. I found the car on cargurus.com. 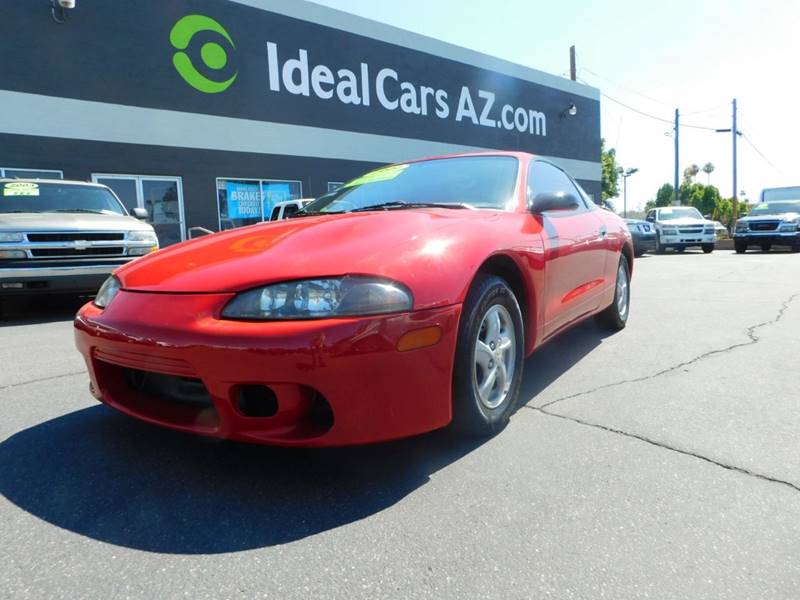 19 - My paperwork and payment arrived today making it official, I now own the car! 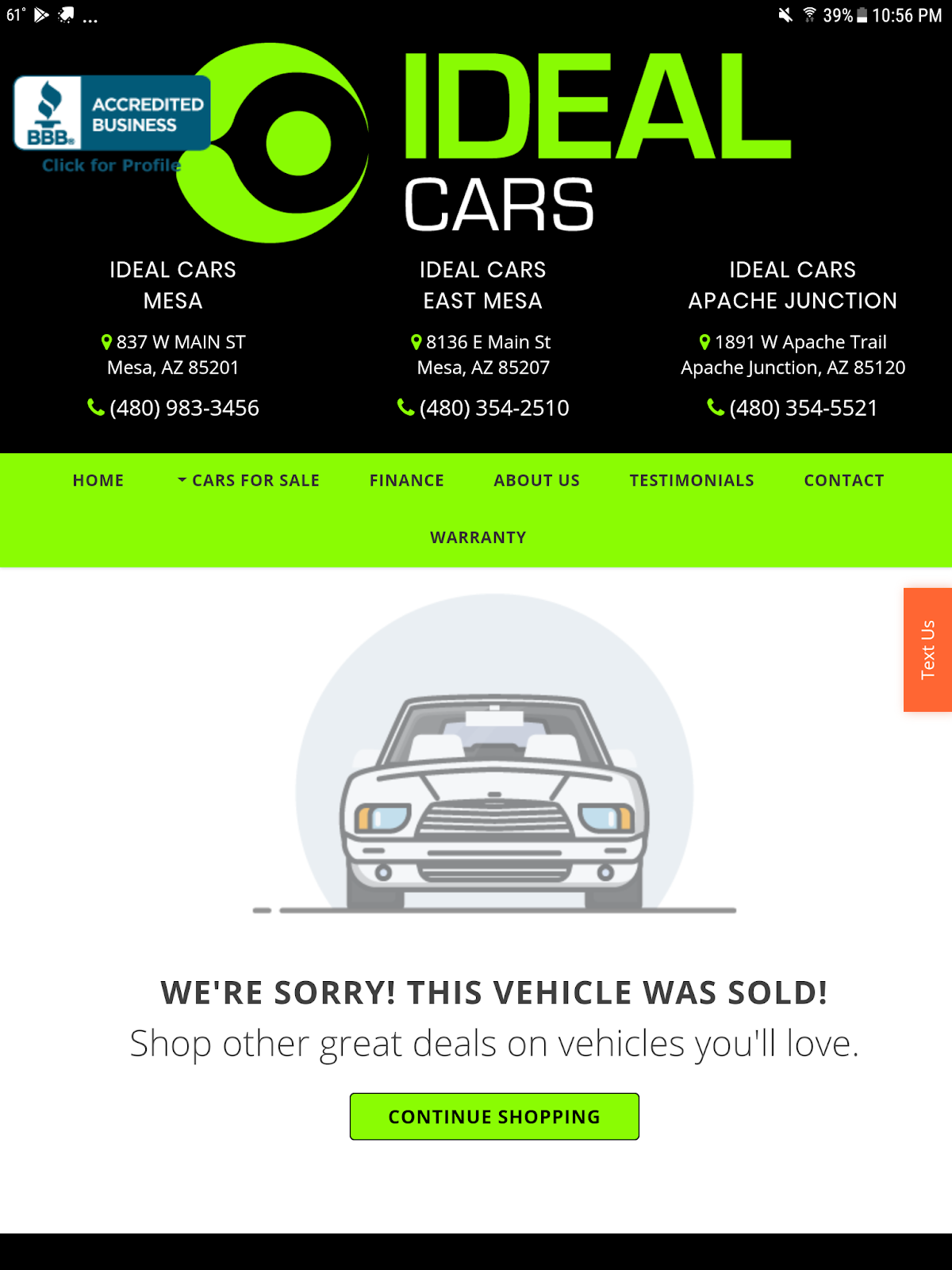 23 - My car was picked up from Ideal Cars by a car hauler that I hired through AJN Transport in Owosso, Michigan. It is roughly 2000 miles from the dealership to the delivery destination in Michigan. 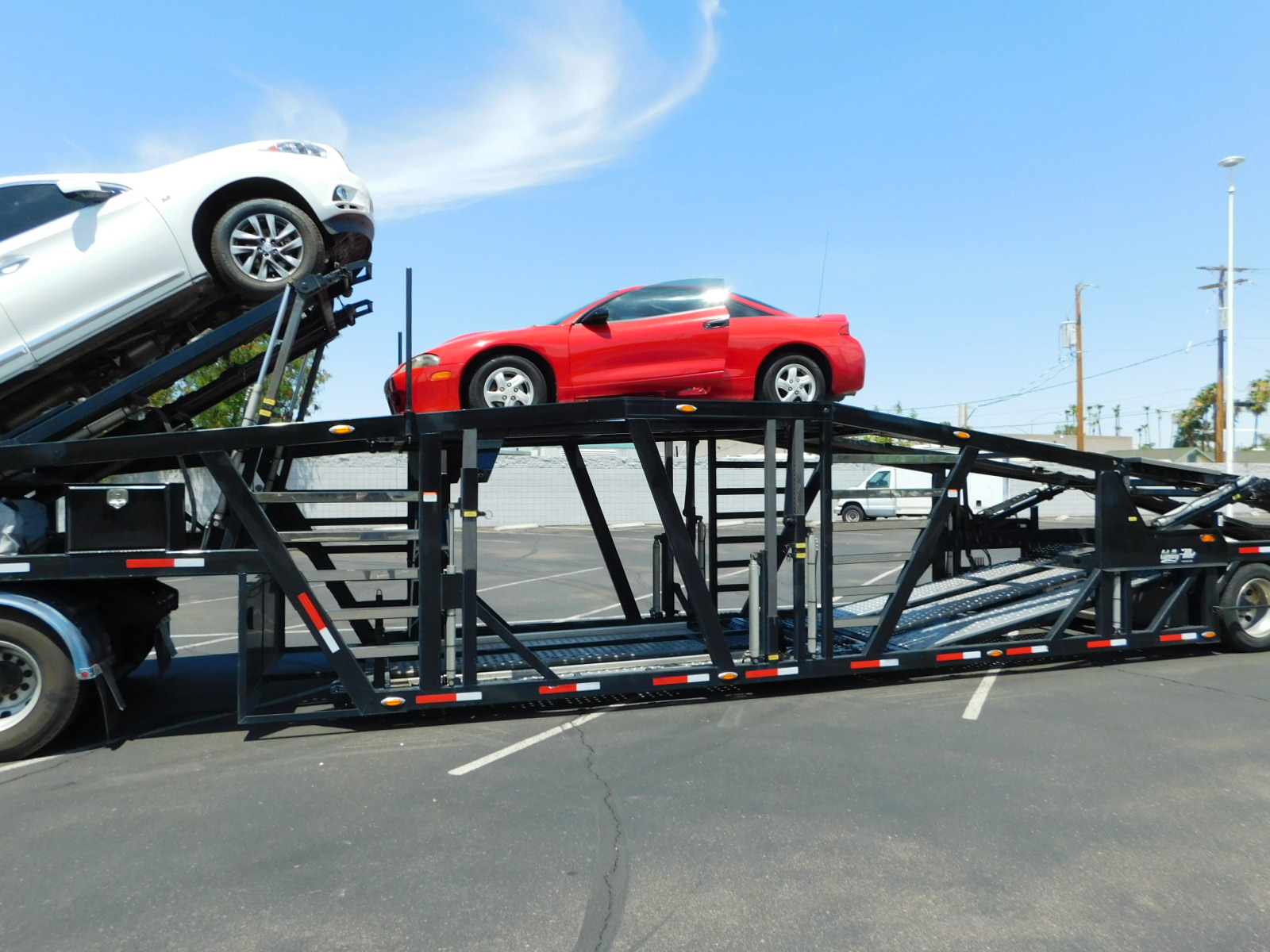 August
7 - The restoration has begun! I replaced the yellowed reverse light housings with some new old stock replacements, and swapped out my broken reflector garnish with a used one that was in great condition.

22 - Fixed a bad ground in the taillight. Replaced the broken antenna mount, and tested the radio for the first time.

24 - Washed and waxed the car for the first time.

28 - Finished detailing the car and applied a second coat of wax.

21 - Replaced the gas cap and installed non-foglight bezels & air inlet covers in the front bumper. The bumper is not original, so I intend to replace it with an OEM one at some point.

October
11 - I purchased an OEM front bumper from Cosineau Recycling in Antigo, WI! Cosineau was awesome to do business with, which was much appreciated because finding a 20+ year old original front bumper without damage, and from a source willing to ship, was one of my biggest challenges to date. 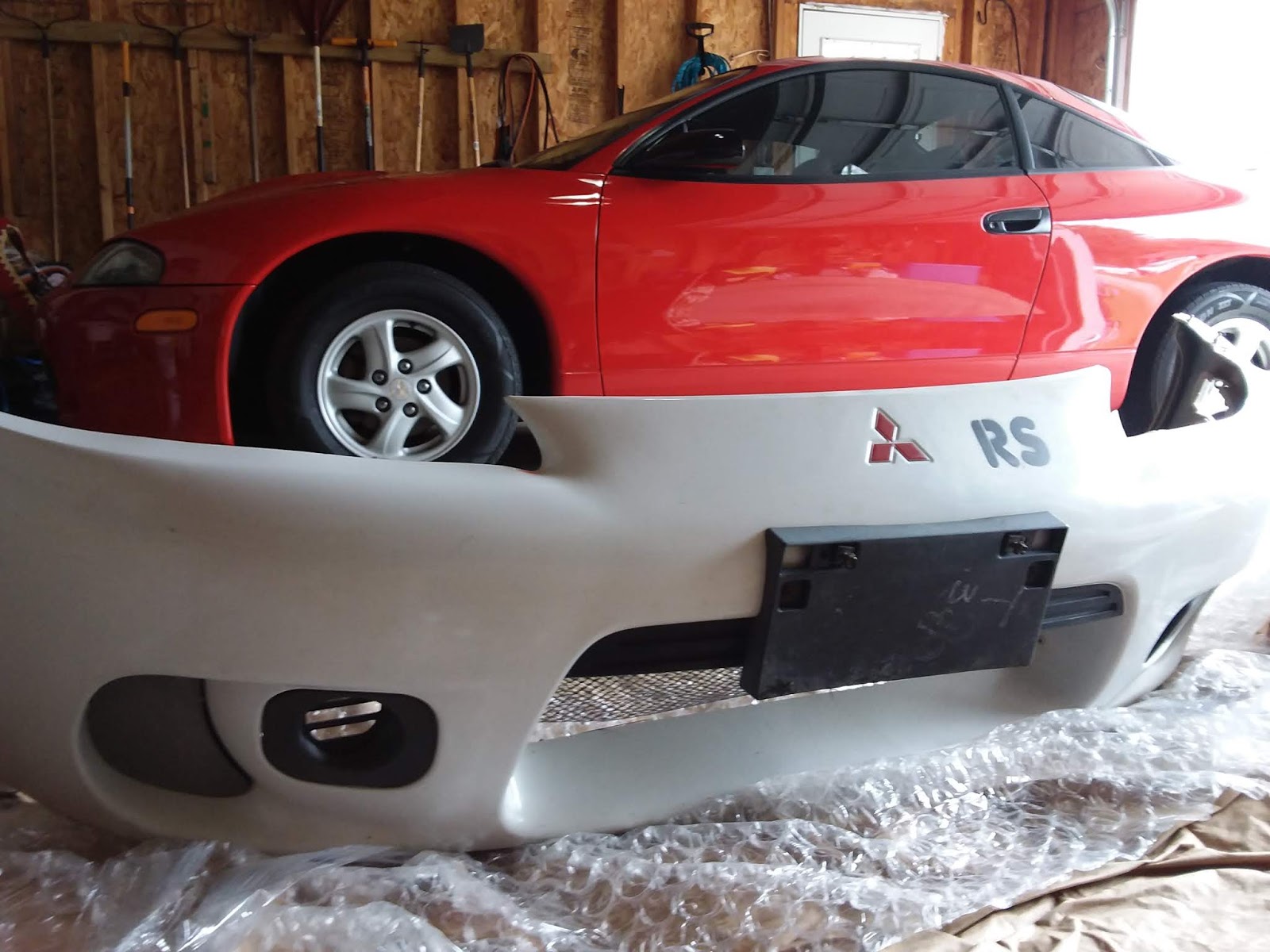 16 - The car went into the shop for a full inspection and a coolant flush before winter. It definately needs some work, but its not too shabby. I also had the old worn out wiper blades replaced and was able to test the wipers for the first time.

27 - Detailed the car one last time before putting it away for winter. 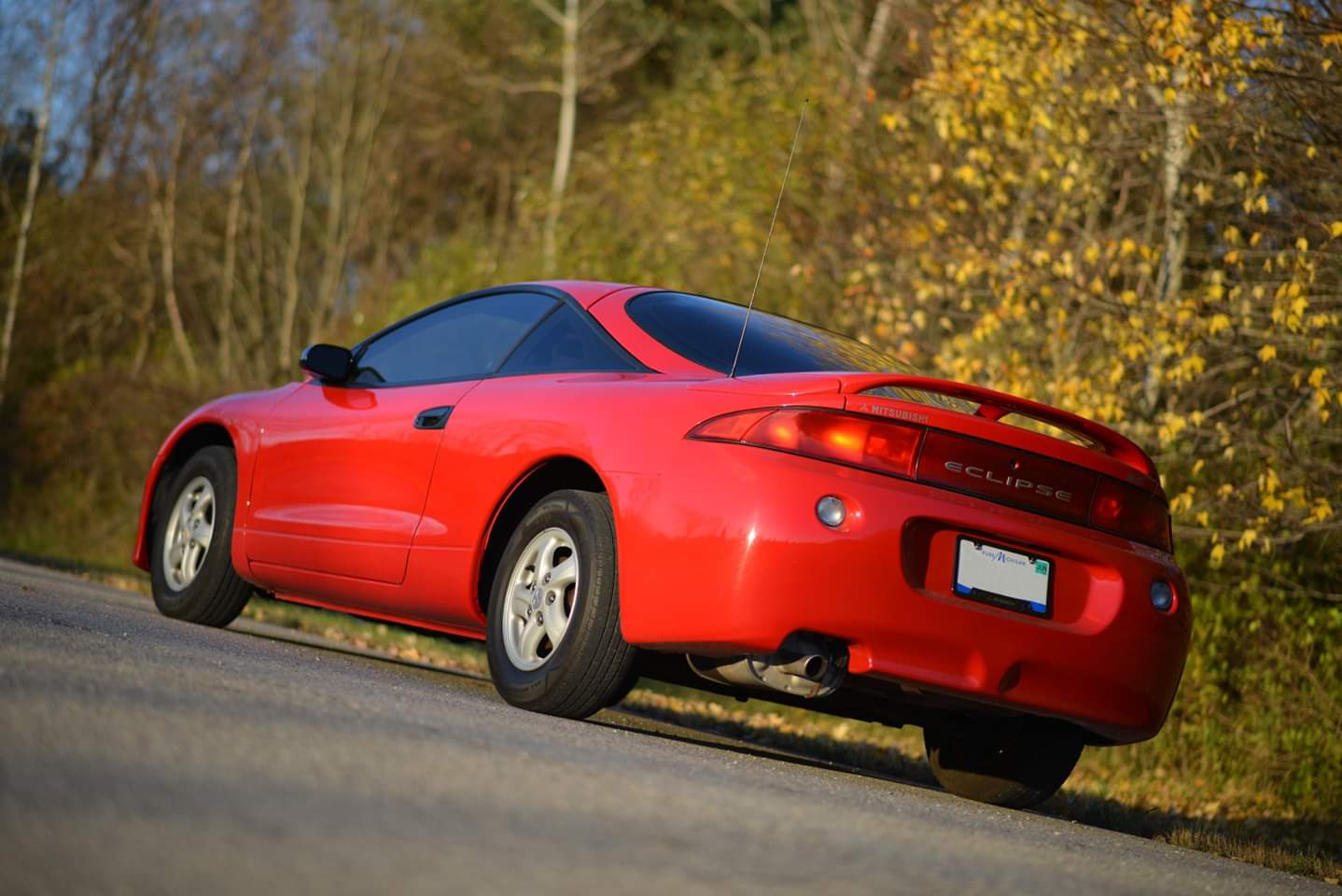 I spent the winter collecting parts, and I am thrilled to say that I was able to find just about everything I need for my build. I was even able to track down an OEM set of hatch decals, and I'm pretty stoked about it. It will be a while before I get everything installed yet, but I'm pretty optimistic that it will all come together now. 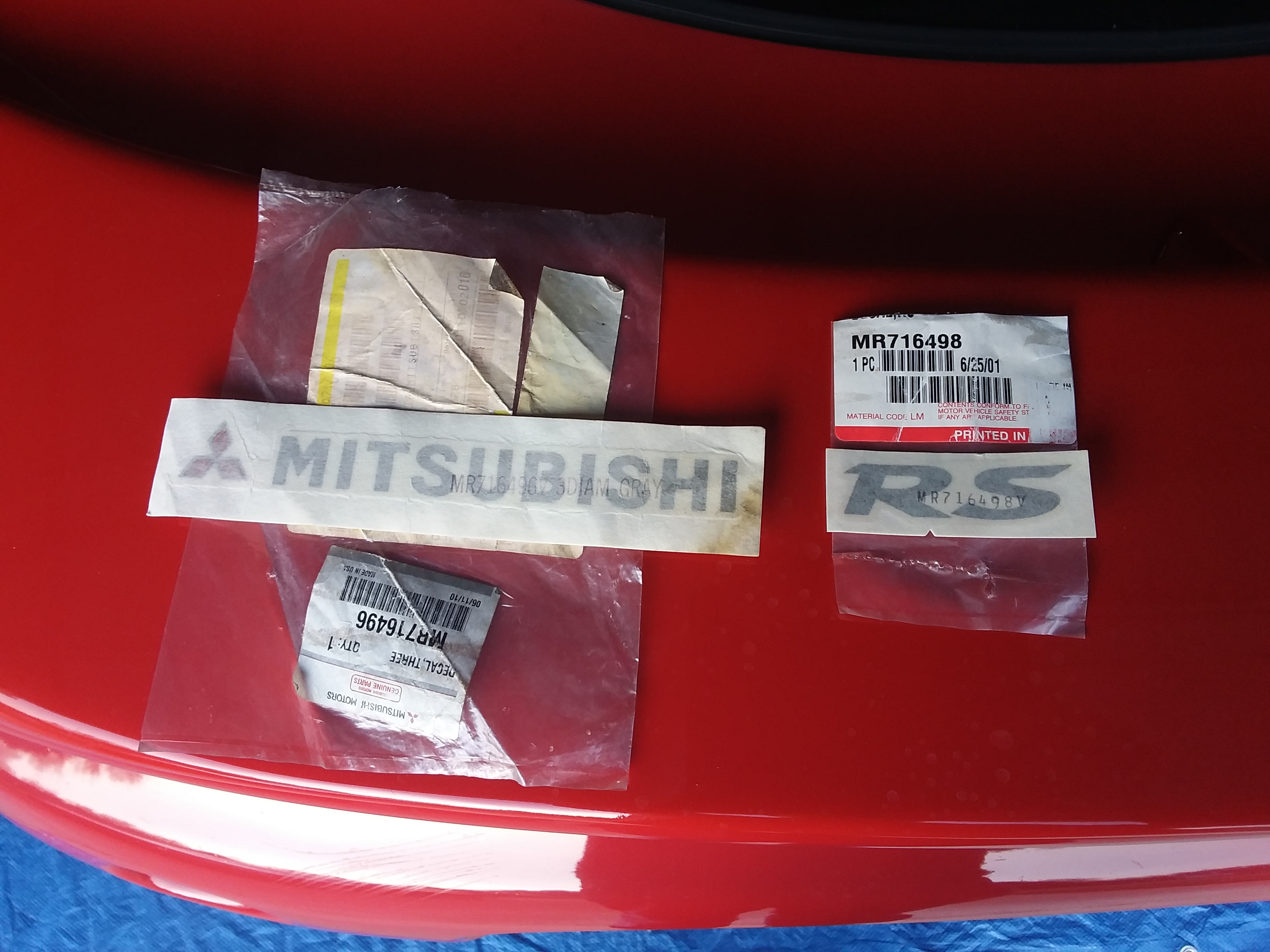 May 7th, 2020 - today was the first time I've driven the car since November 1, 2019. I went to the gas station and filled the tank, which was almost empty after six months of occasional idling in my driveway.

I love this car. It is a joy to drive, though it is slow.

The car spent the last 2 days in the shop. Replaced the valve cover seals, the mismatched hood liner clips, and the windshield washer t-connector which fixed the sagging hoses. 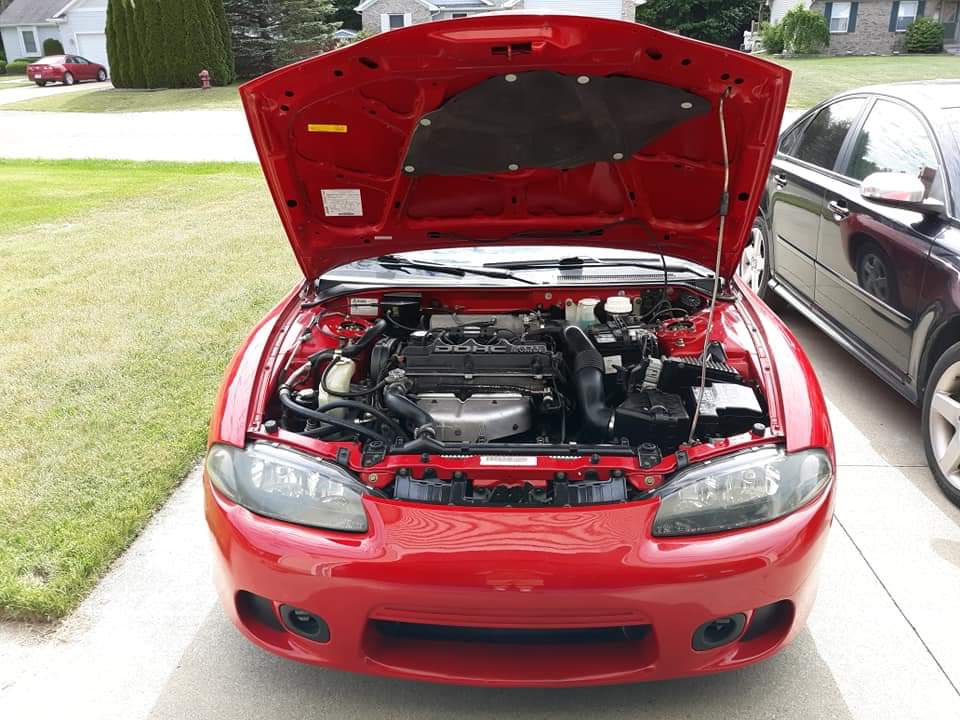 I also replaced the fuse box cover so I can identify all of the fuses now, added the caps to the trunk spoiler nuts, and swapped out my old floor mats for some new old stock replacements from Extreme PSI. The car still needs a lot of work, but progress is inching forward and it feels pretty good. 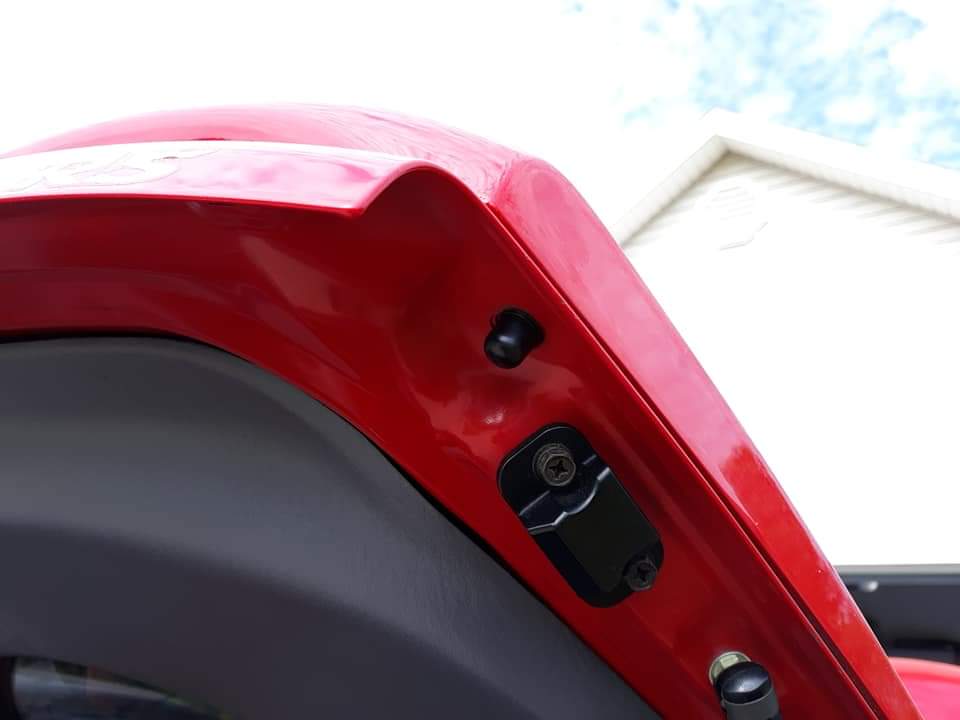 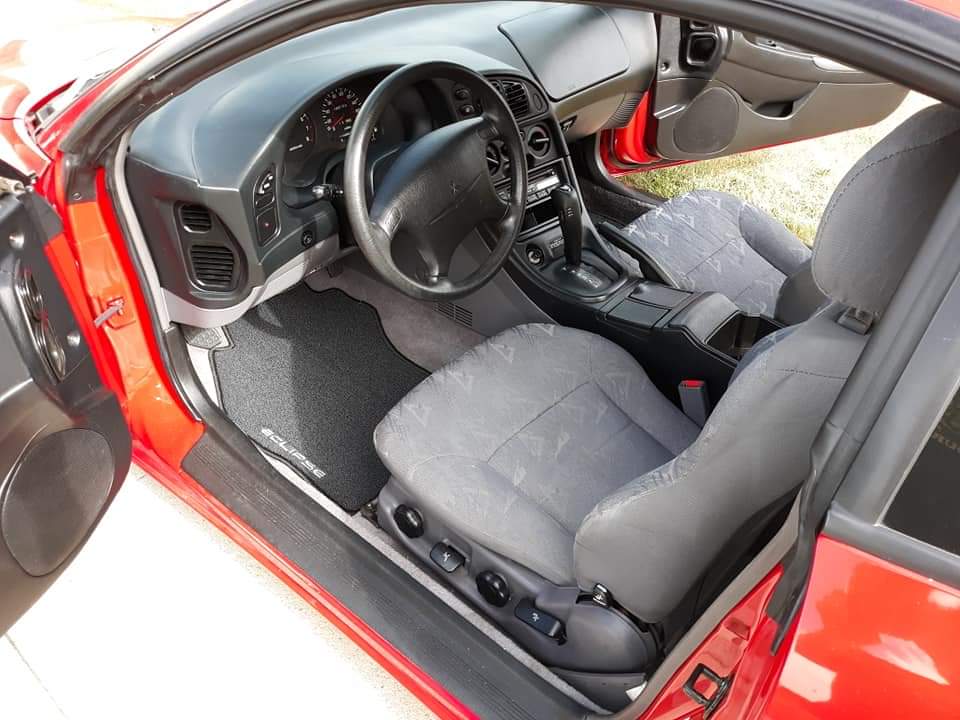 Added my first piece of GS trim today: the center console armrest that I bought in the classifieds section last year.

I am so glad to have a place to rest my arm now! 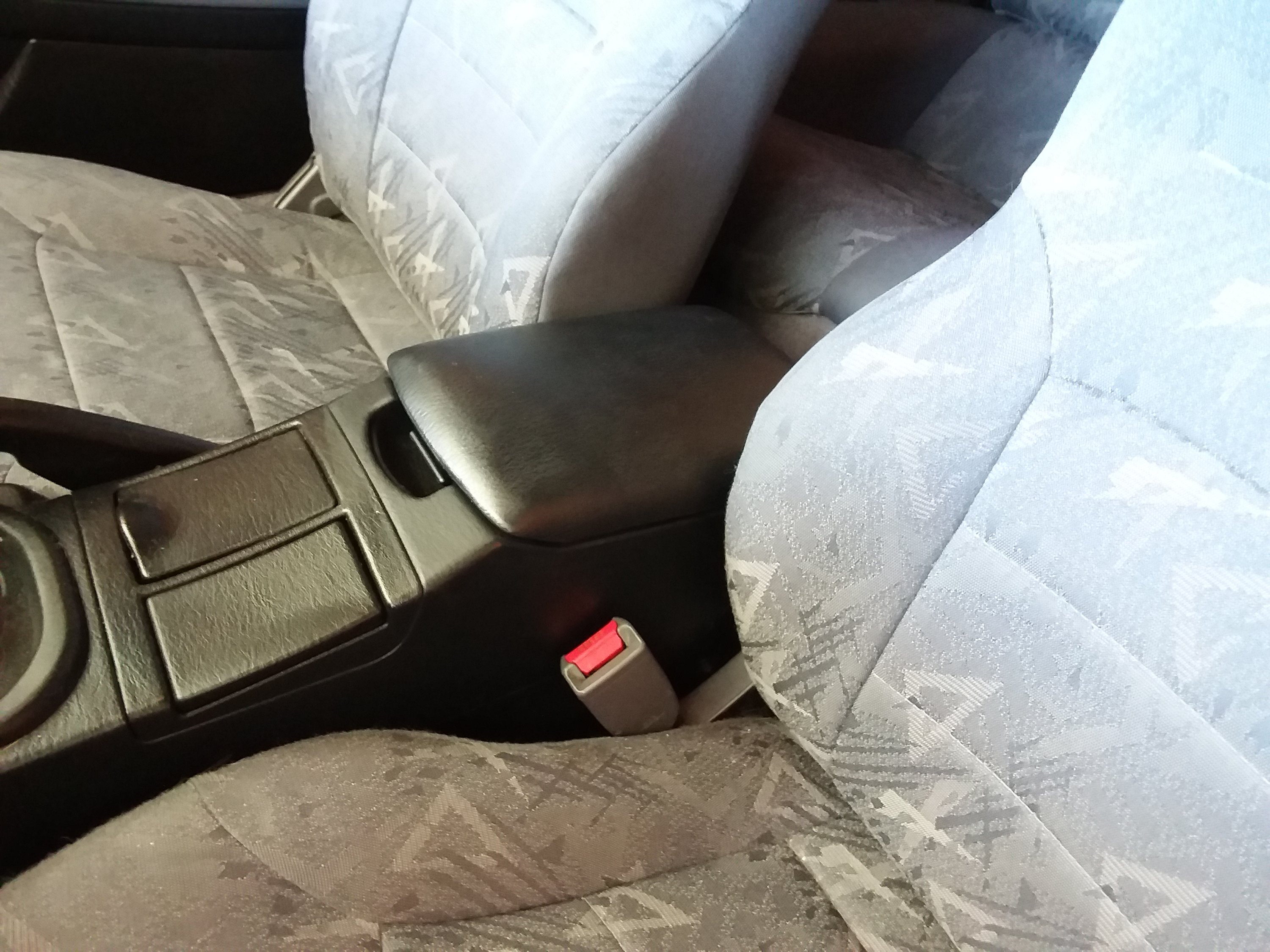 I didnt need to replace the whole console, just the insert. Here's a photo showing the RS insert on the left, cup holder insert in the middle, and the GS arm rest parts on the right. 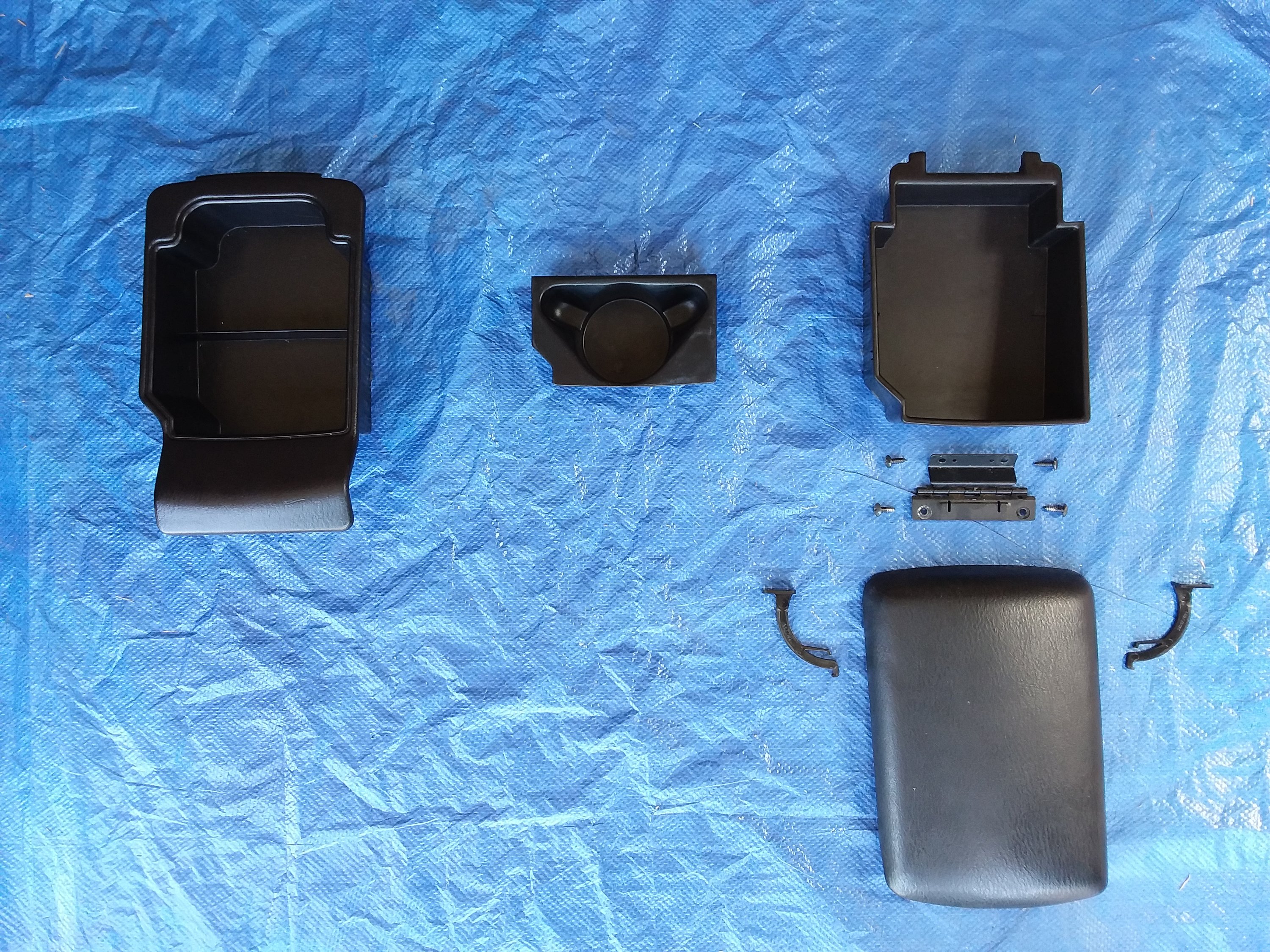 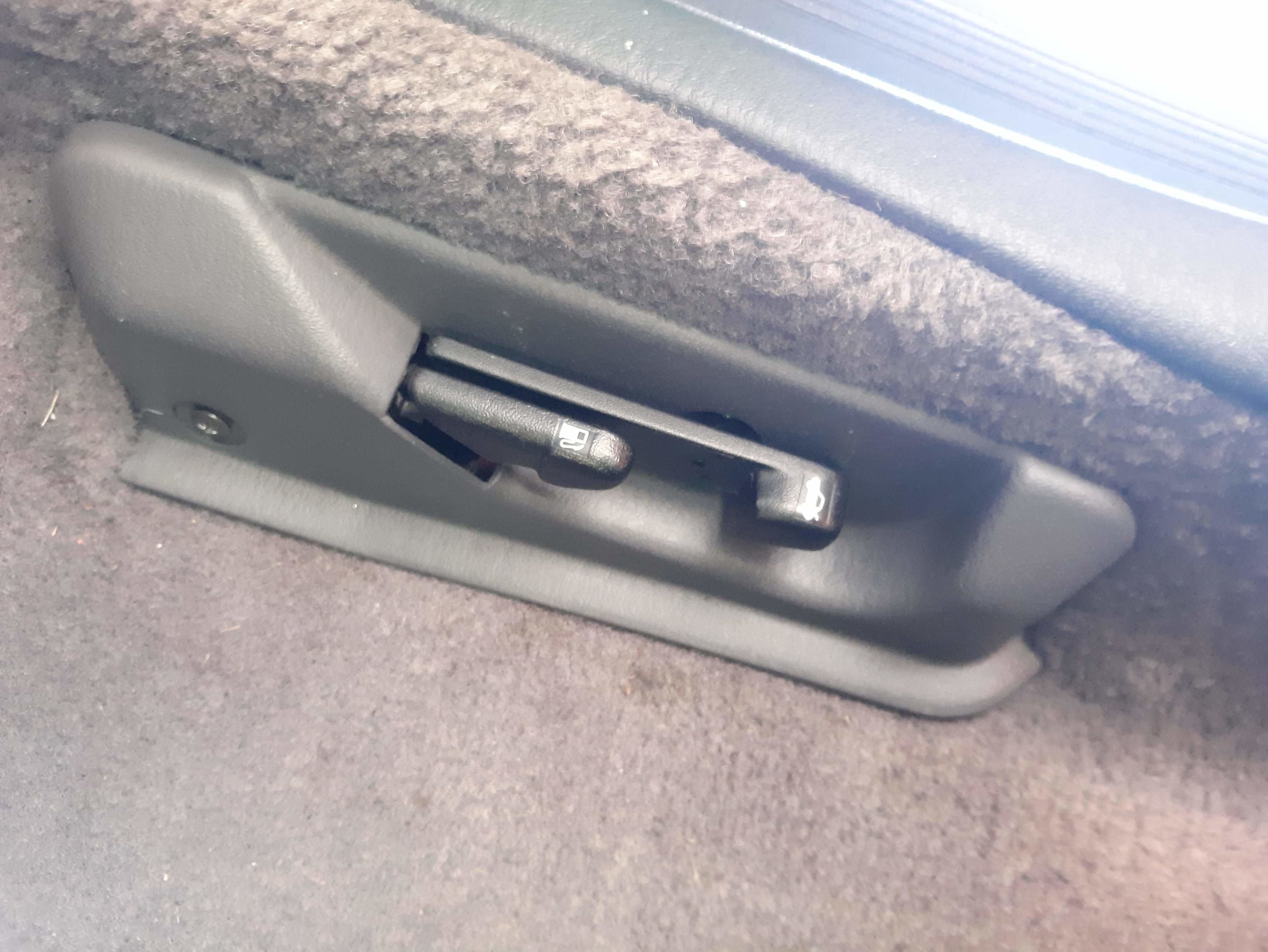 Here is a visual guide for the fuel door handle and related components including part numbers.

The little details are my favorite. They really help to tie it all together.

Made some more progress on the small stuff. I recently found a new old stock gas cap and a missing door bumper. Today I added the missing pads for my license plate. I love these little improvements. 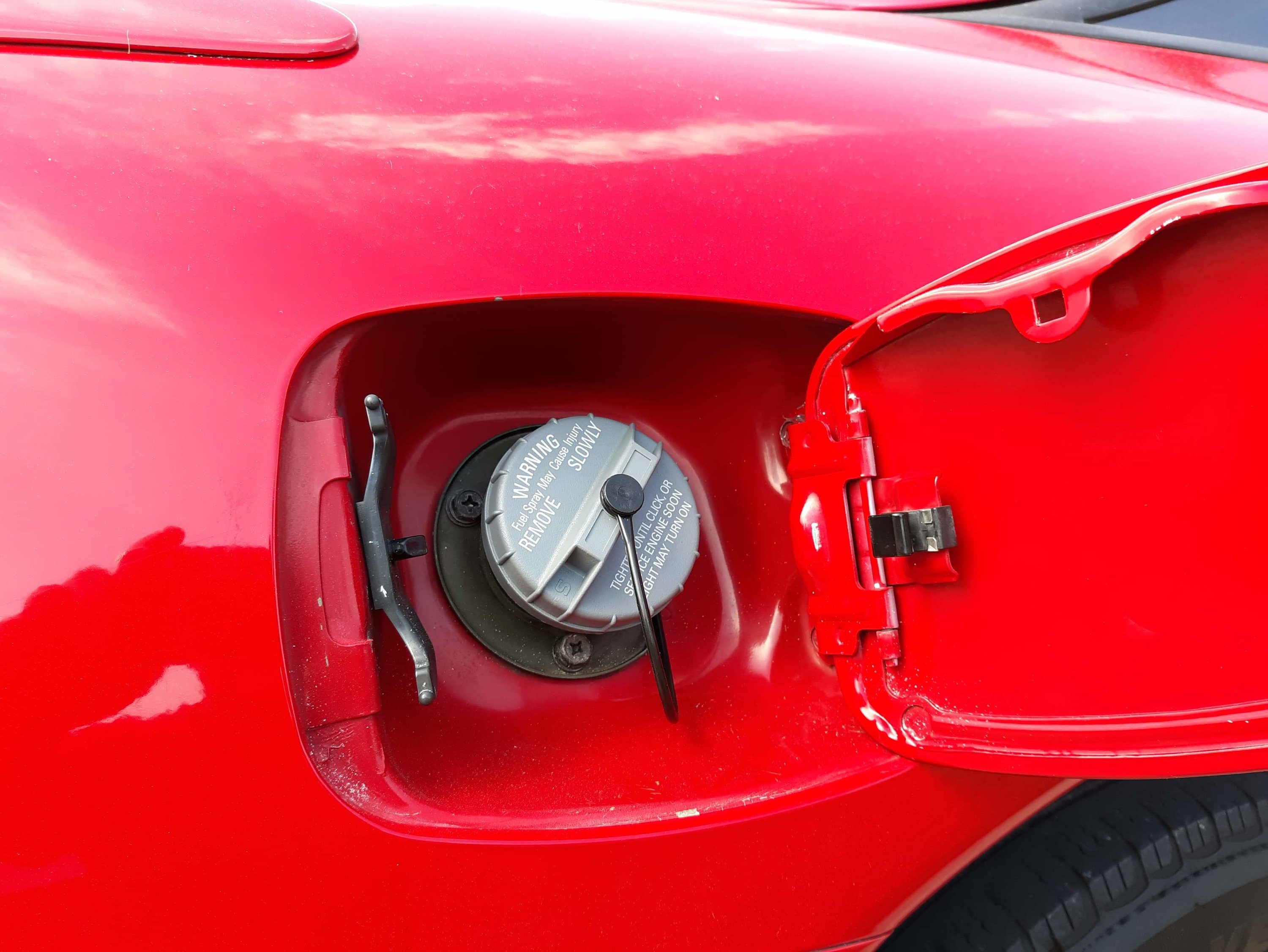 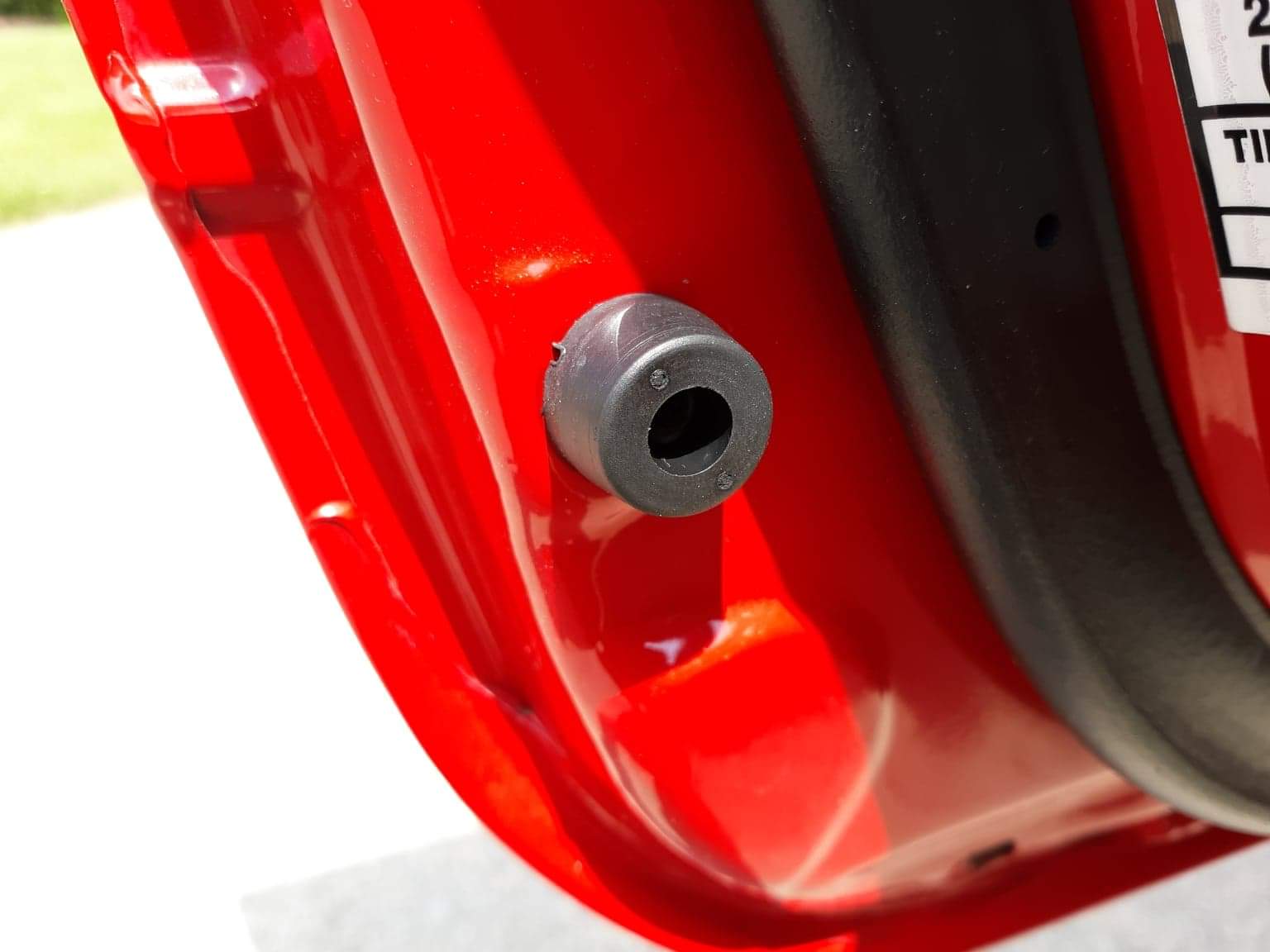 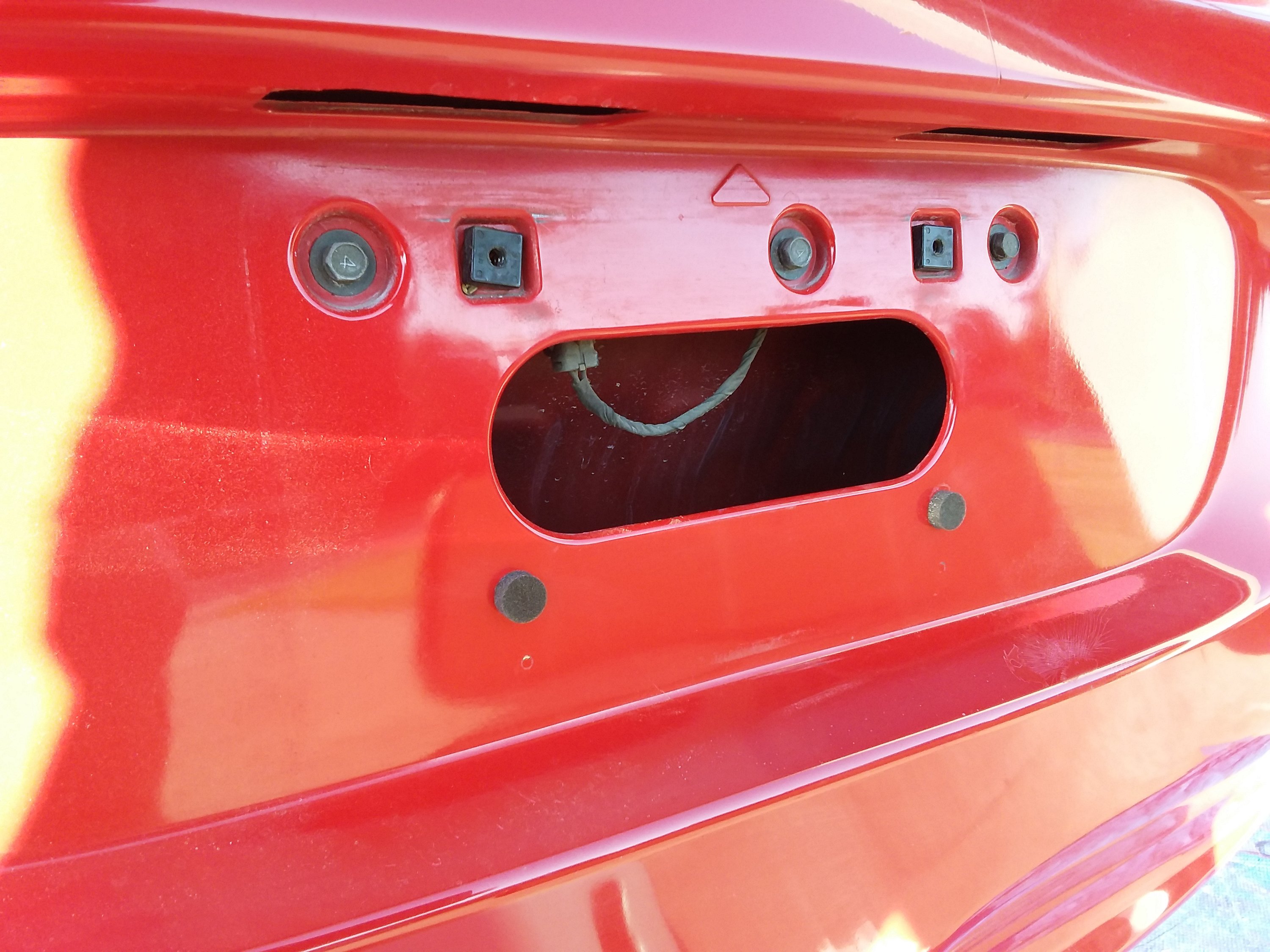 You gotta just love driving in a nice clean car. Is that little arrow at the top of the license plate opening telling you

Widgmaster said:
You gotta just love driving in a nice clean car. Is that little arrow at the top of the license plate opening telling you

Lol I'm not sure why that is there. Might be a guide for the license plate? 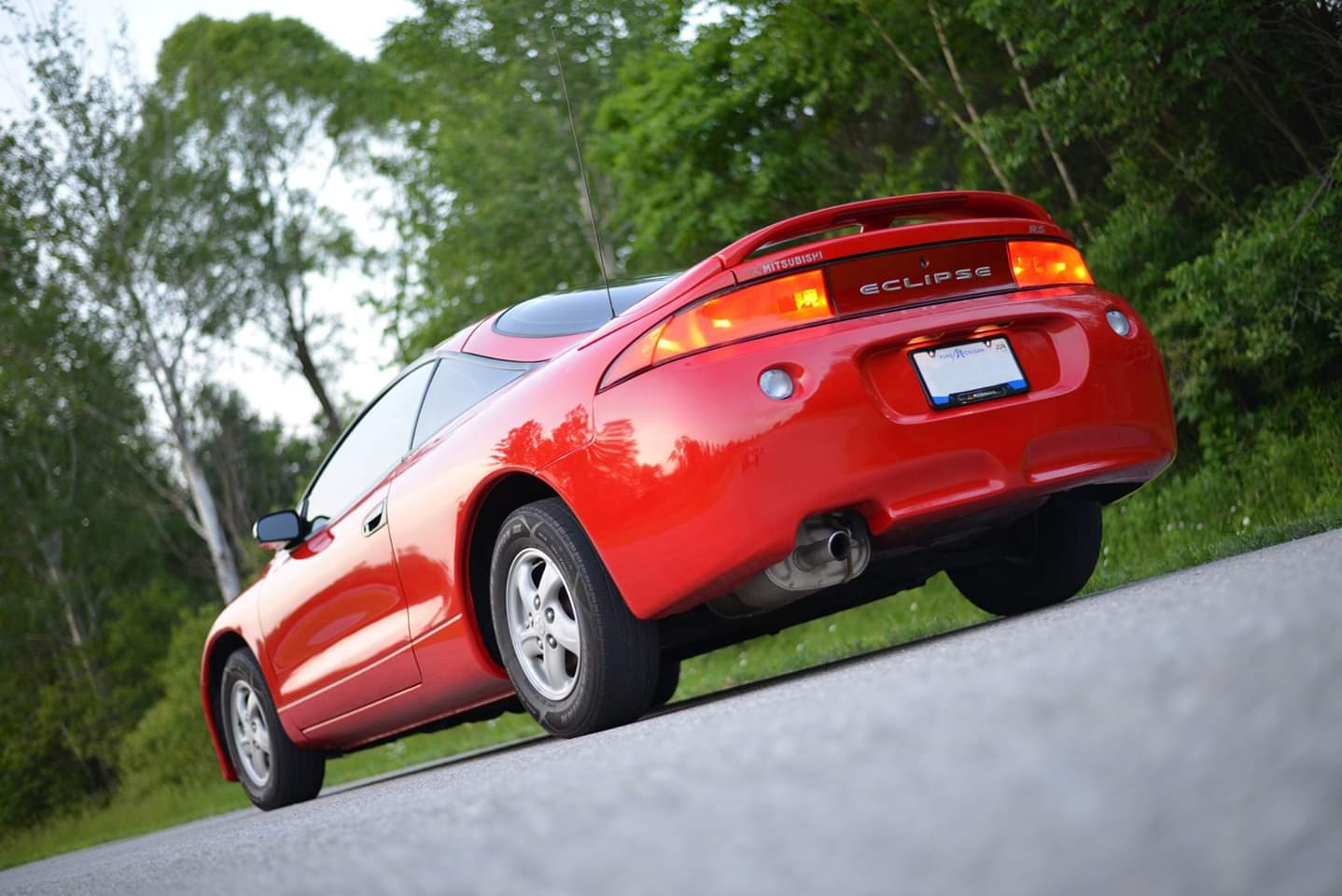 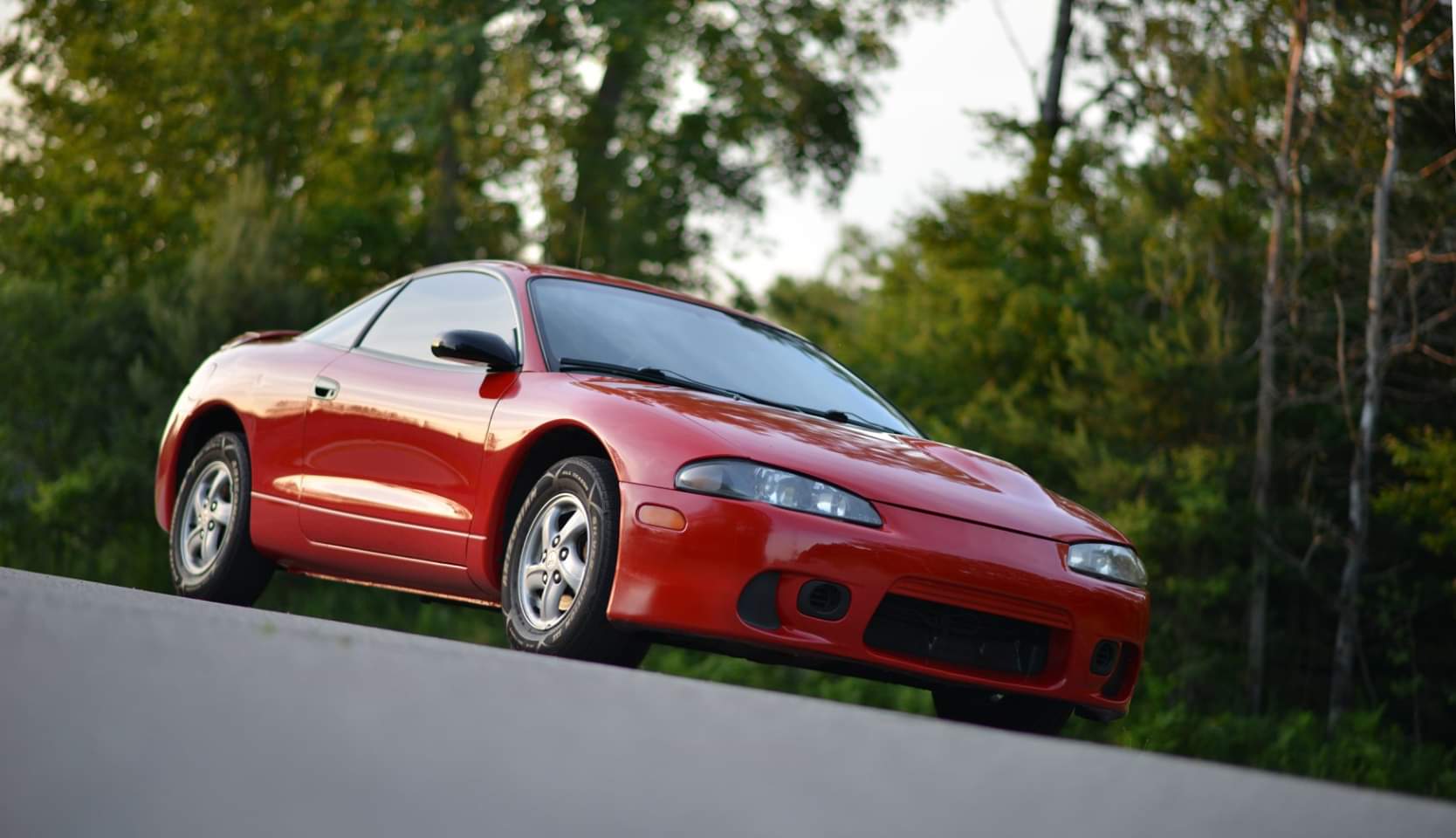 Replaced my door panel brackets yesterday. The mounting holes were enlarged and the screw wouldn't fit anymore (left). It's just one more little detail for my build, which has been a ton of fun so far. 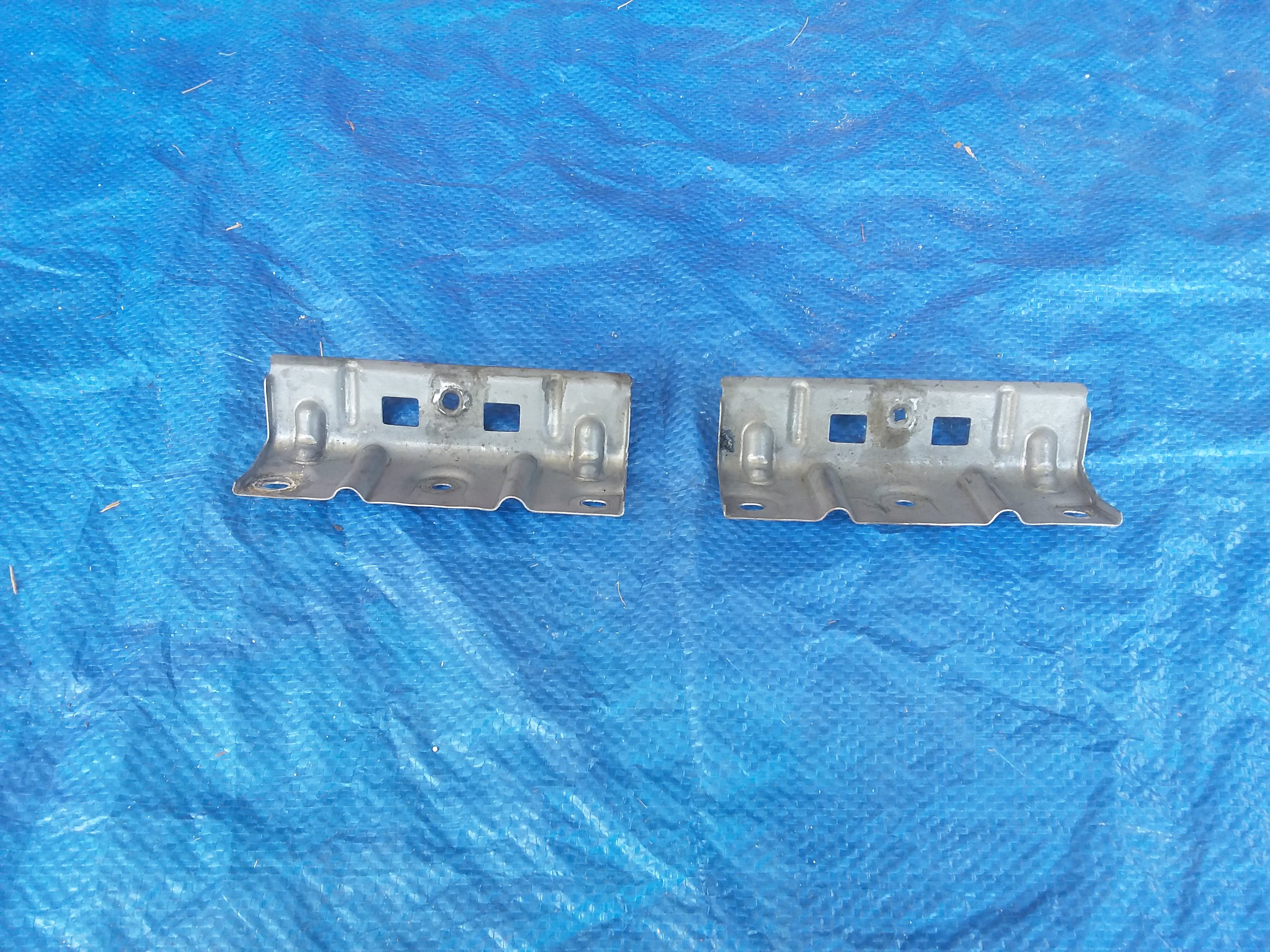 It was a nice evening too, so I took this picture: 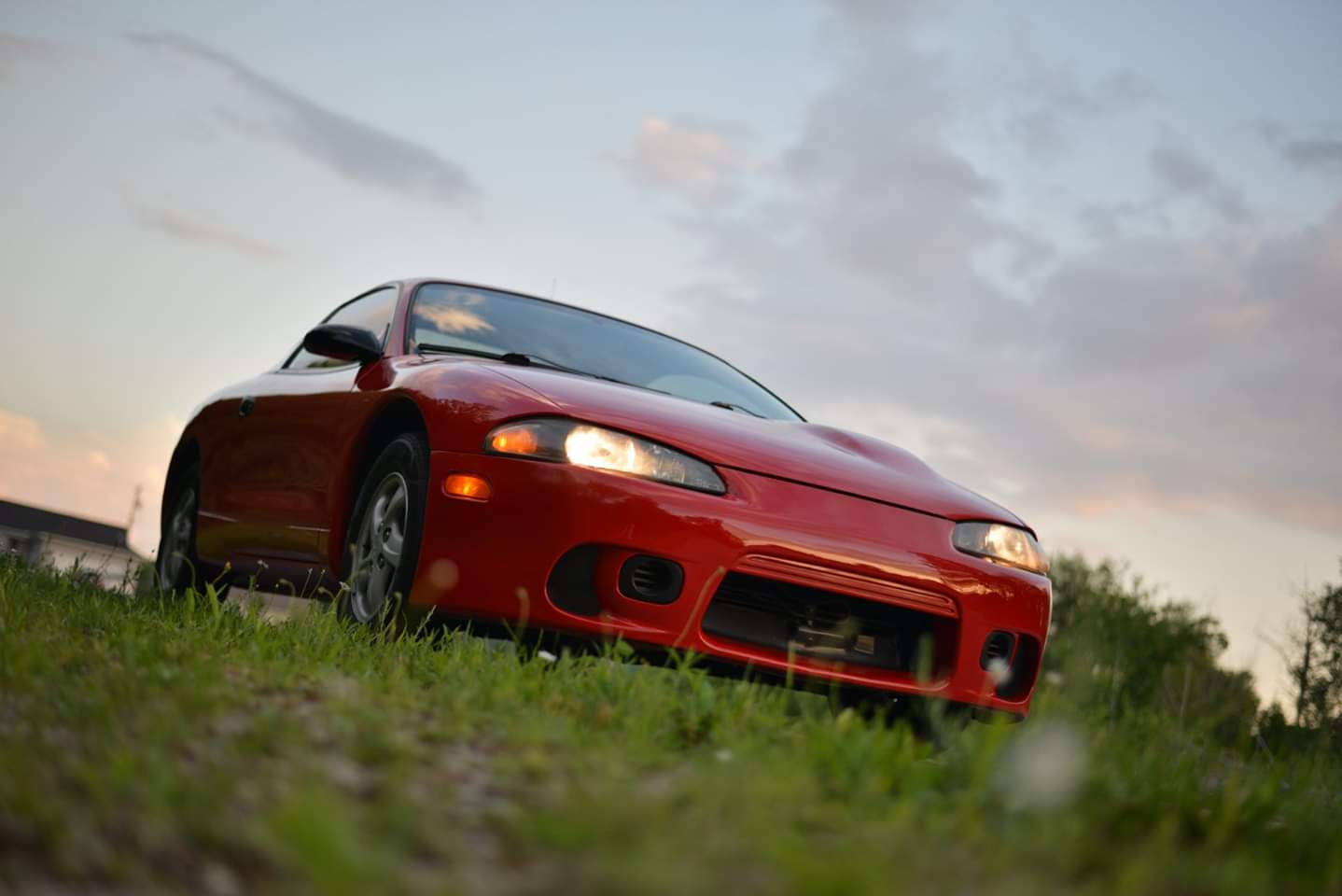 Helpful tip: If your car hasn't been driven much in a while, maybe don't leave the headlights on with the engine off.. My battery died.

I feel like the dim lights from my drained battery really made this shot though..

Oh well, it was a great night for a short walk.

I probably shouldn't be this excited- but I am.

Today is my birthday and my incredible wife gifted me an OEM battery cover! It was just one of many little bits that were missing when I bought the car nearly a year ago. This was a tough one to find, and it looks almost new! I am so stoked! 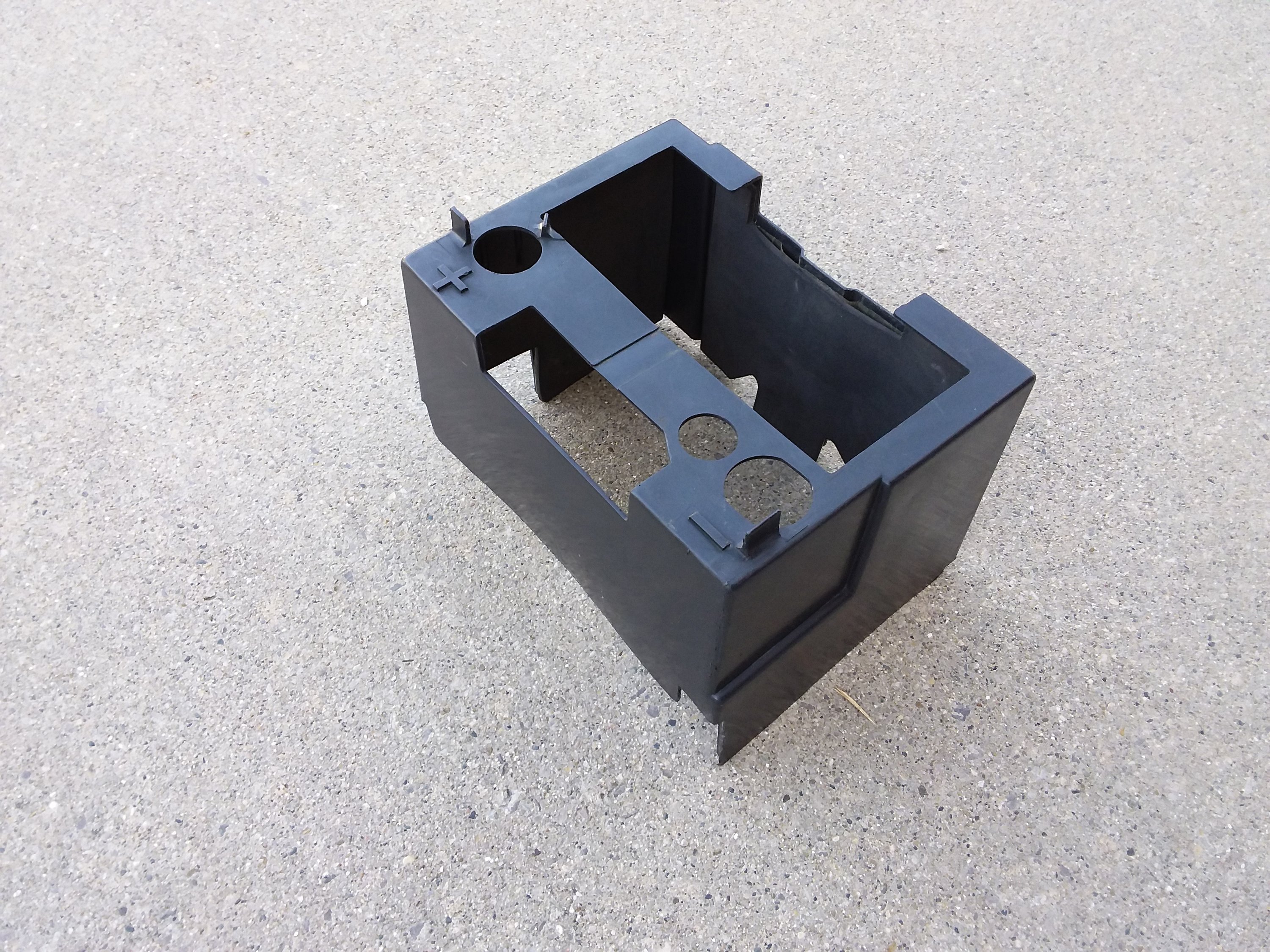 Today marks the one year anniversary from when I agreed to purchase my car. It took 18 years and over 2,000 miles but I finally have my dream car.

I celebrated by shining it up. 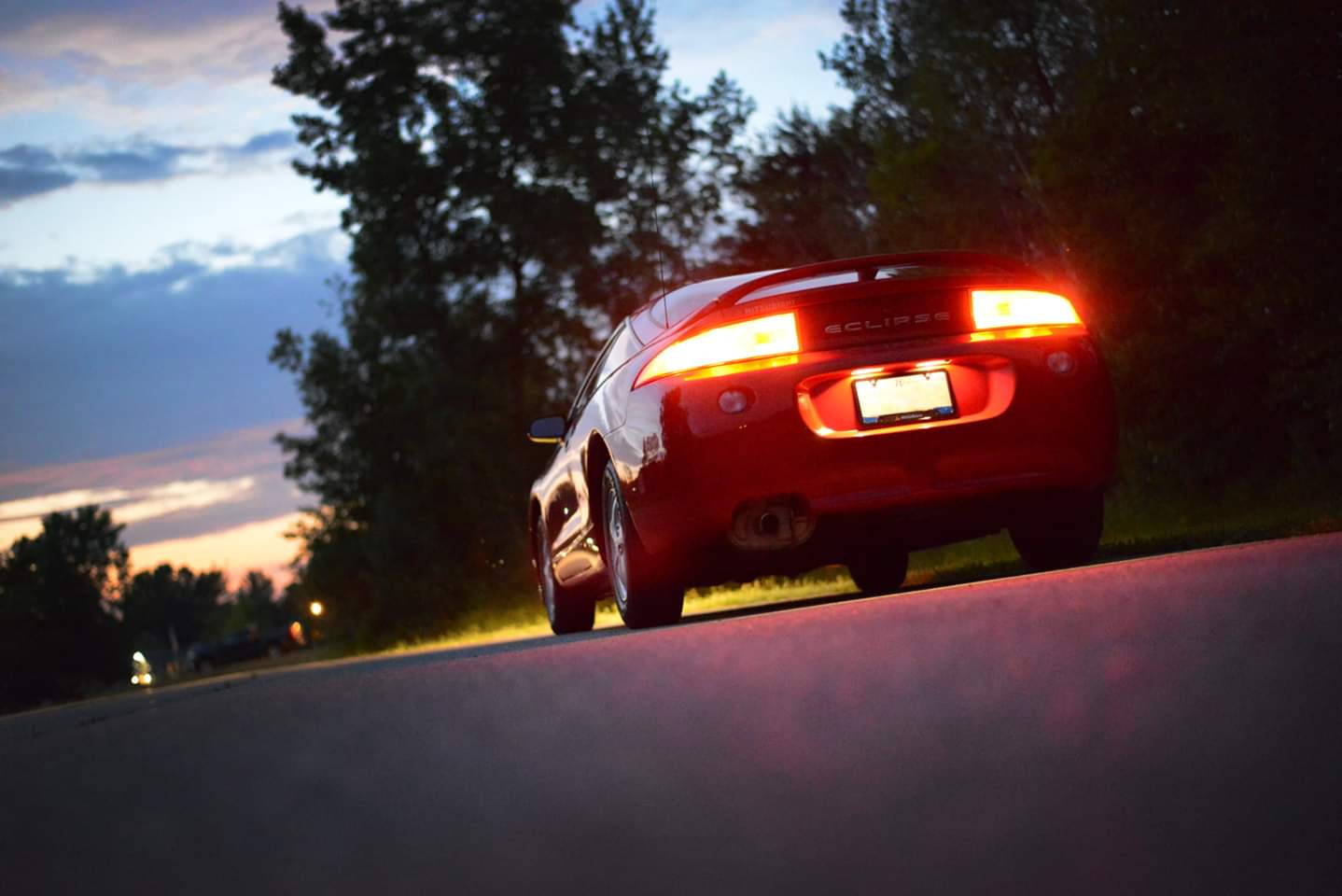 I took possession of my Eclipse one year ago today. I added 130 miles to the odometer over the last year. The car now has 96,745 miles on it. 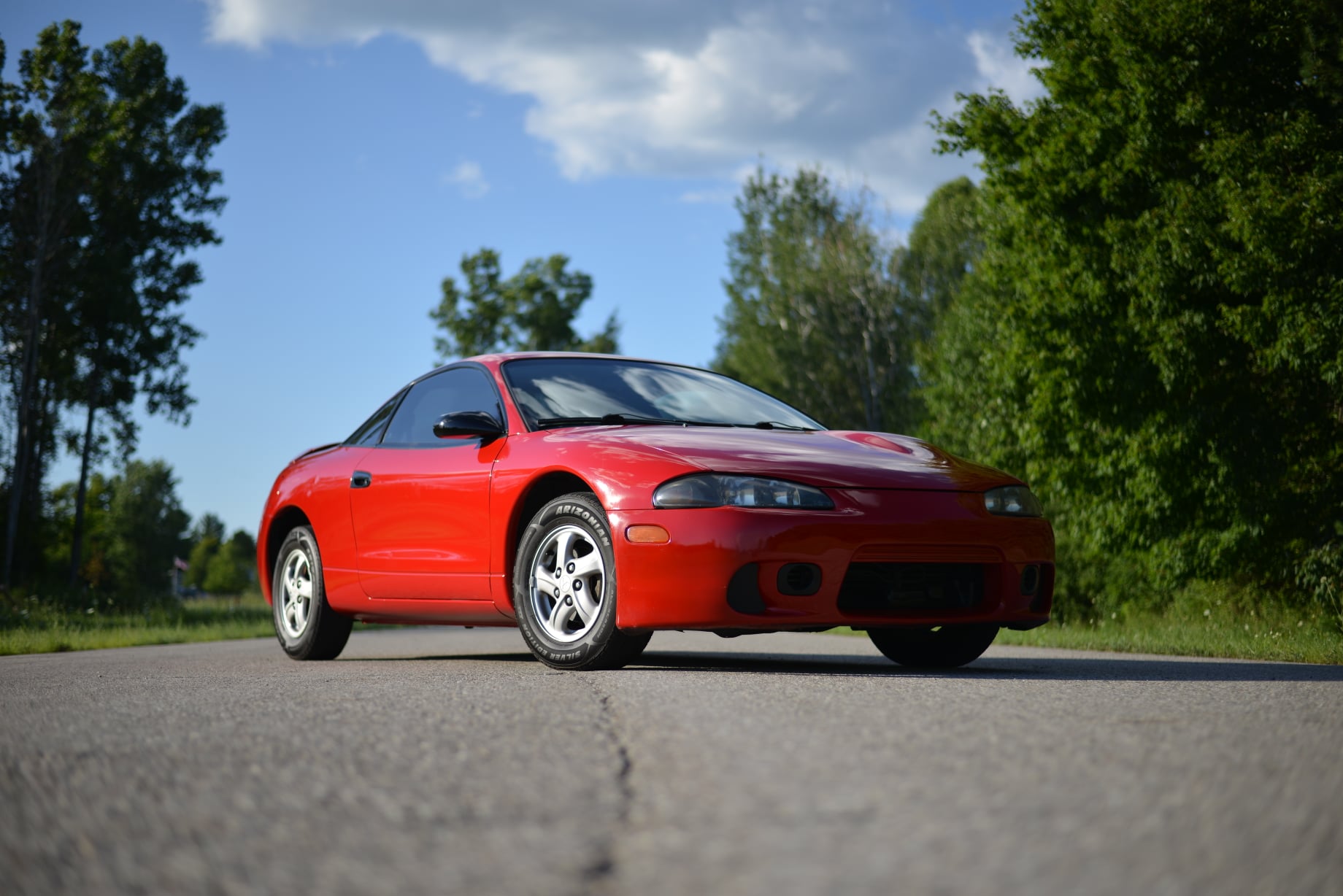 Replaced my lower rubber trunk dampers. They were pretty beat down. 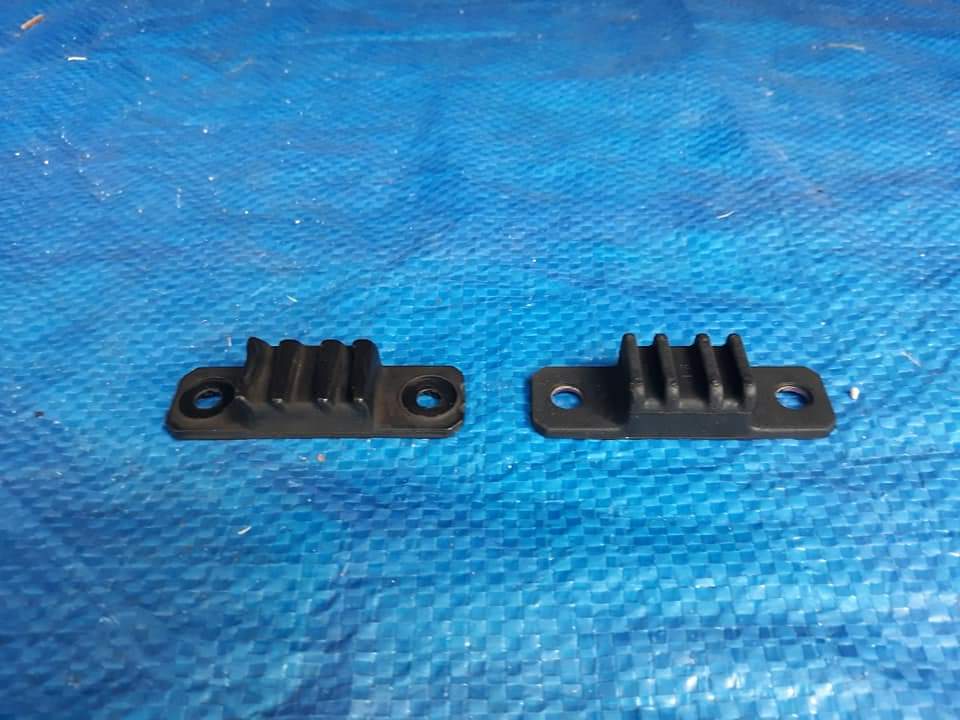 Just another small improvement, but all these little details are starting to add up. 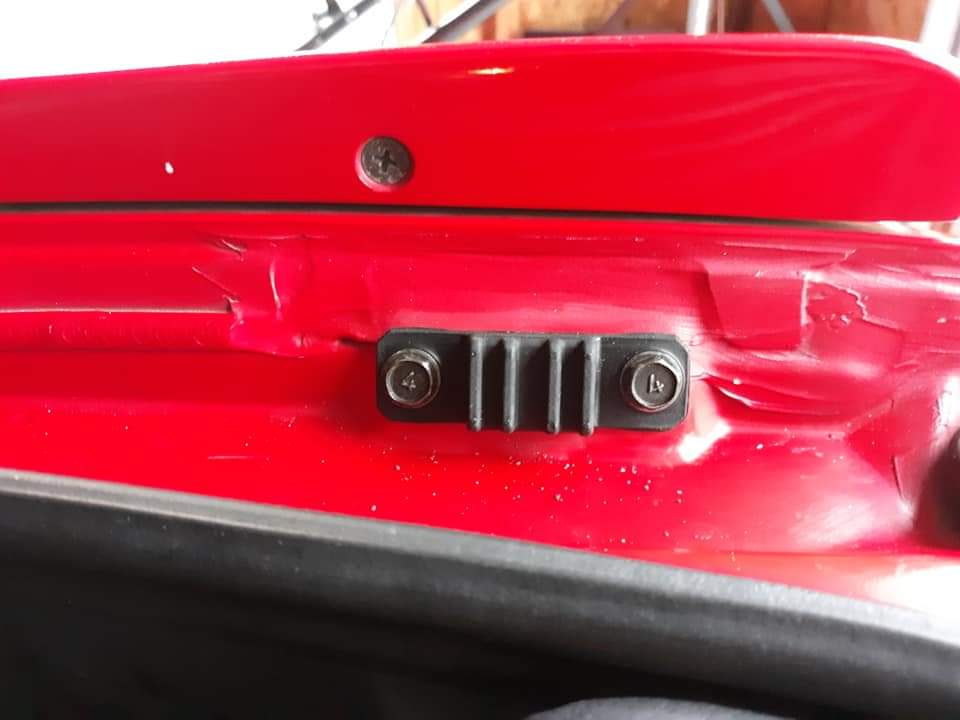 Had both front axles, and the driver side outer tie-rod end replaced today. It's just the tip of the deferred maintenance iceberg, but its a start.

It's nice to catch up on your build! Very clean and smooth. It's nice to see someone actually saving one of these cars. If I could find a low miles DSM then I would definitely save it and restore it. But I have a more abused example, so I thought it would be best to make it low 'n fast

Stare at your DSM, and feel the euphoria.
- Solomon

BLACK'98DSM said:
It's nice to catch up on your build! Very clean and smooth. It's nice to see someone actually saving one of these cars. If I could find a low miles DSM then I would definitely save it and restore it. But I have a more abused example, so I thought it would be best to make it low 'n fast

It's good to see you back on the forum!

Your car is awesome man! This one needs a lot of work, but I love it. It's perfect for me. It has just enough miles and was abused enough that I don't feel guilty modifying it with some GS upgrades along the way.

It's been a fun project so far, and I'm really looking forward to driving it around on nice days... Someday..

Had the other outer tie-rod end replaced today (previous attempt had a defective part).

It needs an alignment, but I feel a lot better about driving it now. Bit by bit it's coming together.

It took a year, and a LOT of searching, but I think I found all of the components I need to add OEM foglights to my car.

Amazingly, everything is new old stock except for the pigtails and bezels, which are used. I'm pretty excited about this.

It will be a while before I get them installed though. I still have a lot of deferred maintenance to tackle first. I'm just glad I was able to track down all of the parts. 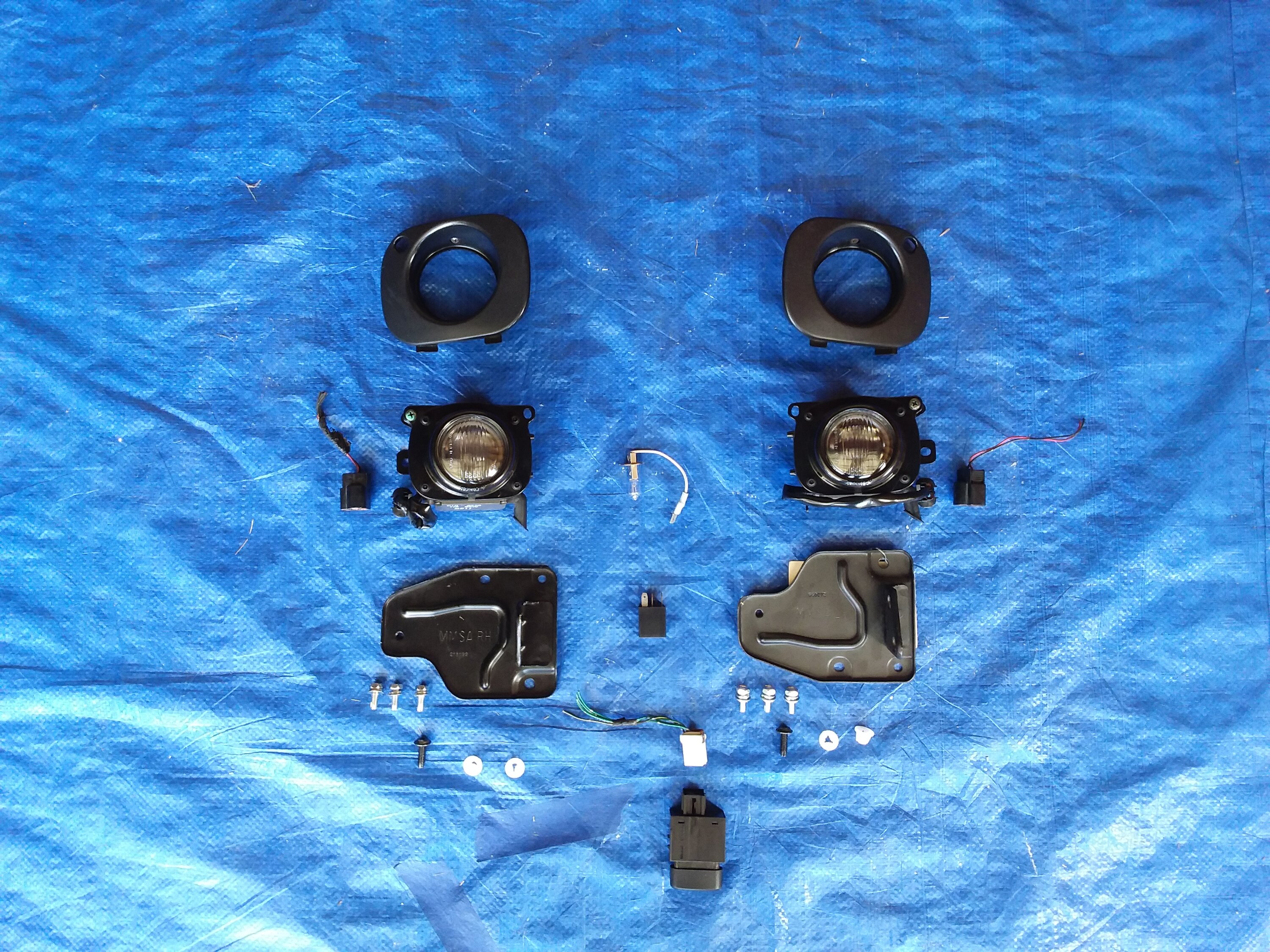 The cold weather has returned to Michigan, so the car is back in storage with 96,783 on the odometer. I added 100 miles to it this year. (I'm trying not to drive it much until I finish the deferred maintenance.)

Here's the interior at the end of 2020. It still needs some work, but I have all of the parts to replace the trim that I know is broken or damaged now, so I'm pretty excited about that. The biggest change here in 2020 was adding the GS arm rest to the center console. 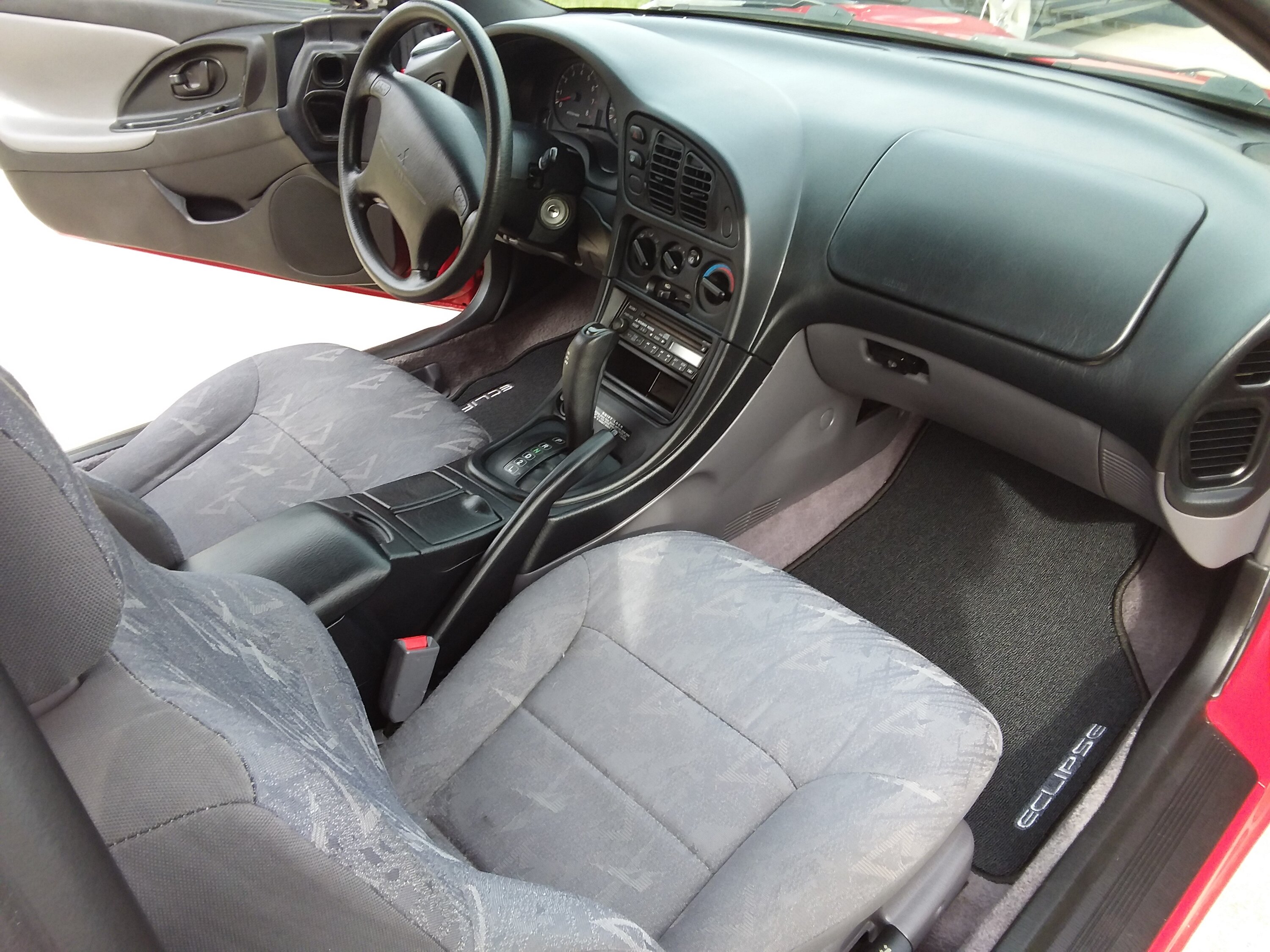 There was not much progress on the exterior this year. I have most of the parts I need for the GS conversion now, but I'm still trying to figure out how far I'd like to go with that. 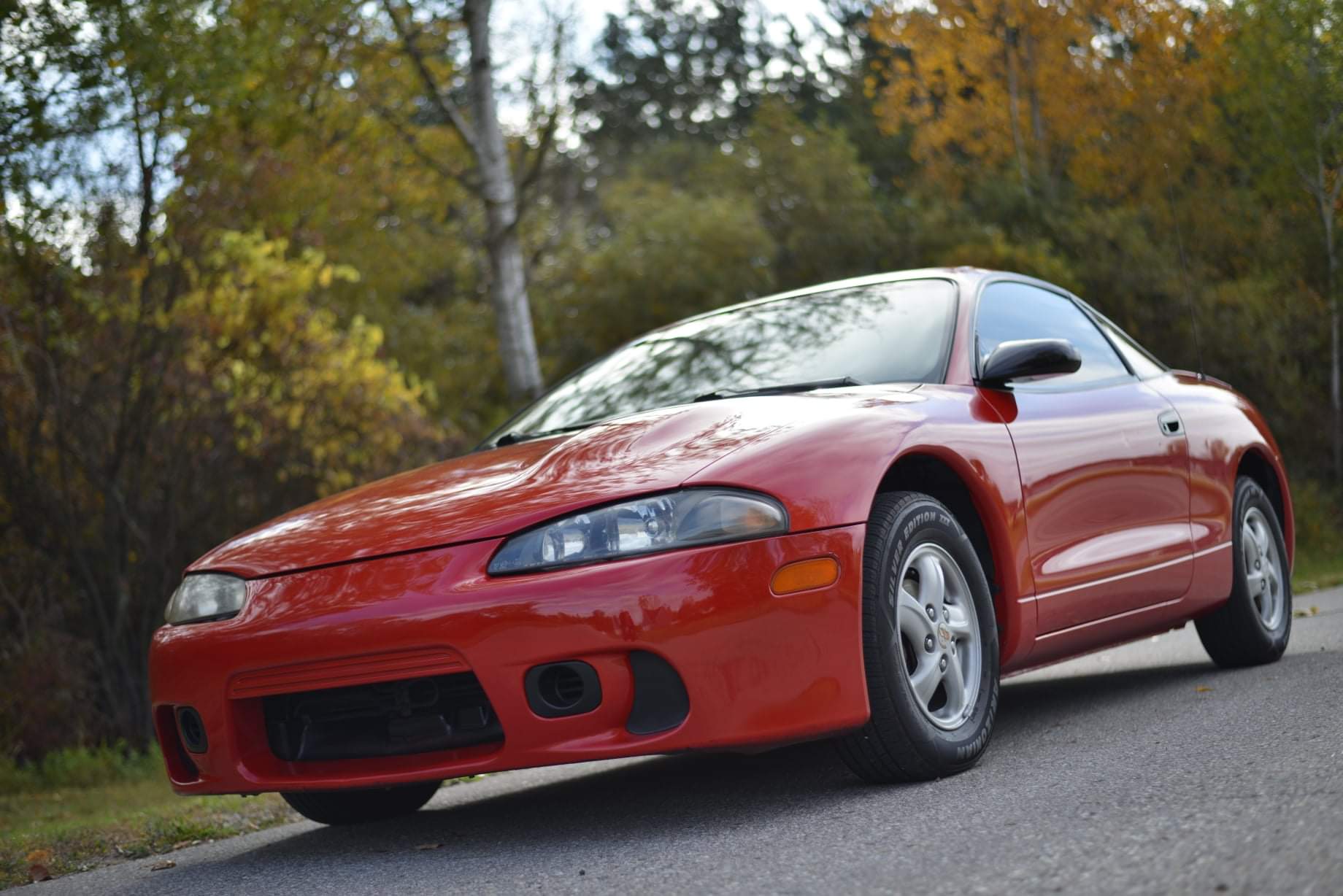 I can hardly wait to restore the front bumper I purchased a year ago, but I've prioritized buying my parts and completing the maintenance first. It's a slow build for sure, but the project is inching forward though, and I'm happy with it.

It will still be a couple of months before I take it out of storage, but I'm really hoping to make some progress on it mechanically this year. If nothing else, I'd like to fix the oil leak at the head, and replace the timing belt and all four motor mounts.

I have been buying parts to repair/restore and upgrade this car for well over a year now, and that scavenger hunt has been a lot of fun, but it has also been pretty challenging at times too. To try to make it easier for others, I started putting together some visual guides in the article section of this site. I hope it helps.

I have also done a lot of research to try to better understand the differences between an RS and GS, so I can decide how far I want to go with my conversion project, as well as to help cut through some of the misinformation out there. If anyone is curious to read it, here is a link: https://www.dsmtuners.com/threads/532056/

I was also curious to know the differences between the 420A powered Talons. The results of that research is here: https://www.dsmtuners.com/threads/532855/

Other than that, I'm just looking forward to the warmer weather so I can keep working on my dream car.

We have been having unseasonably warm weather in Michigan, so I took the car out of storage today (a few weeks earlier than I normally would).

I will be making an appointment at the mechanic soon to (hopefully) make a huge dent in the deferred maintenance.

I'm pretty excited about it.

Ordered a few more parts which are starting to arrive!

1999 Mitsubishi Eclipse N/T
Street Build
You must log in or register to reply here.