First two passes on the Holset HX35 Setup and E85. Definitely lots left on the table but I am super happy with how the car performed. The 1-2 shift has proven especially difficult for me over the years. Looking at the logs, the car spent roughly 2.5 seconds re-building boost between my slow shifts. Even with my lack of ability, the car exceeded my expectations.

96dsmftw said:
What kind of spool are you expecting from the HX35? I would figure it would get a little worse than the 20g. I guess the twin scroll helps.
Click to expand...

silvreclips said:
I was thinking the same thing. I imagine that turbo is still going to have some lag. Either way, build looks awesome. Keep up the good work.
Click to expand...

These comments were awhile back but I did put together a comparison of the two turbos in excel by parsing the dyno graphs. You can see how much more responsive the car is on the Holset. Especially with E85, but there is still a gain with an apples to apples pump gas comparison. Same tuner, same dyno, same motor/intake manifold/cams etc. Just a different exhaust manifold and turbo. Is this the go-to, super competitive Autox turbo setup? Absolutely not. But if you want a car you can use at an autocross event and be somewhat competitive and then freight train people on the highway on the way home, this is the setup for you. 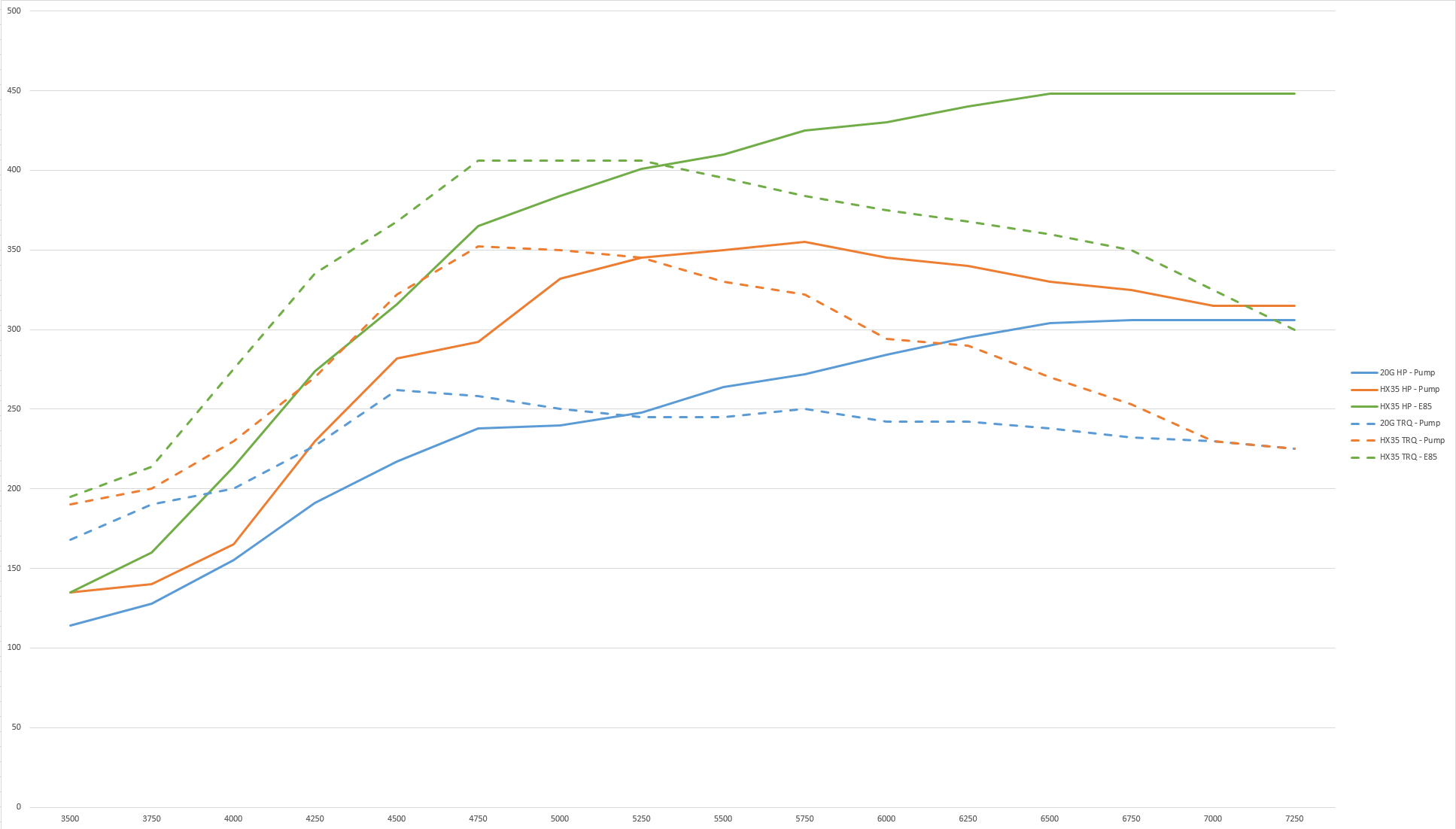 Thanks! I am definitely a bit hesitant with launching this car. I'm certainly not a drag racing pro haha. I do have NLTS setup and have used it 2-3-4 on the 20g but haven't used it yet on this setup. I am sure it will cut a good chunk of time off once I get comfortable with that again. It certainly helped on the old setup.
Kevin
'92 GSX
'96 TSi AWD

I hear yah. Those are the easy gears

. I try to slip it a little for the 1-2 shift. What helped me was driving the streets with rev limit and nlts turned down just to get comfortable with it. Those are good numbers man. I’m no pro either but I’d be proud of it

TK's9d2TSi said:
I hear yah. Those are the easy gears

. I try to slip it a little for the 1-2 shift. What helped me was driving the streets with rev limit and nlts turned down just to get comfortable with it. Those are good numbers man. I’m no pro either but I’d be proud of it

O definitely. I am more than happy. Car has exceeded what I imagined when I bought it almost a decade ago. I appreciate the tips and encouragement.
Last edited: Jun 28, 2020
Kevin
'92 GSX
'96 TSi AWD

@llxkevinxll did you plot boost pressure vs rpm to compare the turbo spool on E85 vs 93? You made a good amount of torque more on E even during spool up. Is this because the car make boost quicker, or that your running more timing during spool?
Eclipse GS Turbo - MS2, E316g @ 25psi

silvreclips said:
@llxkevinxll did you plot boost pressure vs rpm to compare the turbo spool on E85 vs 93? You made a good amount of torque more on E even during spool up. Is this because the car make boost quicker, or that your running more timing during spool?
Click to expand...

The spool is similar. Roughly 4600 rpm for 20psi in 2nd gear, (not the best gear for measuring "spool" but it was where I spend most of my time). The power is made up in timing that the car would tolerate on the Holset that it wouldn't with the smaller Mitsu style housing.
Last edited: Jun 28, 2020
Kevin
'92 GSX
'96 TSi AWD

Been a long time since I have updated this thread. And a lot has happened in that gap.

Long story short, August of 2020, I was coming through the finish line at an autocross event for my final run and the car started breaking up. Before I could get out of it, there was a clang and the car shut off. Our best guess was a coilpack failure led to fuel build up in #3 and it bent so bad it knocked the cylinder wall out. (It still started and ran after this shockingly, but made a bit (a lot) of noise). I replaced that engine with the long block from my 1G, but it never seemed to run right. Upon taking that engine apart to re-ring and replace bearings, two pistons had ring lands cracked in half. Which explained why the catch can was filling so quickly and the car was not running right. The Talon now has a third engine, purchased from Ricky at Rix Racing. It has a 6 bolt bottom end with Eagle H-beams and JE 8.5:1 pistons, with a 2g head up top with Crower valve train, Crower 272s, and Ferrea valves, along with an Evo 3 Intake Manifold. Turbo setup has remained the same. 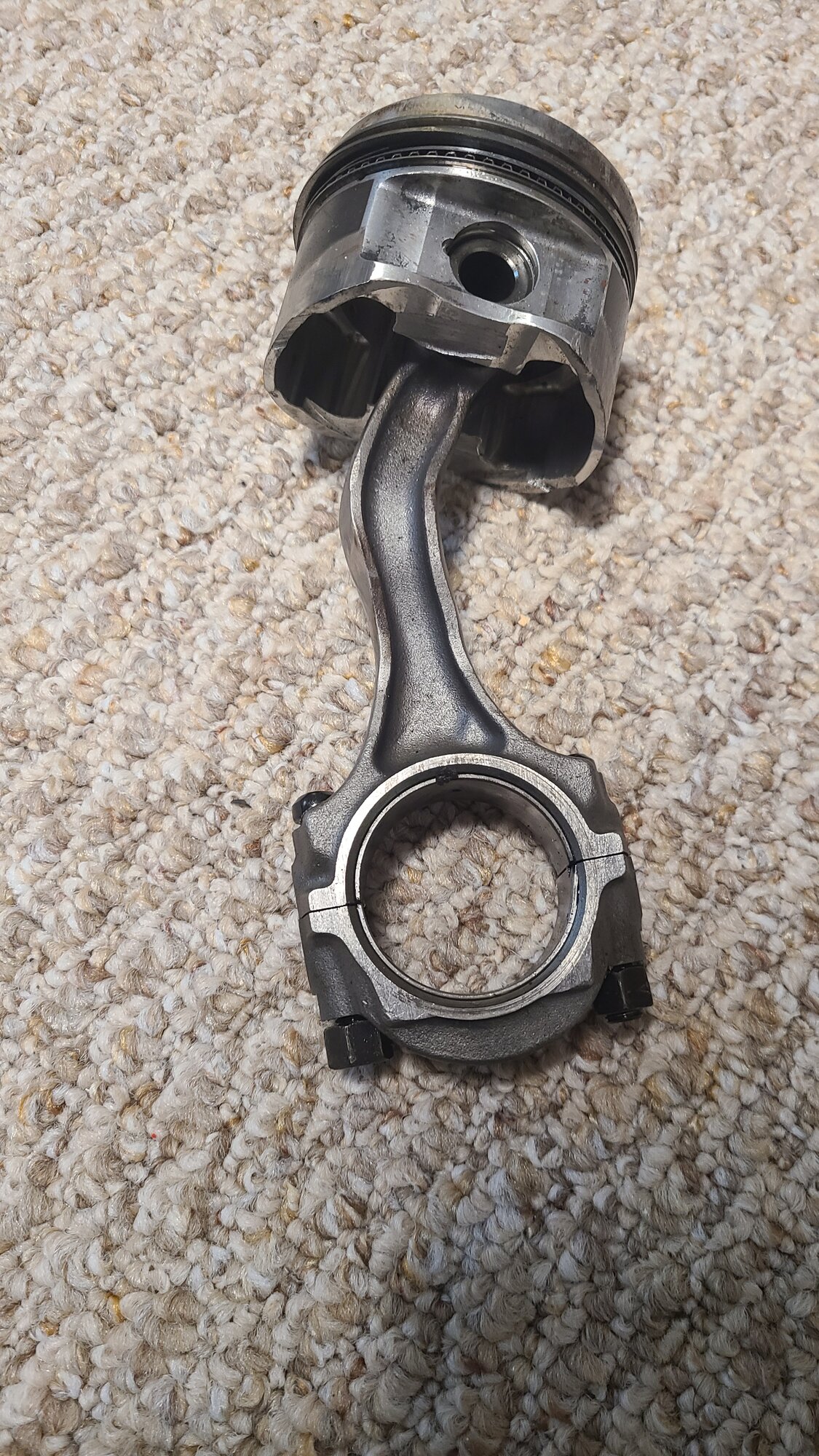 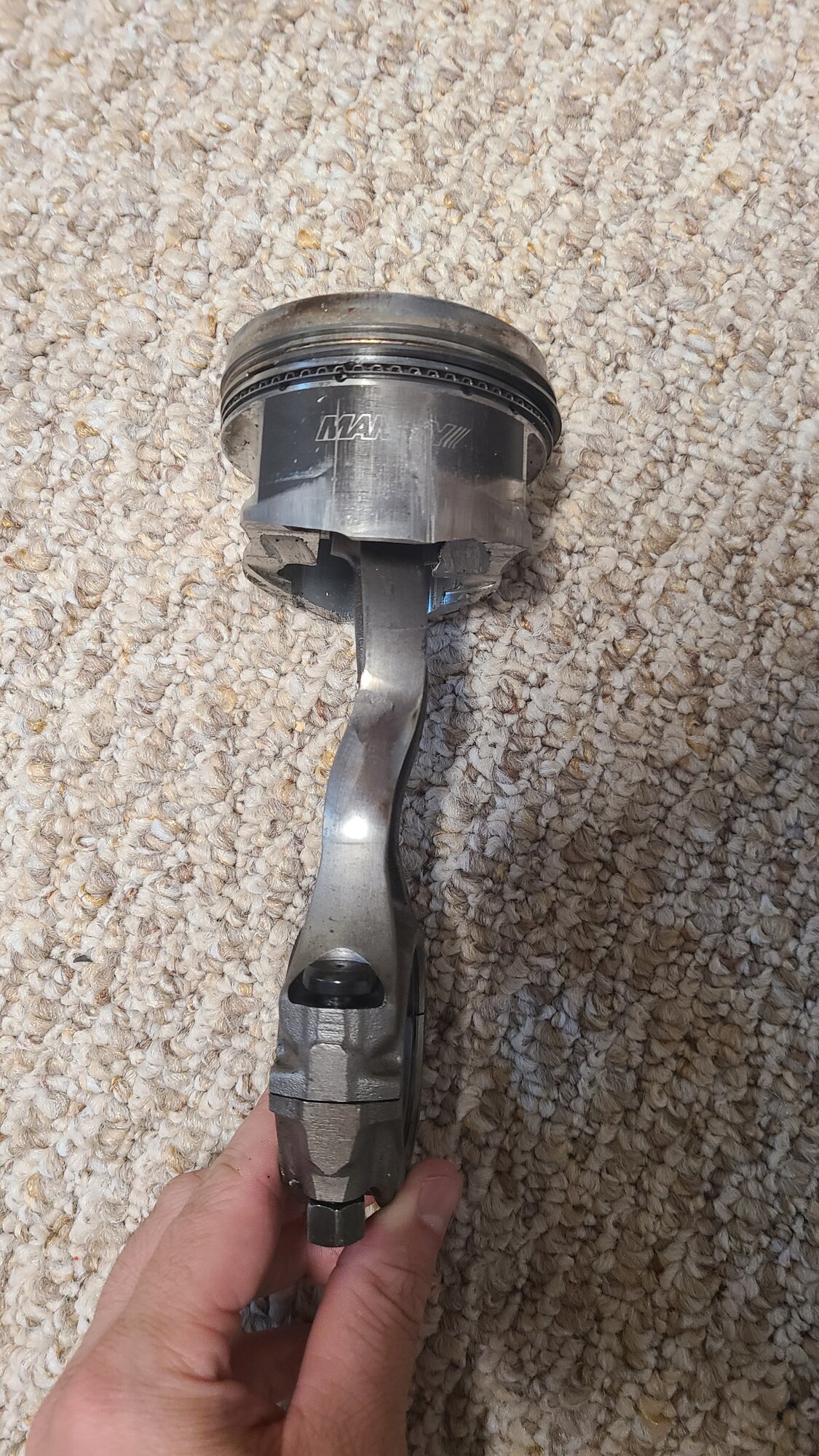 Possibly the most unfortunate part of this, was I finished 17/160 at that event, with many of the top 10 cars being slick tire, open wheel racers or dedicated track cars. The car was working, I just needed time to refine the suspension settings and my driving. The announcer even commented on how you "never see DSMs in that good of shape anymore, they are all on jack stands", which then immediately doomed the Talon to another engine failure. The capabilities of this car, and all DSMs, is undeniable.


The car feels really good on the new head/IM/cams. Much better than it ever did on the old engine, and that is without pushing it hard. I also have a mountain of parts to keep the car going for a long time. That being said, the Talon has proven to be down more than running, as is expected with any car making 200+ hp/L, but this has led to me lacking a lot of seat time to get my skill where I would like it to be. The car is also still not ready for any road race duty with the current cooling/safety situation, and driving the car to events farther than an hour away becomes a chore with solid/poly mounts throughout the car, no sound deadening, no balance shafts, no cruise, etc etc. That all being said, I did end up picking up a car to focus on using for Autocross and Track events, a 2022 Camaro SS 1LE. This car is ready to roll from the factory for what I want to do. Other than a catch can (to combat direct injection induced valve coking) the car won't be modified in any way for the foreseeable future. 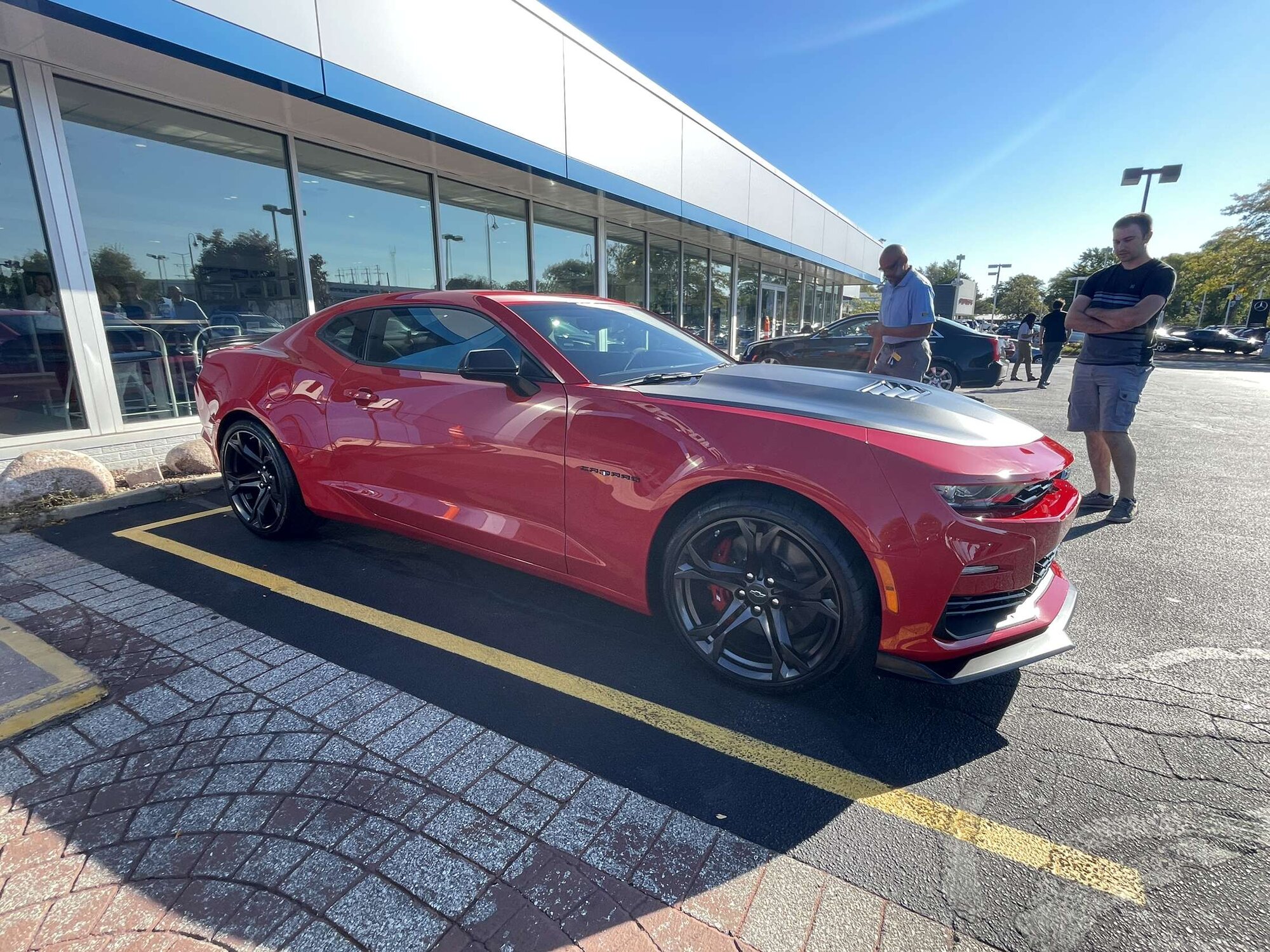 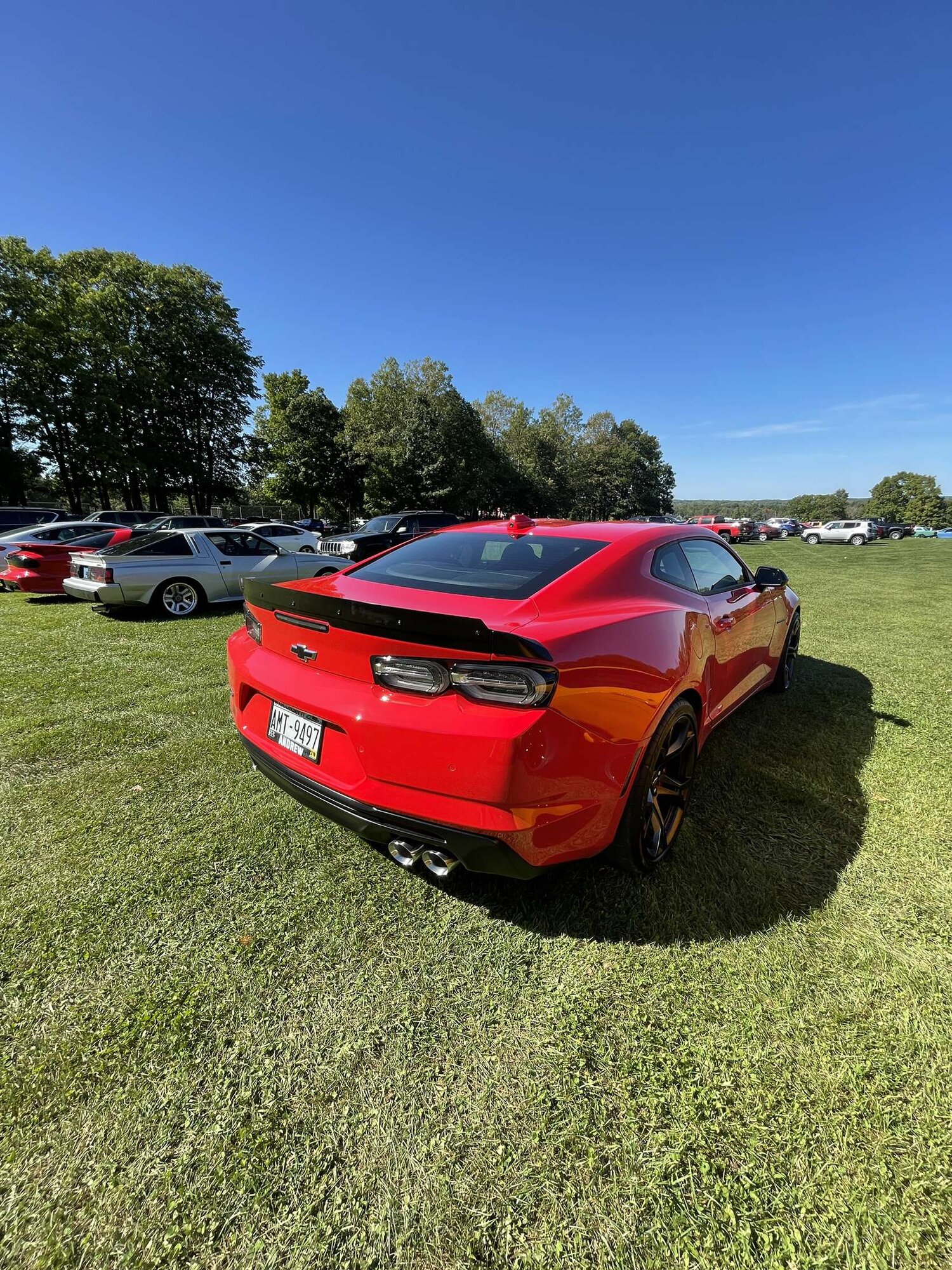 I come from a GM family, and was raised by my GM tech father, so the car choice was a no brainer. This car will actually by the 4th Camaro currently in our stable. On top of wanting a car to race, I ordered this car specifically to match my father's 1980 Z28 that he ordered new 42 years ago. A car he still owns, and races, to this day. 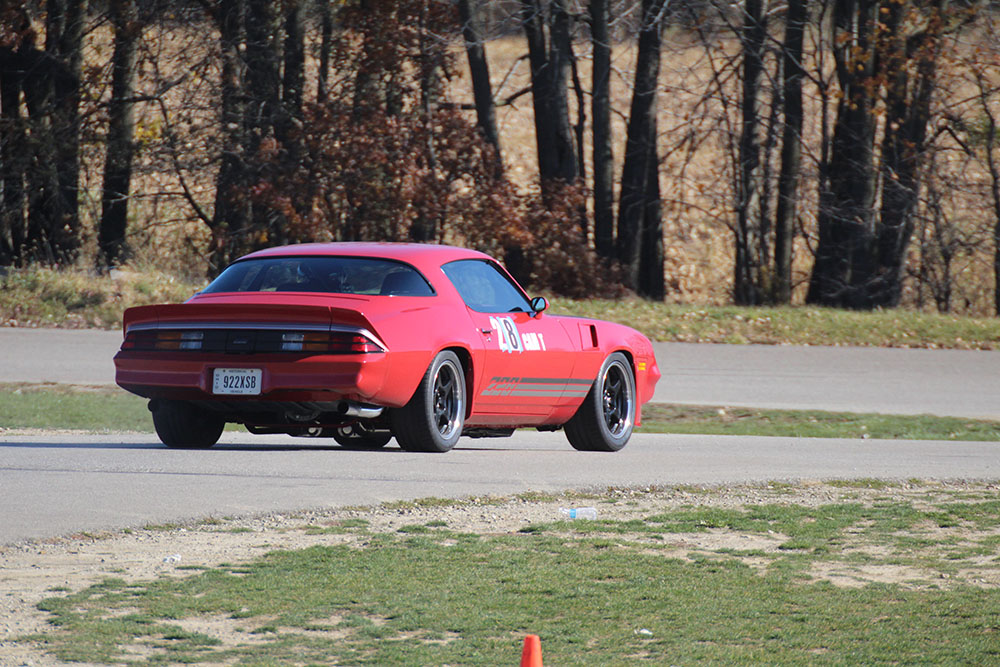 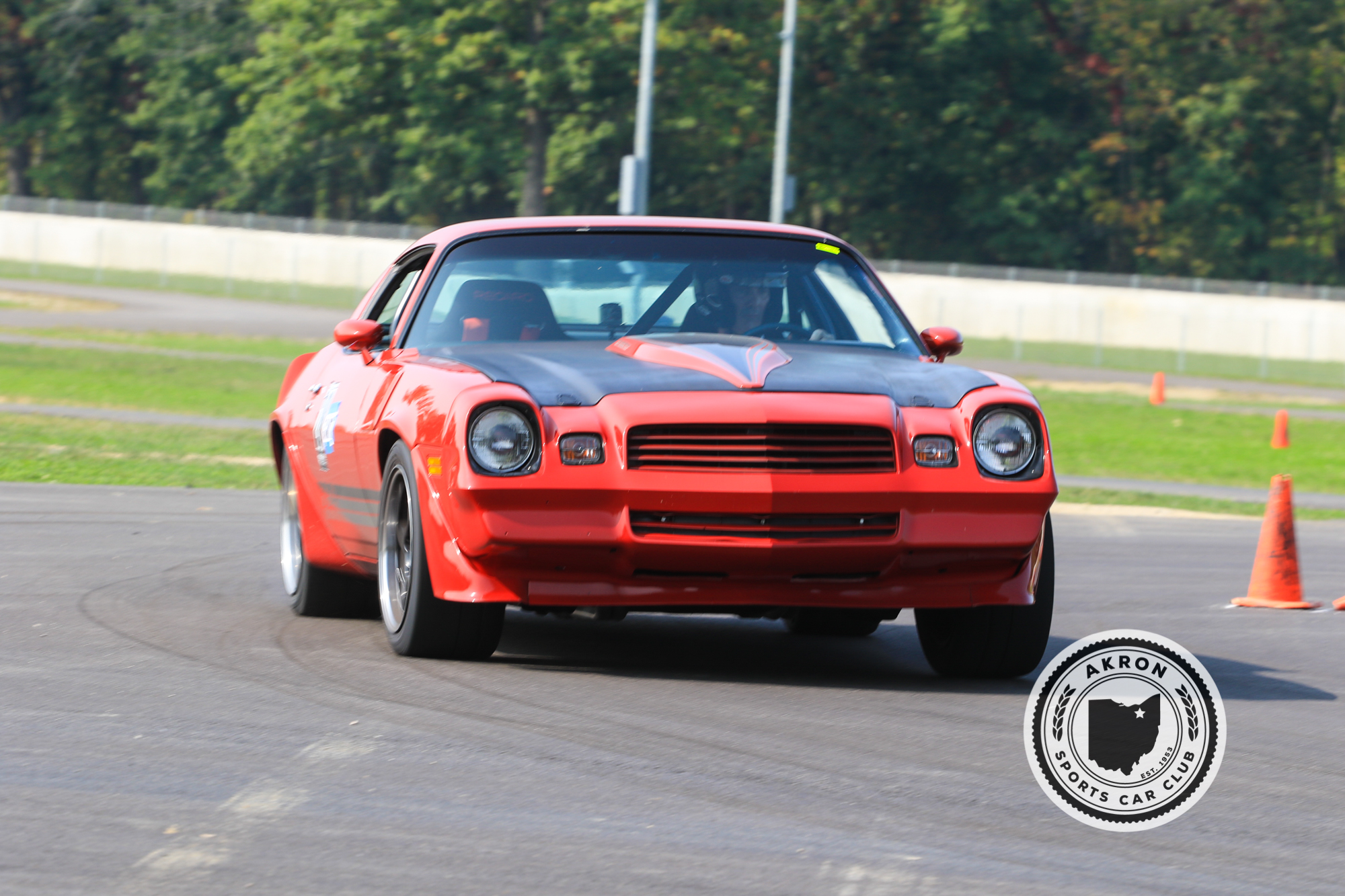 The Talon has taught me everything I know about working on and maintaining cars, tuning, etc. And I will continue to cherish (and drive) this car. There is still more to do, the interior being high up on that list (seats/harnesses/roll bar). But it will serve a different purpose going forward for sure. 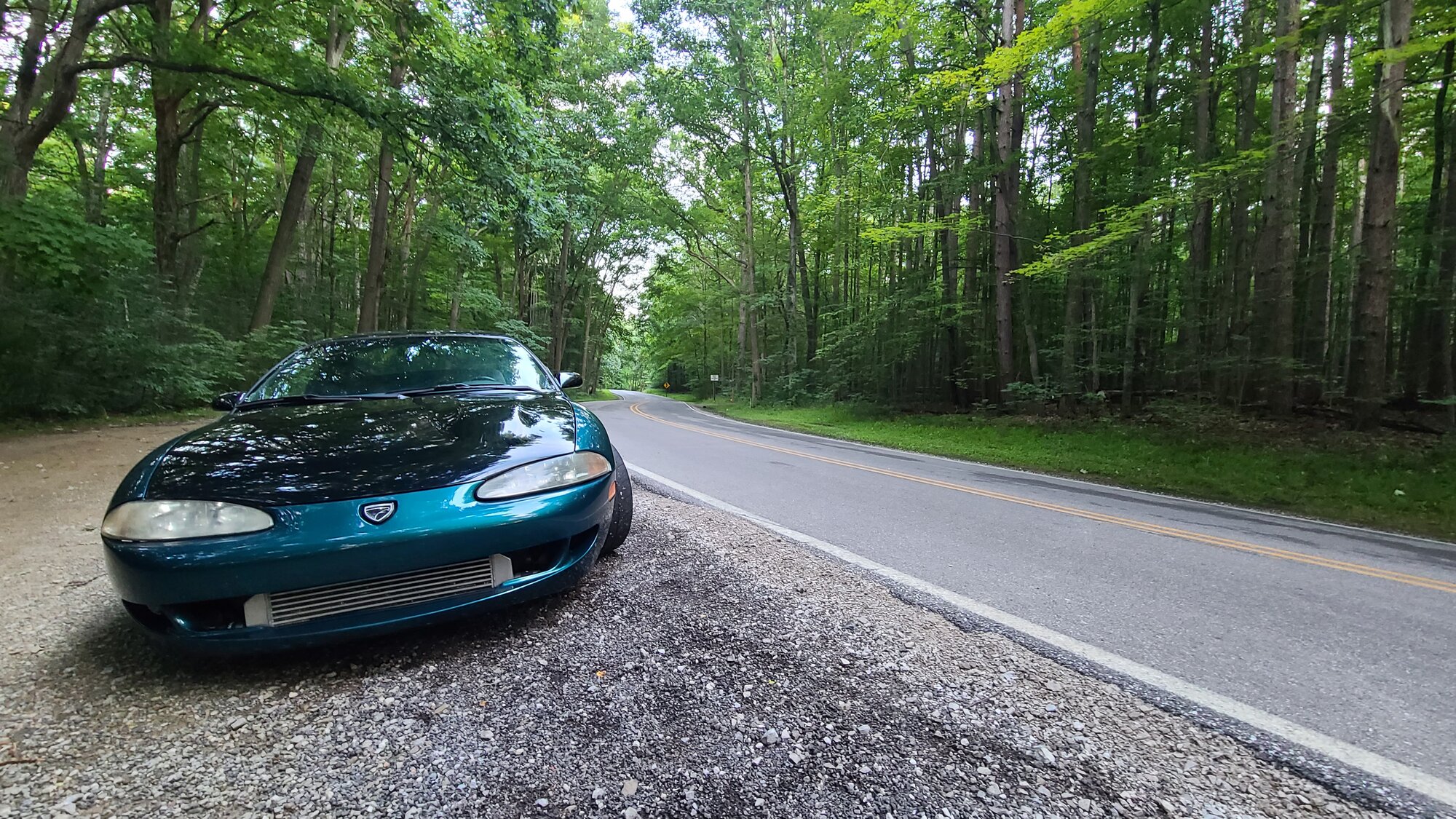 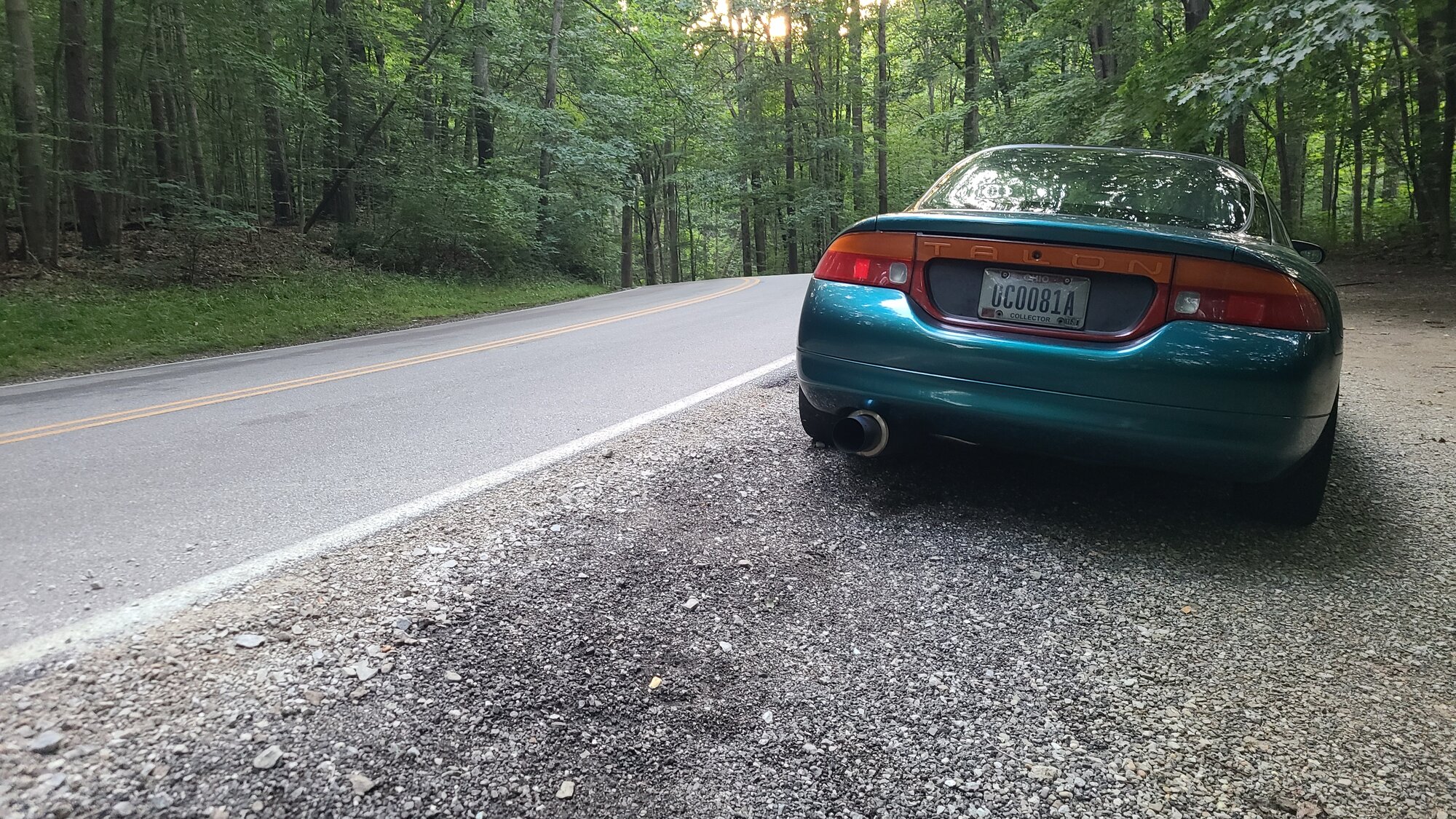 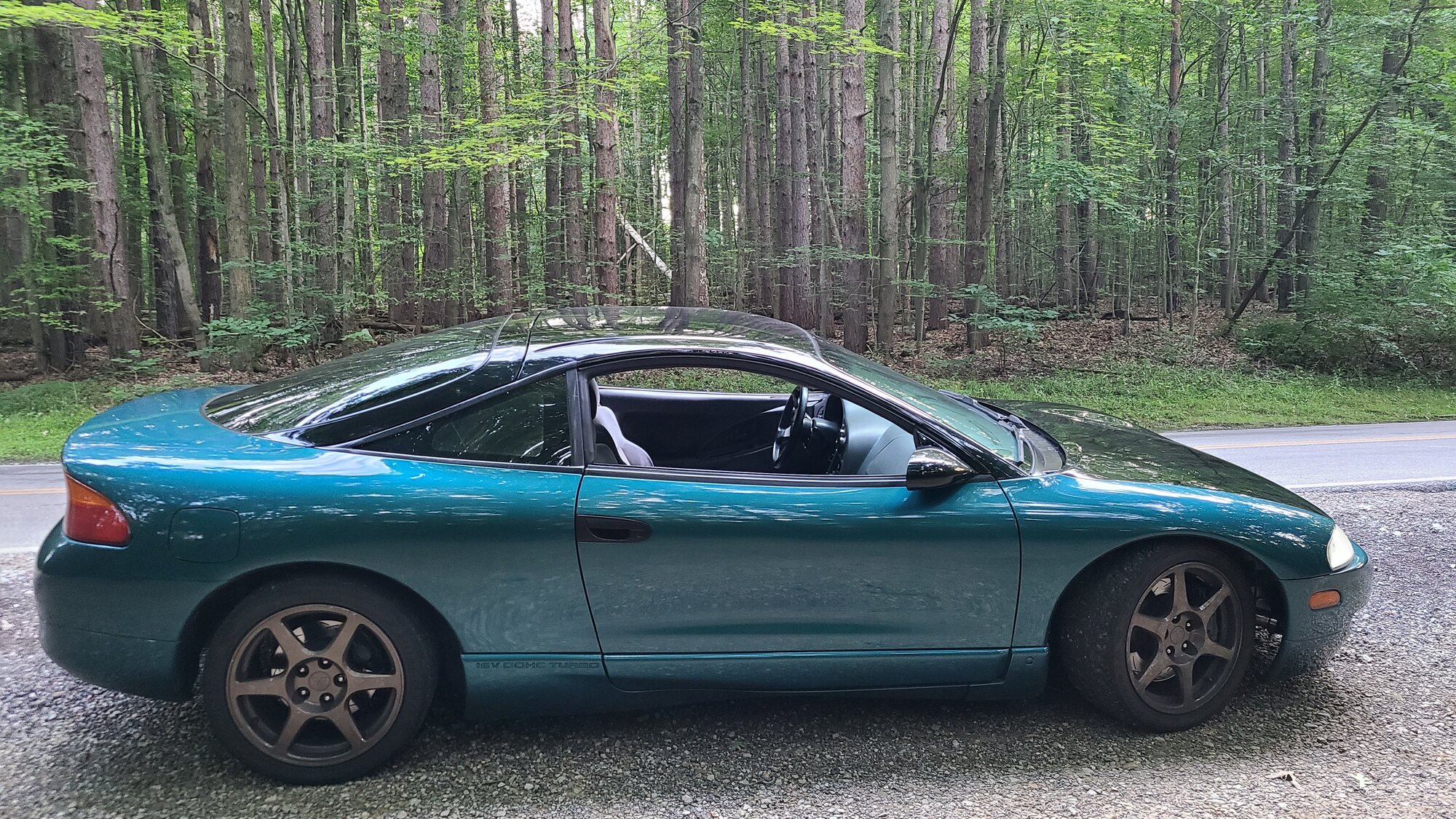 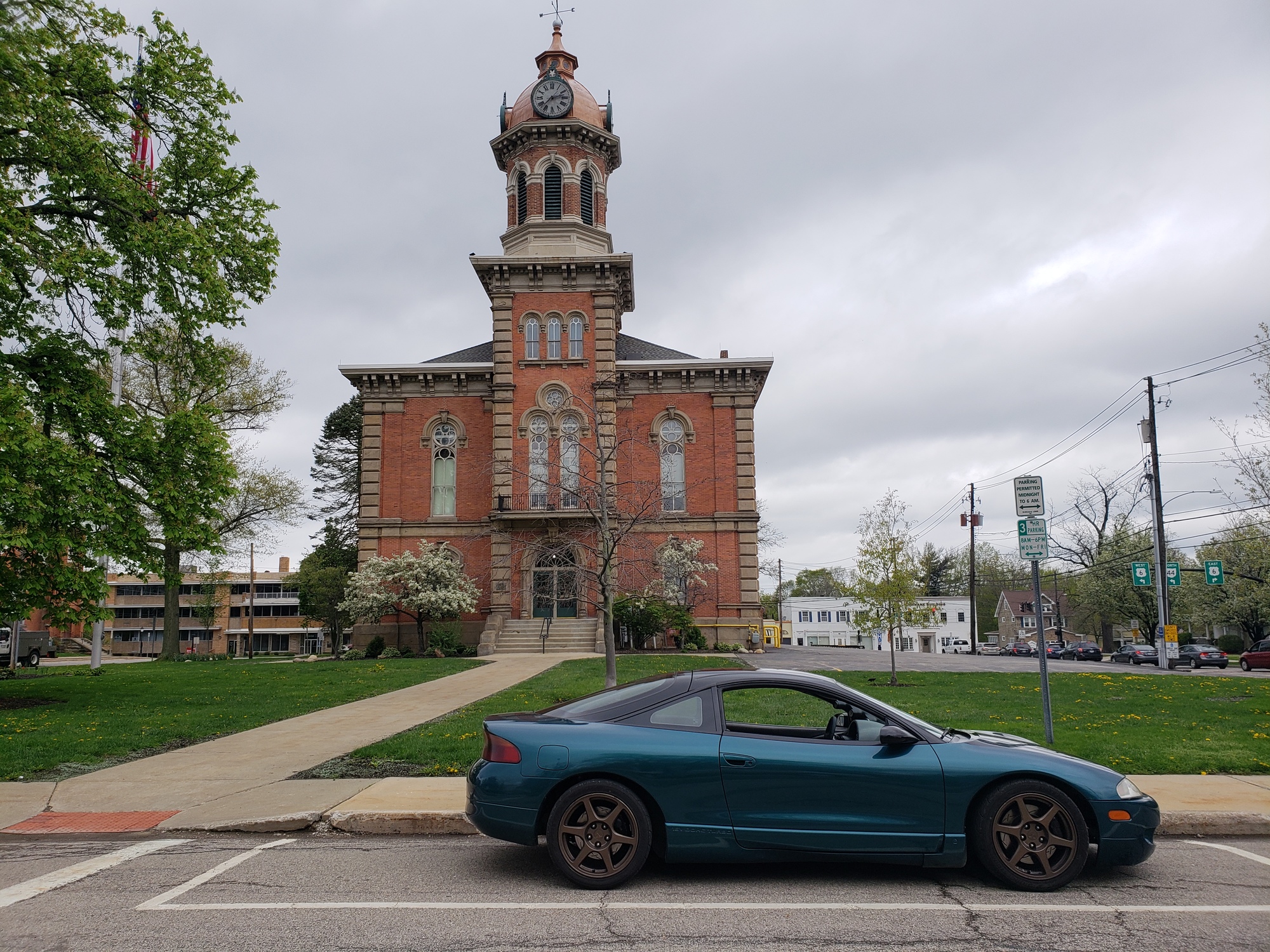 . They always seem to be a jinx whenever they’re announcing games. Awesome you got a Camaro to match your fathers. His car looks to be in great shape

. They always seem to be a jinx whenever they’re announcing games. Awesome you got a Camaro to match your fathers. His car looks to be in great shape

Ya his is in excellent condition. No winters and meticulously maintained (and modified) over the last 4 decades and ~55k miles. 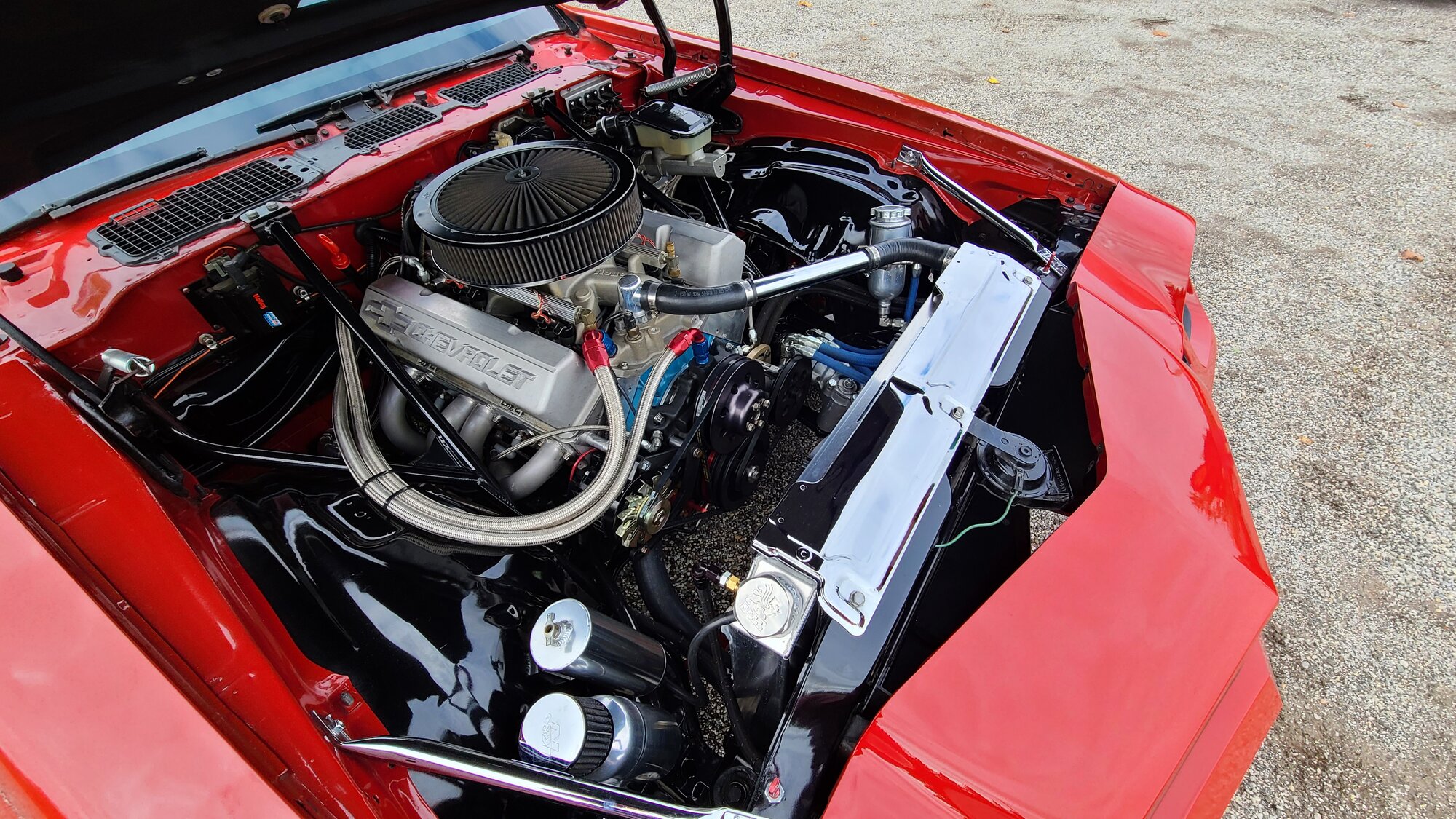 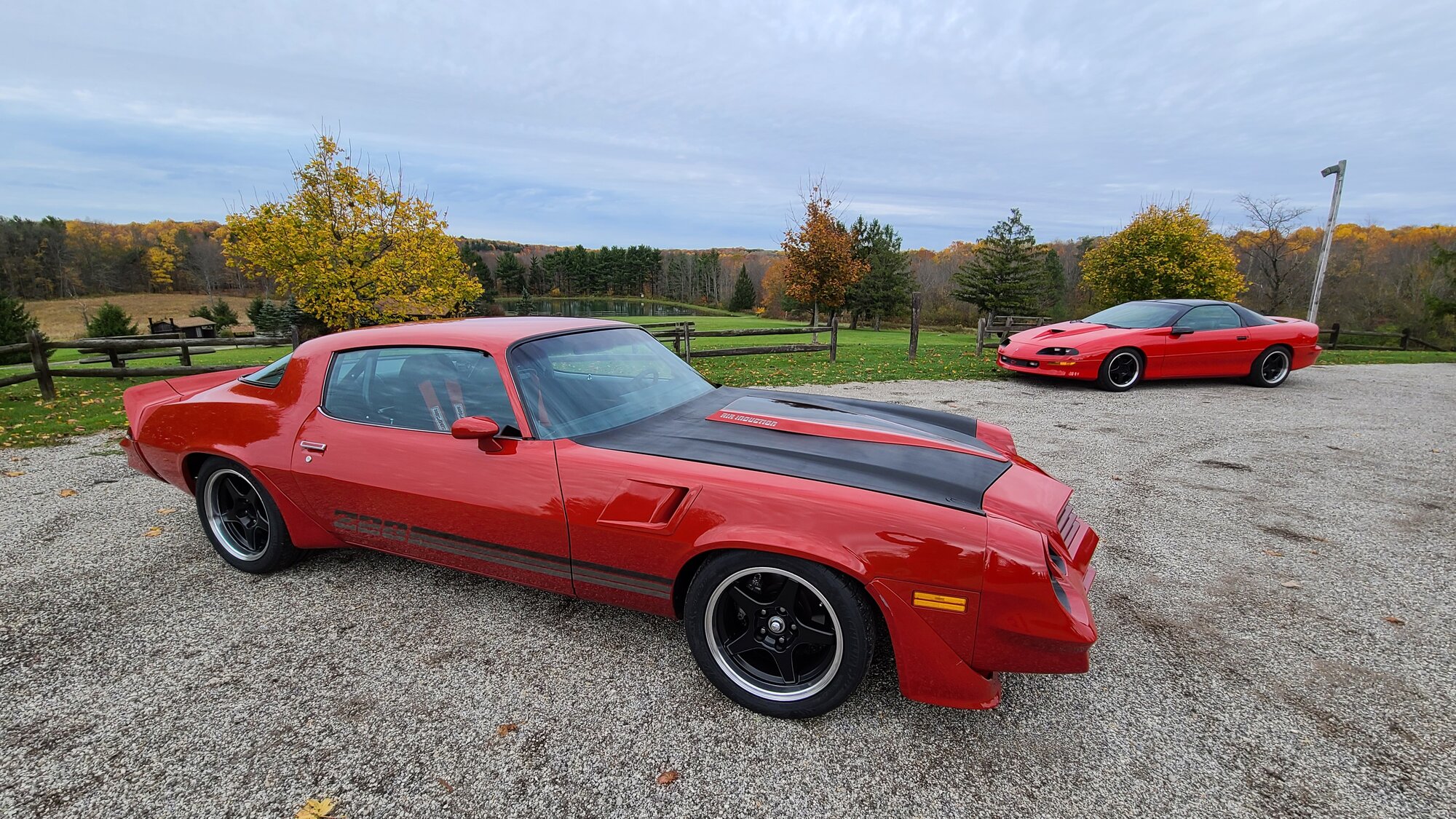 I have been sitting on this ExtremePsi oil cooler kit for about four and a half years and finally got motivated to get it on the car. I definitely have a cooling issue in this car when the ambient temps start climbing. I blame the poor airflow of the 2Ga Talon front bumper and the lack of factory ducting to get any usable air up to the radiator. I am hoping this helps keep temperatures down but I will for sure need to get the radiator more air. 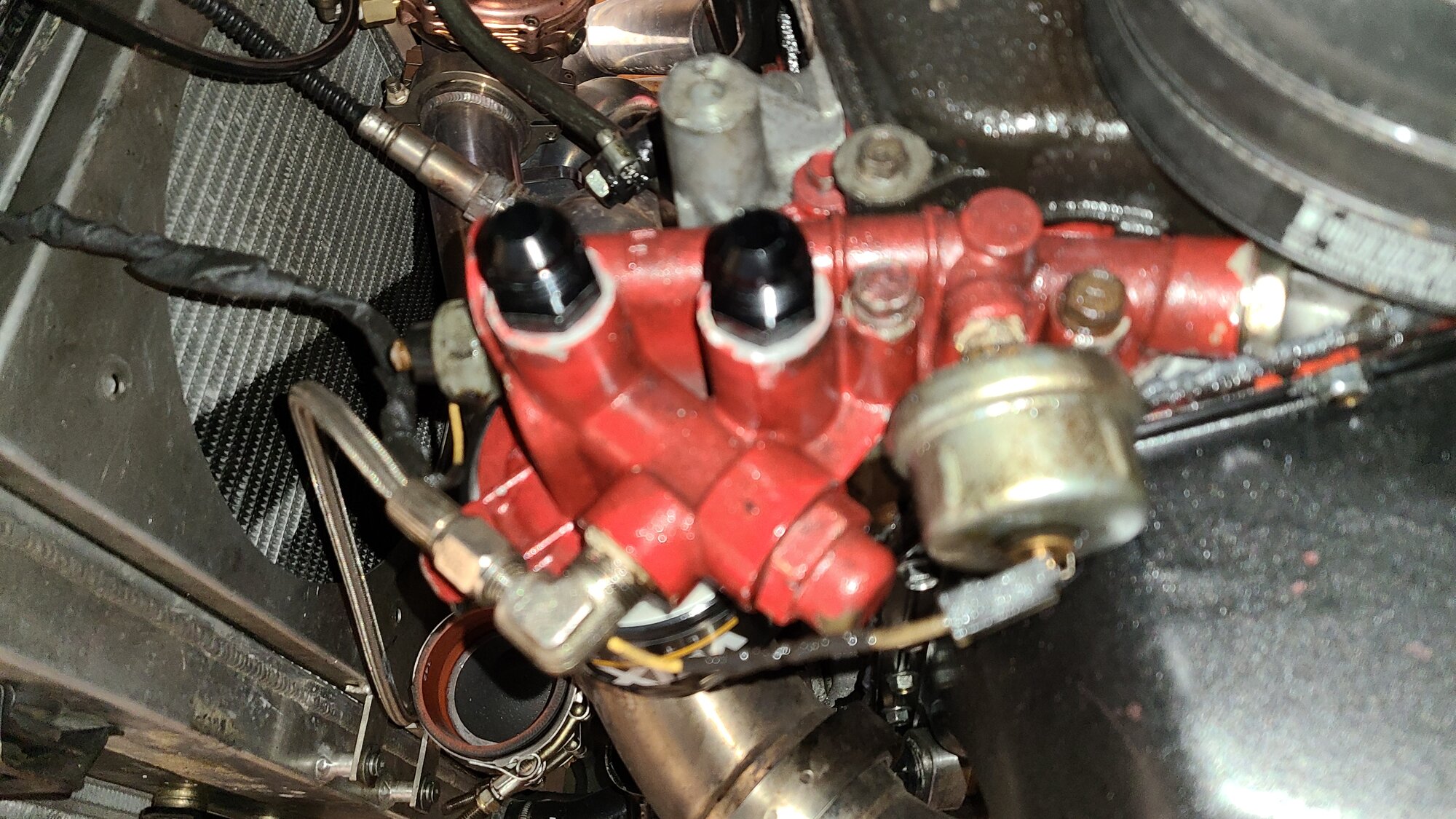 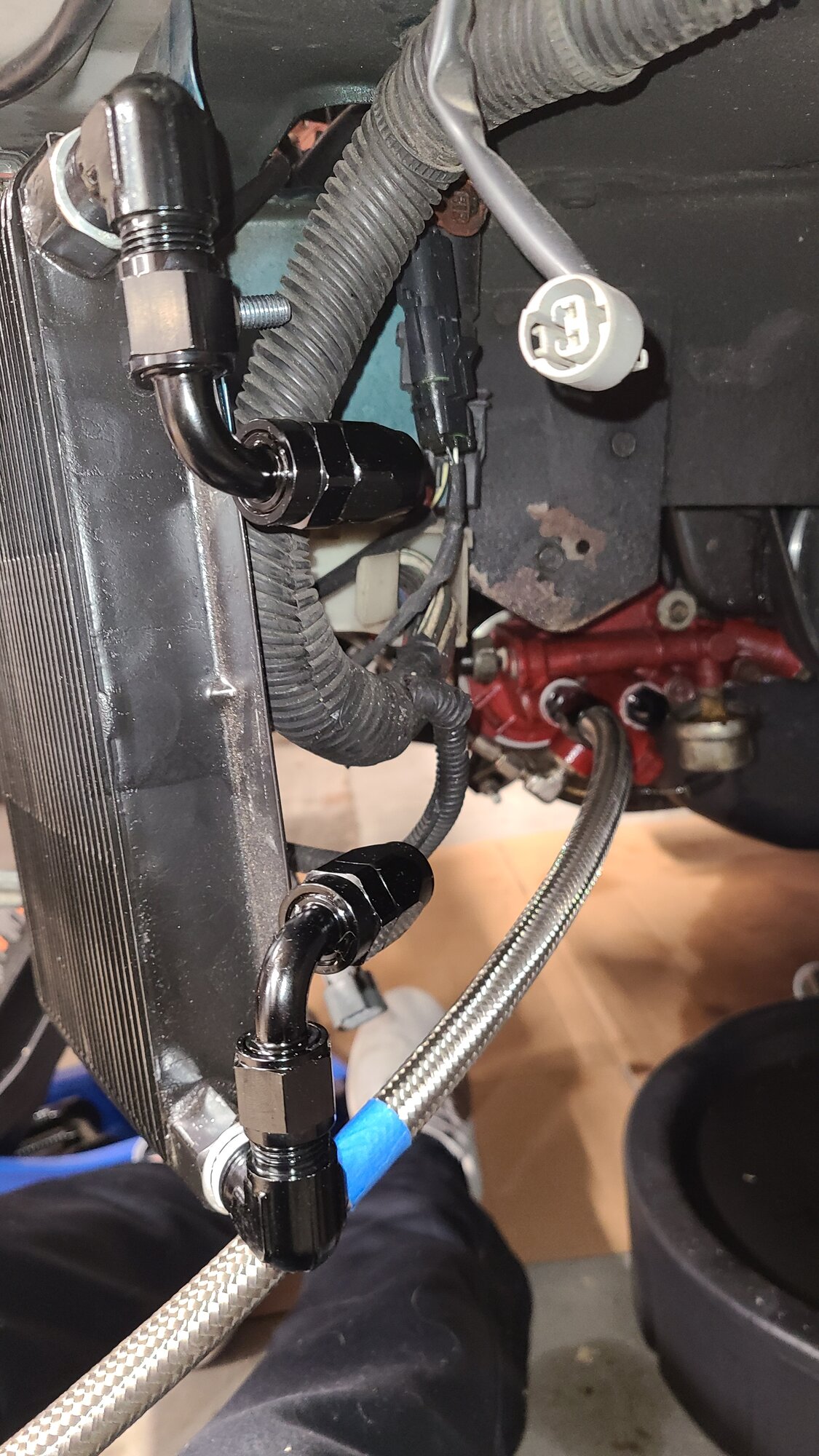 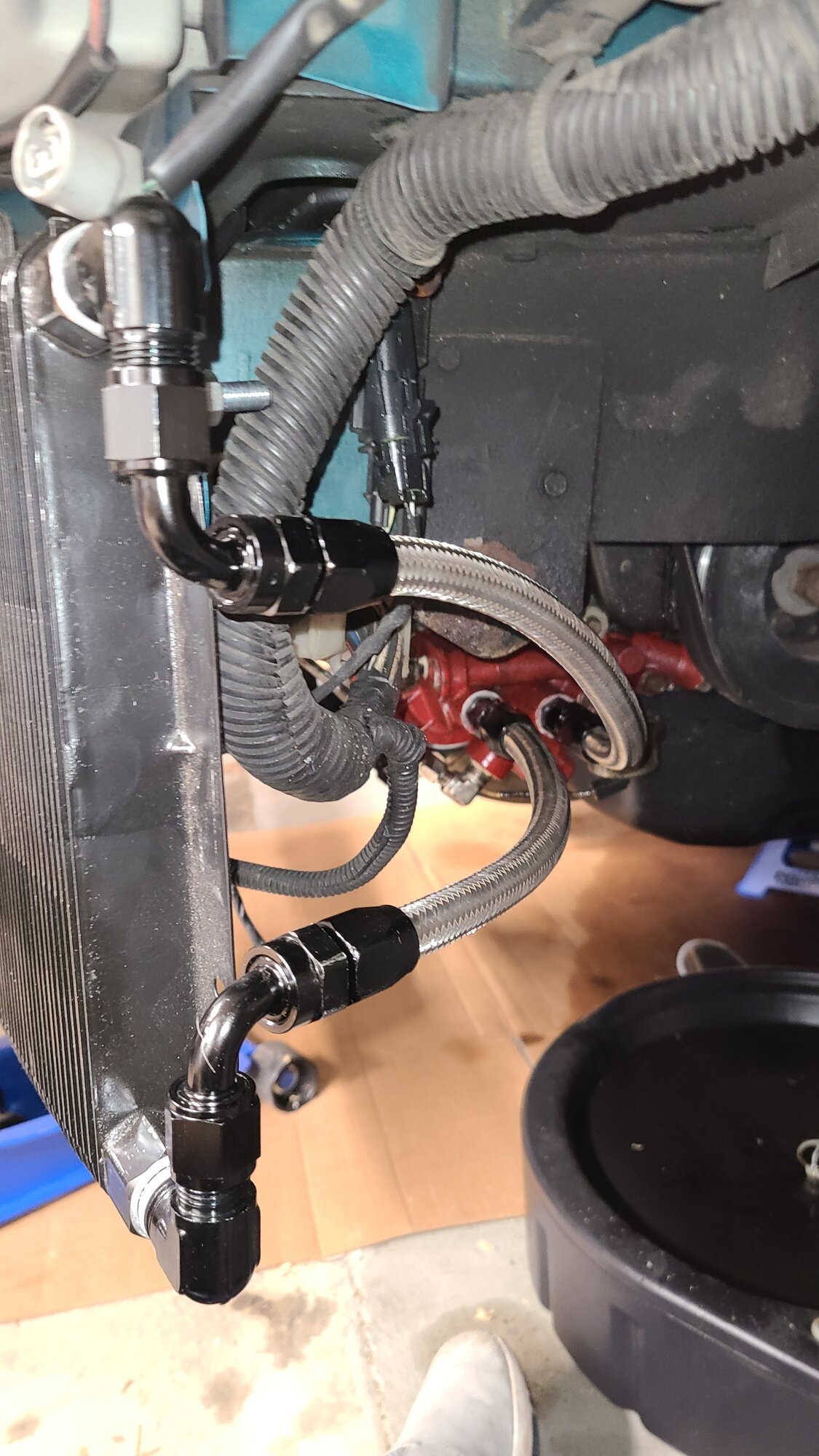 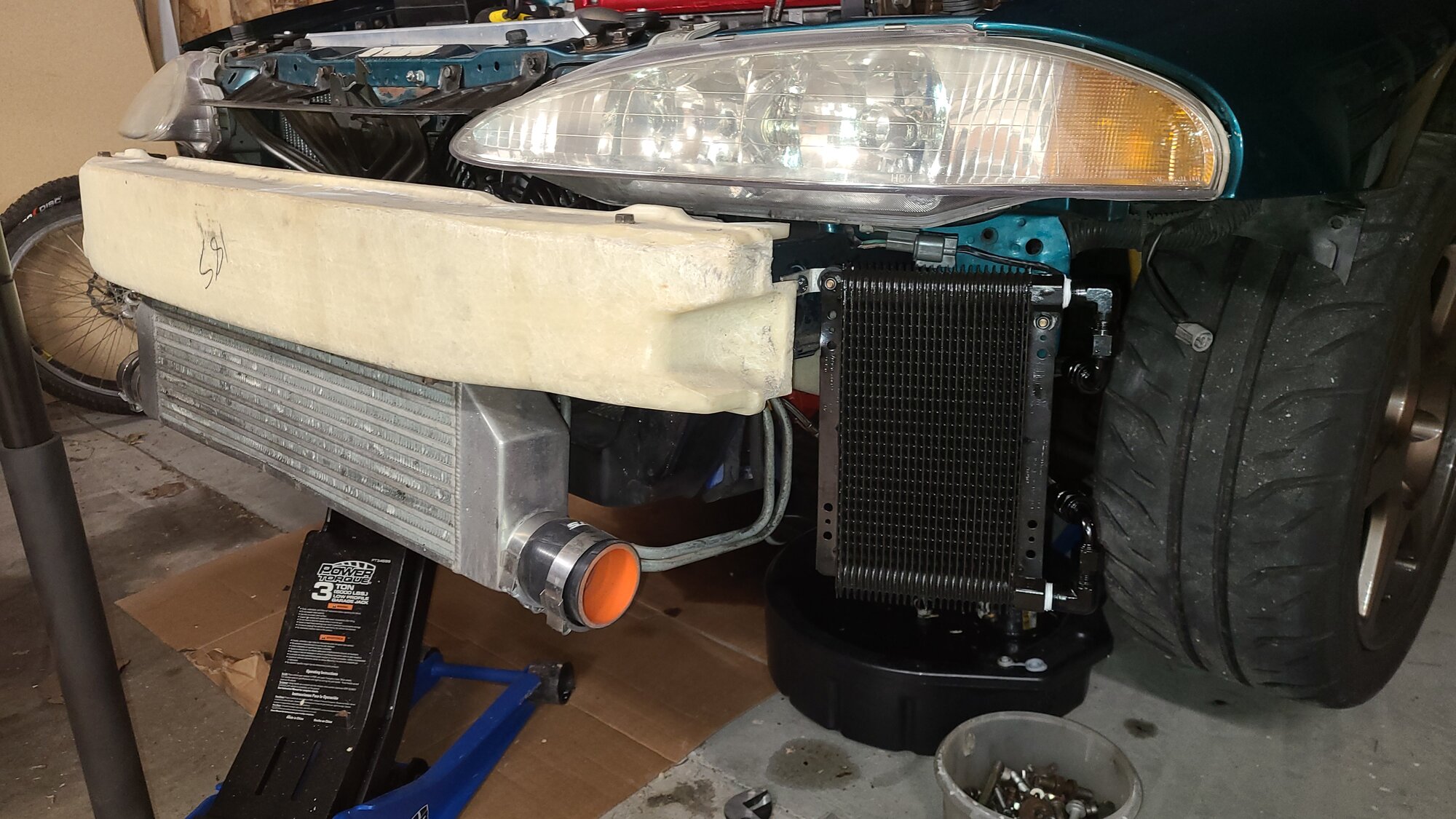 I have been driving the Talon quite a bit this spring. Playing around in ECMLink and dialing it in on the new engine using the old tune as a base. It has been a fun learning experience and the tune is pretty soft for now. I will look to turn it back up in the near future. In that time I did do my first track day in the Camaro! Something I might try in the future in the Talon but even after 10+ years of working on it, it still isn't quite ready for that. So I will continue plugging away on things I want to improve or change on the Talon (alignment, re-tune, radiator airlow improvement, seats/harnesses/roll bar, built driveline if I feel the need/break this trans that has held up for the past decade I have had it and I am sure many hard years before that. The Talon will be a work in progress forever I am sure haha.

I had been experiencing intermittent issues with the fuel pump not working. Turned out to be a burned connector. So I took the opportunity to rework the entire fuel pump rewire setup. New Sheridan Engineer connector kit and re-routed wiring with a new relay. 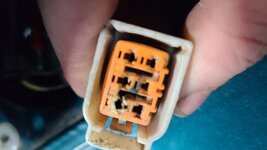 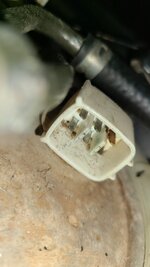 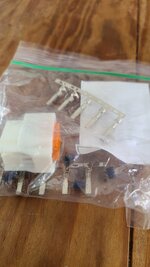 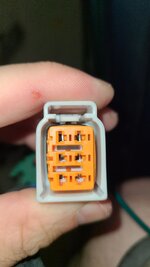 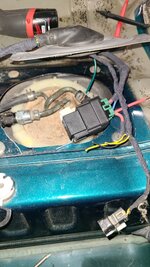 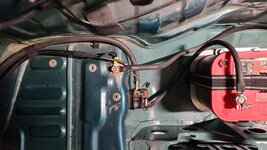 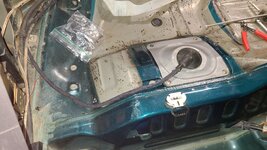 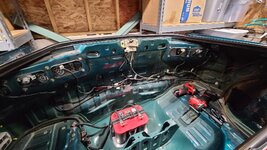 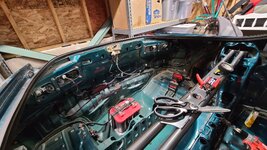 After nearly 2 years since the last time I ran this car and lost the engine, the Talon has made it to another autocross event, competed, and driven home. Big accomplishment for this car. The car continues to be in the best/most reliable shape it has ever been with the Rix Racing 6 bolt. Couldn't be happier. The HX35 will never be the perfect autocross turbo, even with the Morrison TS T3 setup, but the car is still relatively competitive on the small courses like this one. And again, it survived, that was the goal. 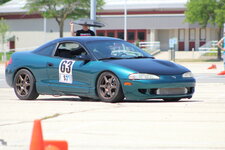 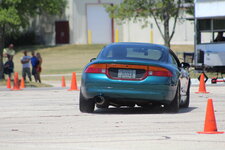 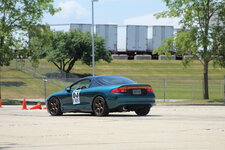 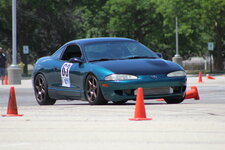 Looks great! Gives me hope for mine

chrisman287 said:
Looks great! Gives me hope for mine

2022 Camaro SS 1LE
You must log in or register to reply here.