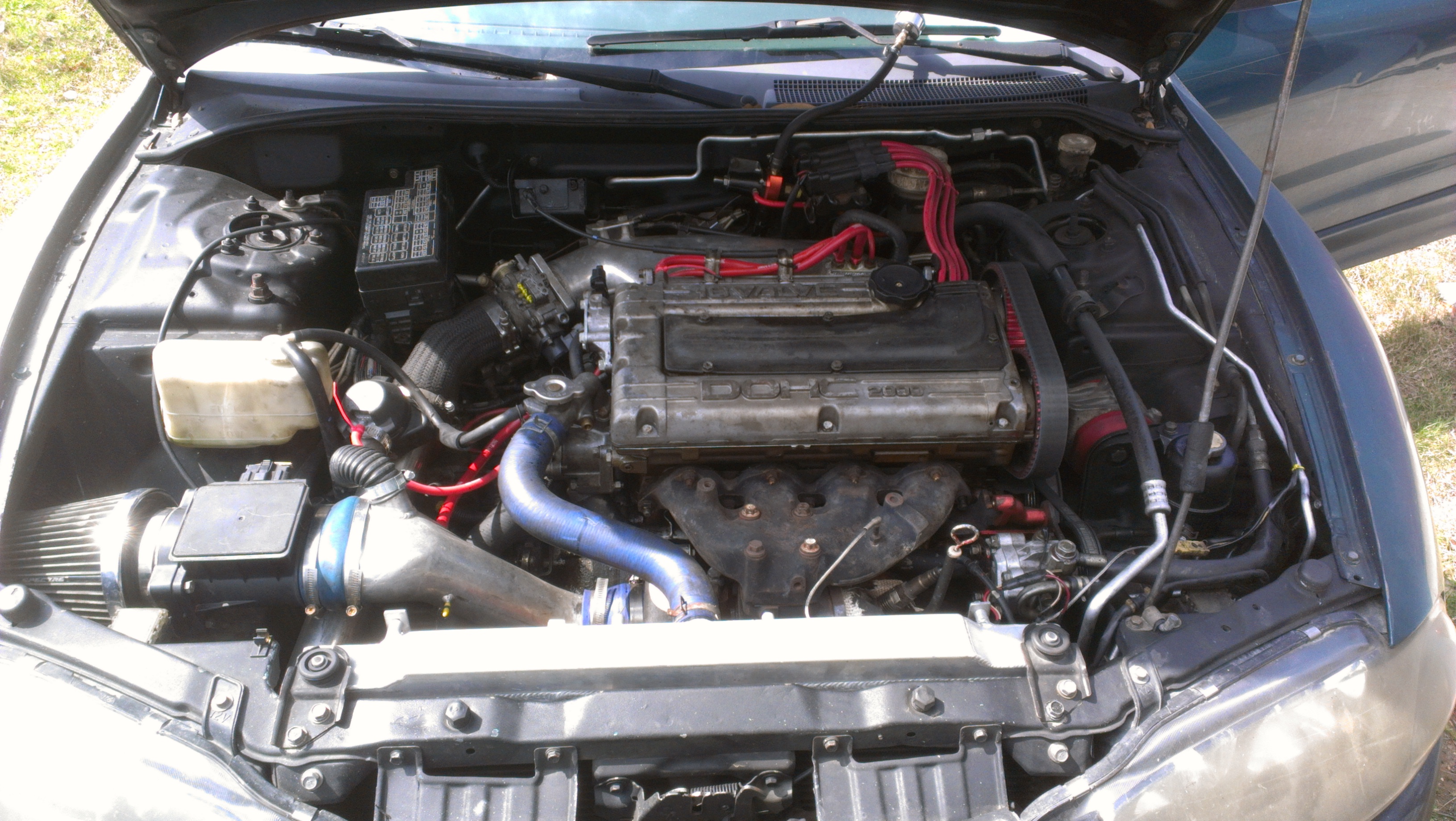 Mods-Handling
Tien coilovers, and willwood big break kit off of a 240sx

Background
Bought the car in 2010 bought it to build instead of my 90gsx. The spyder had a bad auto trans and paint. Got it for $300. I scraped the 90gsx as it was flooded in hurricane katrina and was going to need a total restoration. What parts I got for it went on to the spyder. At first I tried to engineer a 4g64 auto swap for it but the 64 tran was bad and never got a chance to see if my mods worked. Then I did a mt awd swap. Now 5 years later, 2 engines, countless transmission installs, I am finally getting some where.